I was researching material for a blog post about the town I grew up in (Toms River, New Jersey) and accidentally stumbled on something completely unrelated that I find deeply disturbing on multiple levels. It was a roadside memorial dedicated to a fallen soldier. I looked up his name and realized that he had gone to my high school and his family lived very near the house I had once lived in. United States Navy SEAL Denis Miranda was twenty four years old when he perished in Qalat, Afghanistan. He has two surviving brothers on active duty. 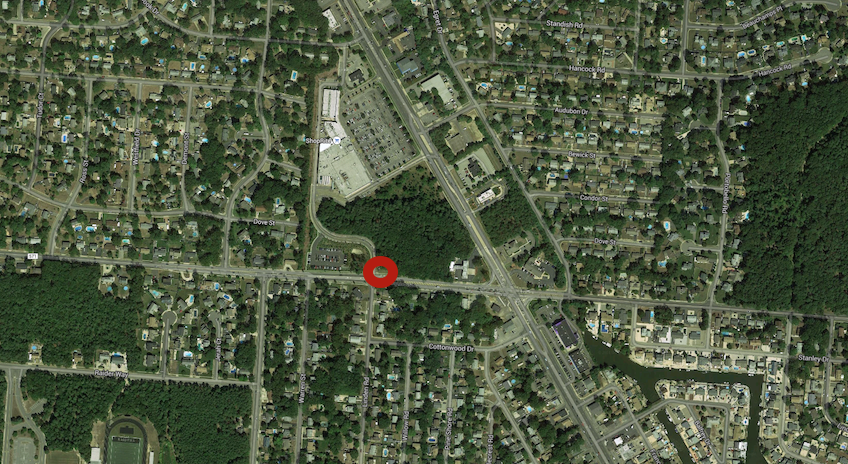 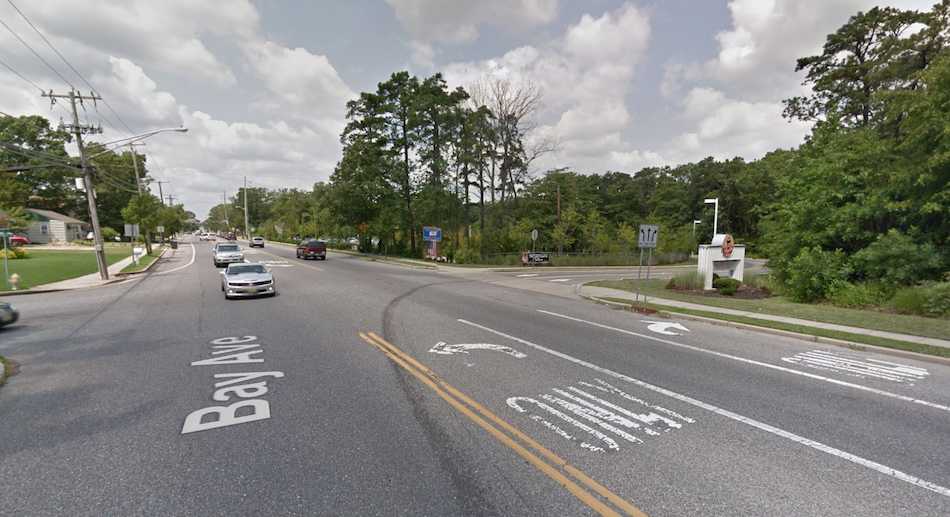 Denis Miranda is currently being “honored” by a cheap metal highway sign at the back of a ShopRite supermarket next to the employee parking lot and a storm water retention ditch. The chain link fence behind the sign is used to pin up banners advertising cold beer on sale. It isn’t dignified enough to commemorate the death of a native son. What exactly is his mom supposed to think as she drives past this sign on the way home from church? Is it comforting? Do his father and brothers meet at the sign to have a solemn moment of prayer and remembrance while summer traffic backs up at the intersection waiting for the light to turn green? Is the placement of the sign meant to inspire passing motorists to think deep thoughts about the nature of war and patriotism? And what does this kind of monument say about the way our society values its fallen? What does it say about the fact that this might actually be the best spot in town to express public gratitude or collective loss? 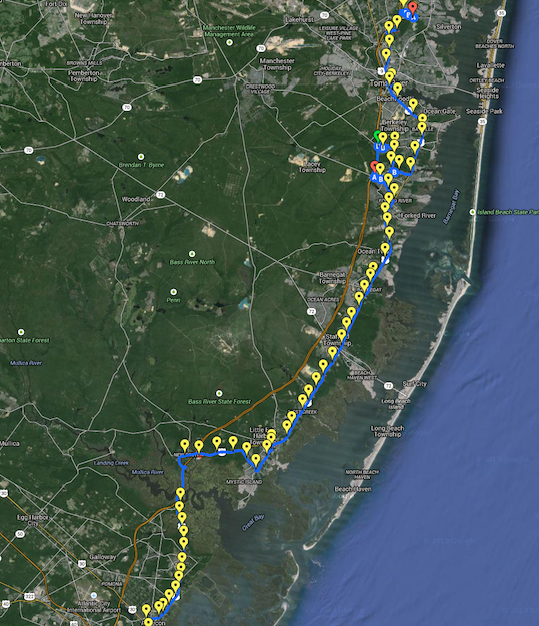 Then I realized there was an entire state wide trail of these memorial signs all along the New Jersey coast, each marker representing a veteran who never returned home. The tragedy of all those lost lives and family sacrifices worked on me and I got angry at the memorials themselves. Is this really the best we can do? 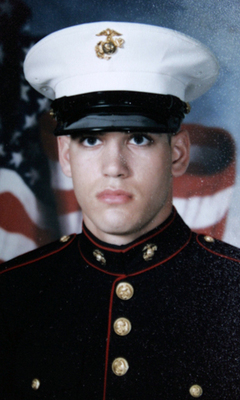 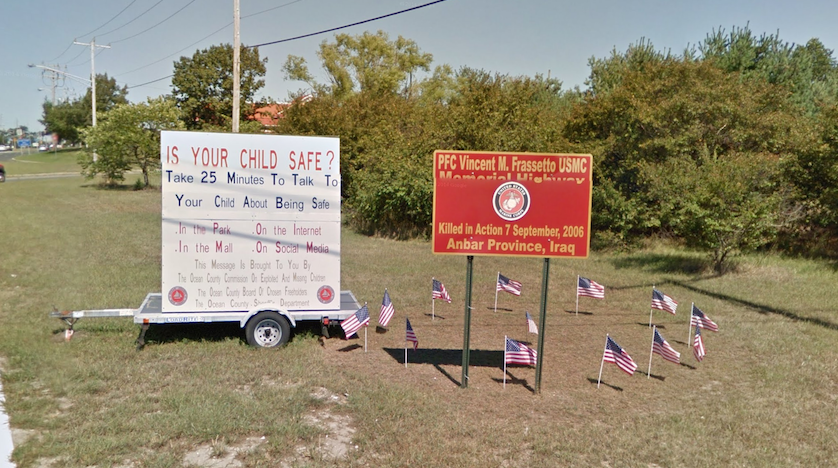 This is the sign commemorating the loss of Marine Private First Class Vincent Frassetto who died in Al Anbar Province, Iraq. His memorial is on the side of a cloverleaf intersection near the Ocean County Mall. This same roadside spot is also favored by people placing signs advertising rug sales and warnings about pedophiles who may be lurking in public places. Will anyone ever make a pilgrimage to this sign by parking on the edge of the mall and walking across the grassy cloverleaf with loved ones to ponder the life and death of Vincent Frassetto? Or is the public assumed to be too busy to get out of the car so we better catch them while they’re trapped at a red light? Again, the quality and location of the memorial simply isn’t in keeping with the scale of the sacrifice. Major James Weis of the U.S. Marine Corps died in Helmand Province, Afghanistan. Here’s his home town roadside war hero monument. It got me thinking about the people who organized these memorials – all devoted and well intentioned no doubt. Did they truly believe that these arrangements were appropriate? Were the folks on the committee looking around for a sacred place of honor and decide, “Hey, how about we put these cheap highway signs next to the left hand turn lane by the muffler shop and the Krispy Kreme.”?

So… where exactly should we put memorials to fallen veterans these days? What form should those monuments take? We used to live in the kinds of towns were there were obvious places to erect an obelisk or a bronze statue. Now most of us live in tract home subdivisions, work in office parks on the side of a highway, and shop at strip malls. Could it be that these flimsy sheet metal markers reflect our true values and who we really are? Am I the only one who thinks this is weird and distasteful?

6 thoughts on “Is This Really the Best We Can Do?”