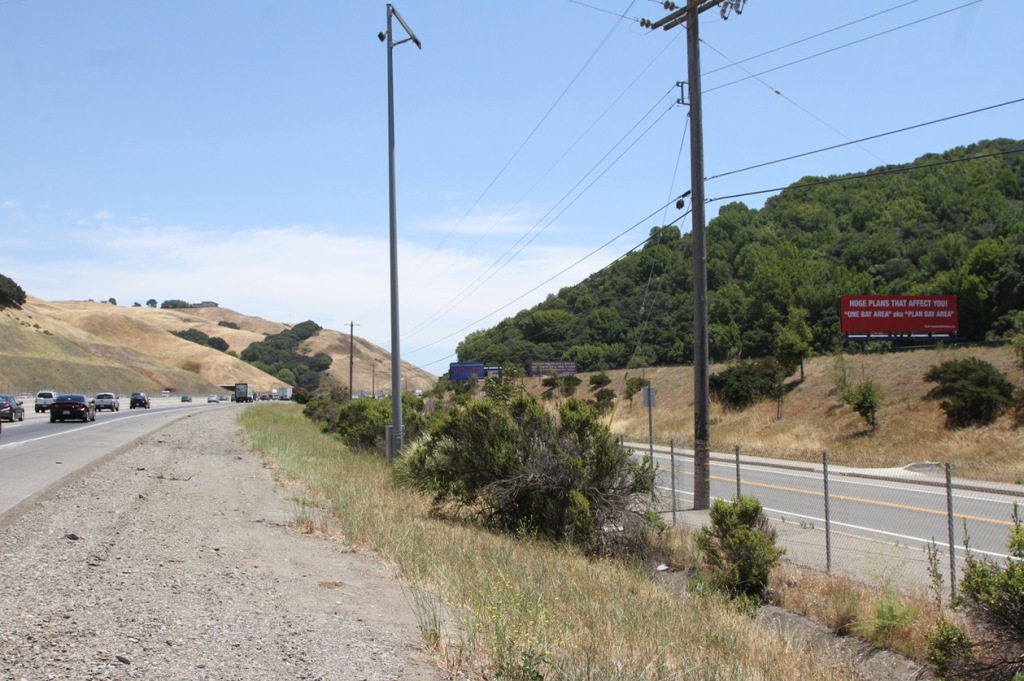 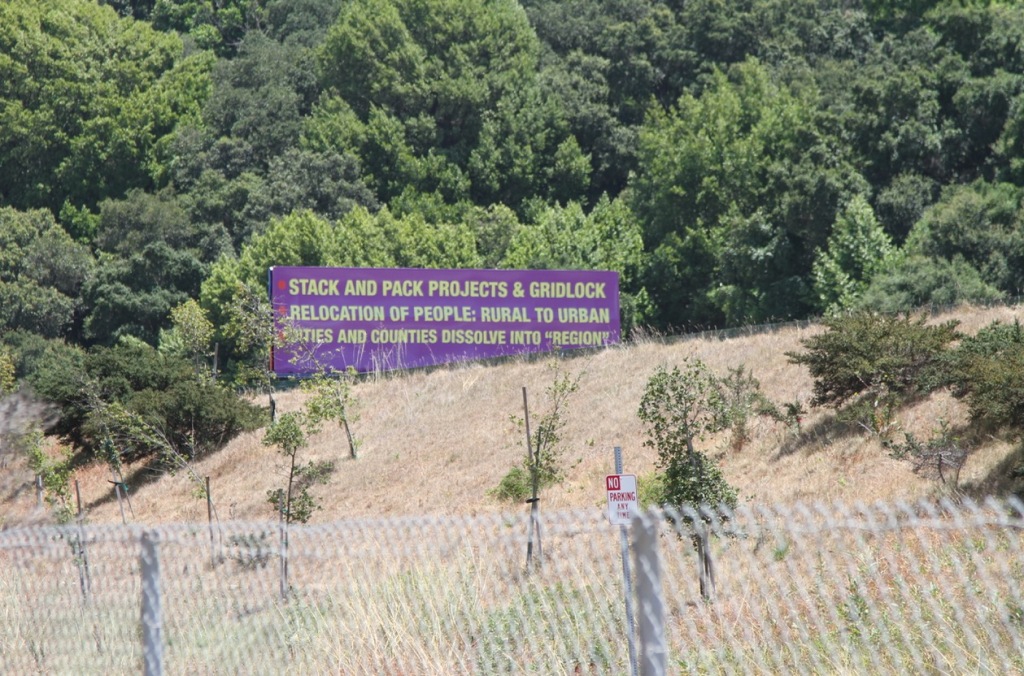 I drove out to a distant suburb this afternoon to attend to some business and I passed by a cluster of billboards on the side of the freeway that got me thinking. The general gist of the slogans asserted a conservative anti-government anti-urban rebellion. These are clearly people who don’t want density and public transit imposed on them by pointy headed liberal idiots. I have to admit I have some sympathy for this perspective, although probably not for the same reasons as the billboard people. Their knee jerk reaction makes clear what they don’t want, but offers no alternative response to the underlying difficulties faced by the inevitable urbanization of rural areas. 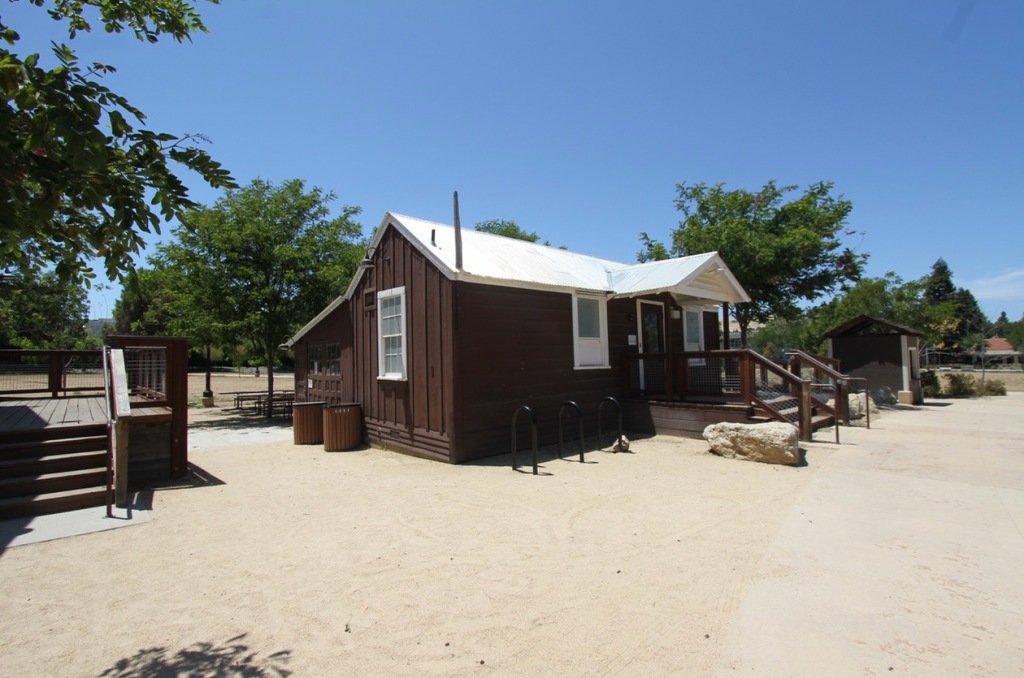 Here’s the fantasy of how this particular area should remain: bucolic landscapes, family farms, charming old homes, and delicate churches with little graveyards out back. But these are all part of a heritage park. School children are brought here to learn what the place was like in the 1850’s. 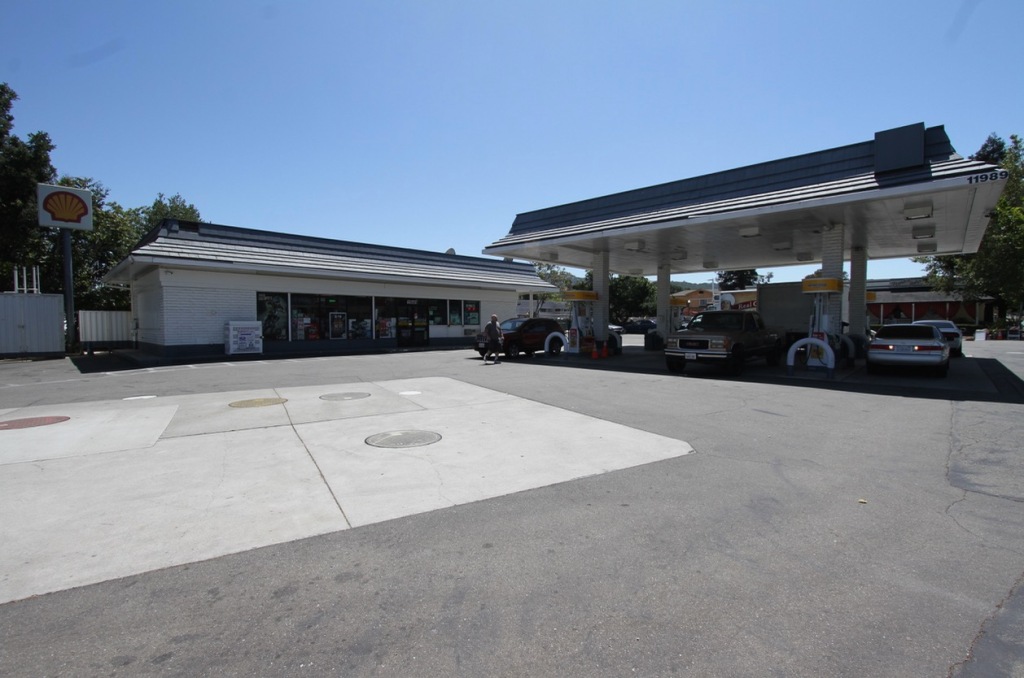 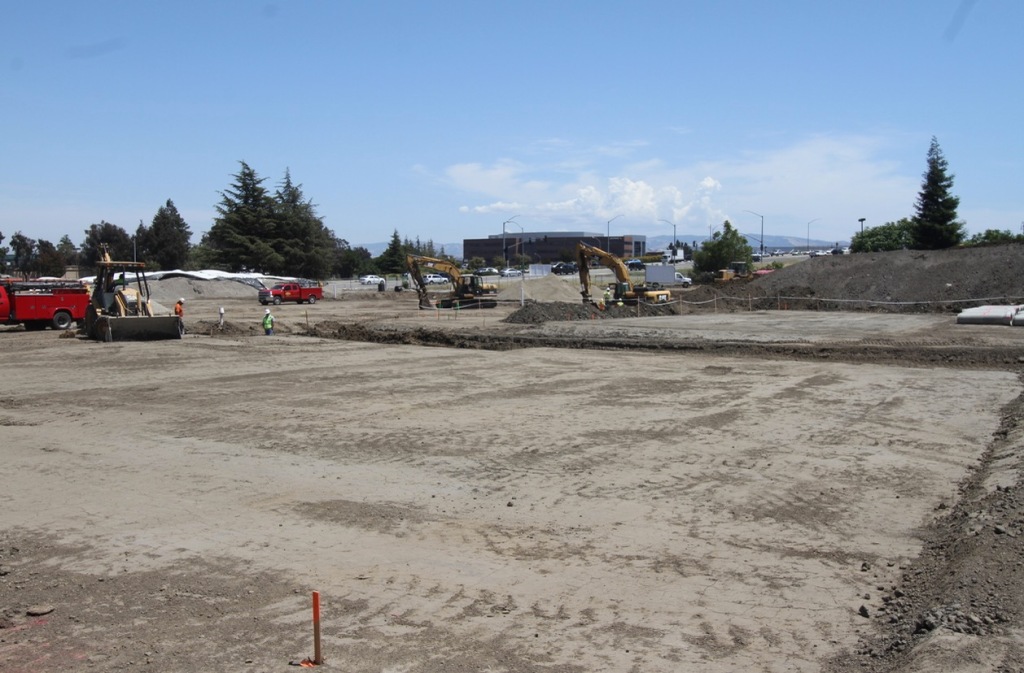 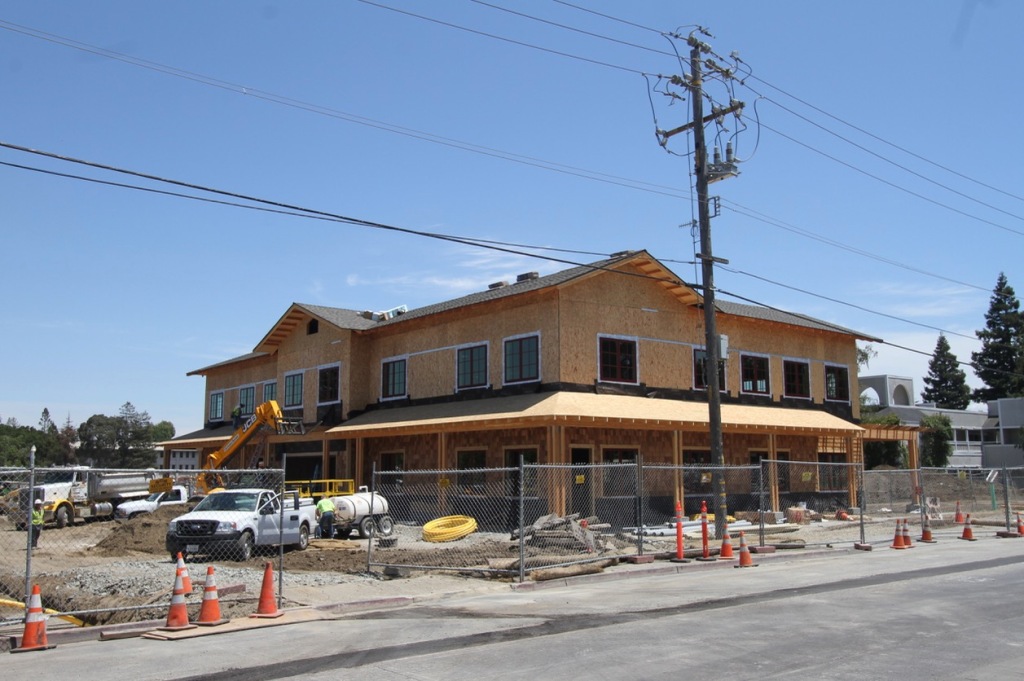 Turn the camera just slightly to the left or the right and the landscape is filled with gas stations, parking lots, drive-thru banks, and freeway traffic. And everywhere there’s new construction. Money (lots and lots of San Francisco Bay Area money) and a whole lot of people are inevitably going to be occupying what is now open space in these distant counties. No political force can stop it. There are two competing models for what that new growth is going to look like and neither is pretty as far as I’m concerned. First, there’s the compact, dense, transit oriented development favored by regional planners. (This is precisely the kind of thing the billboard people are so pissy about.) Now… I live in a compact, dense, transit oriented neighborhood in San Francisco that I think is amazing. But when I look at what’s being built in the far flung suburbs I find nothing to love about any of it. The scale is overwhelming. Each of these complexes occupies a massive super block. And it’s not just the size per se that I don’t like. It’s the fact that these buildings have all the drawbacks of density without any of the compensating urbanism. Where are the shops on the ground floor? Where’s the corner grocery? Where are the cafes and nightclubs? Where are the intimate little restaurants and pocket parks? Where are the vibrant walkable places? There just aren’t any. These places are as lifeless as any cul-de-sac, minus the space and privacy provided by a tract house with a yard. It’s not a good combination. 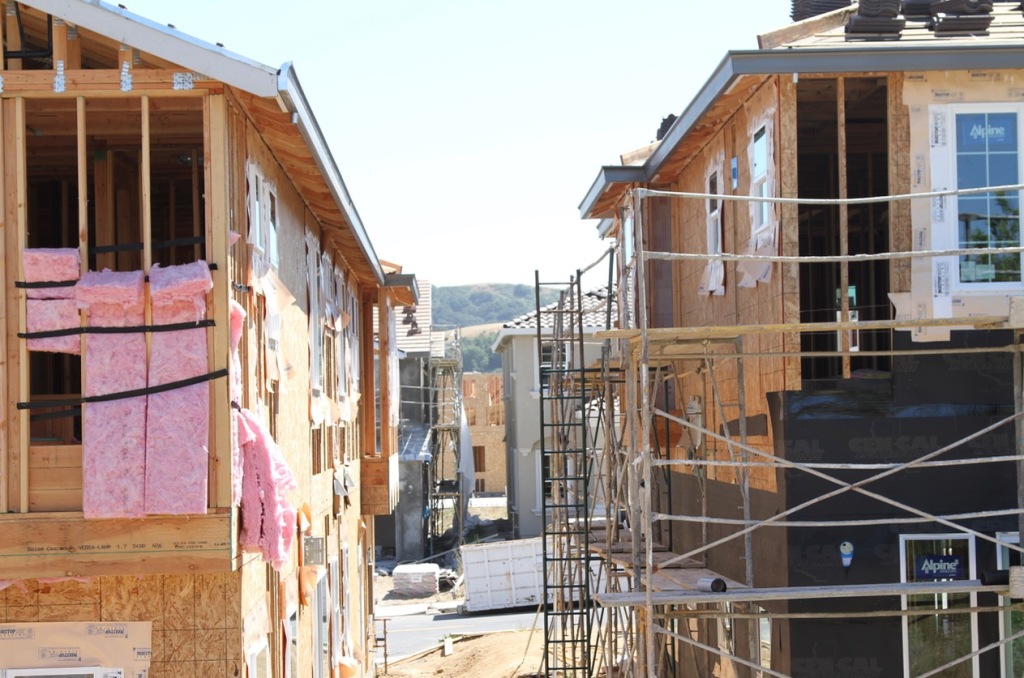 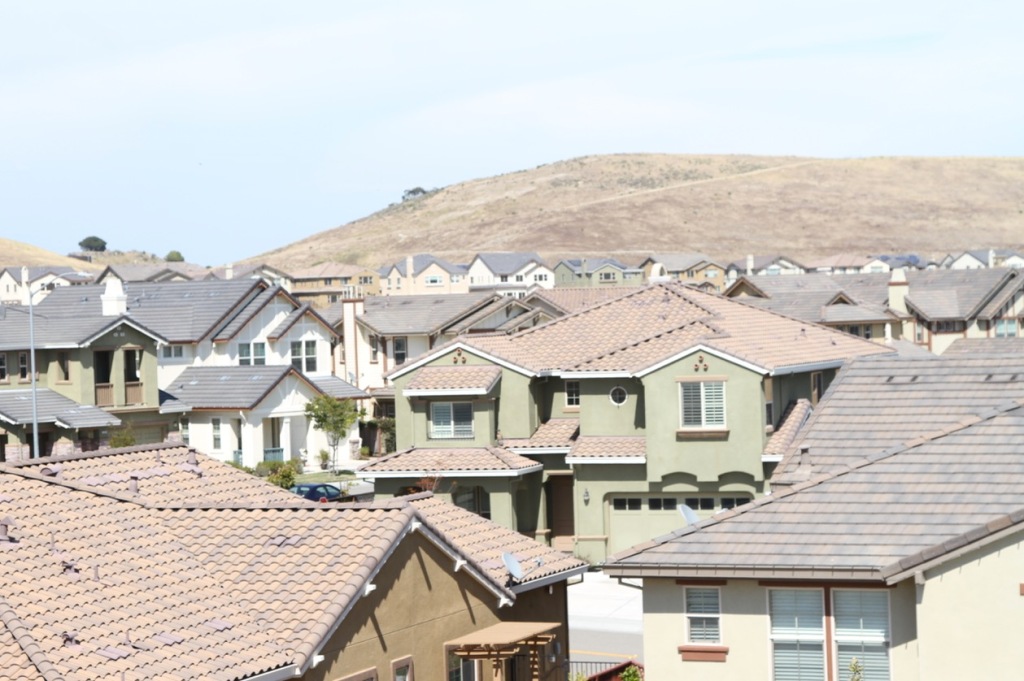 Here’s the second option. Traditional American values brought to life in shiny new single family homes with three car garages as far as the eye can see. This is the alternative to big bad government and communist apartment blocks. Luxury homes chew up the countryside and load the freeway with an unmanageable amount of traffic. And by the way, these homes each cost $1.4M.

I compare this political situation with the dilemma the country faced in the early 1980’s when Reagan came to power. Conservatives hated the idea that the government operated halfway houses and insane asylums. They wanted no part of drug treatment programs either. At the same time liberals insisted that it was inhumane to lock people up against their will in underfunded and uncaring institutions where they were likely to be mistreated. So the two opposing elements of society conspired to shut down such institutions. The problem, of course, is that the mentally ill, drug addicted, and penniless segment of American society didn’t just disappear. They now live on our streets and fill our prisons. Both sides got what they wanted, but the problems persist in slightly different forms. So it is with the battles over land use regulation. Happenstance brings us a funky world and we all just muddle through some how.

22 thoughts on “Stack and Pack vs. Smear All Over”