Shopping mall developers are exceptionally good at what they do. They’ve spent the last few generations refining all the little design elements that make a place profitable for retail trade. Their buildings go up fast, return a profit for investors, generate tax revenue for local government, and create jobs. That’s why the same big box buildings, sea of asphalt parking lots, and multi-lane high speed arterial roads exist everywhere across the country. They work exactly as intended. 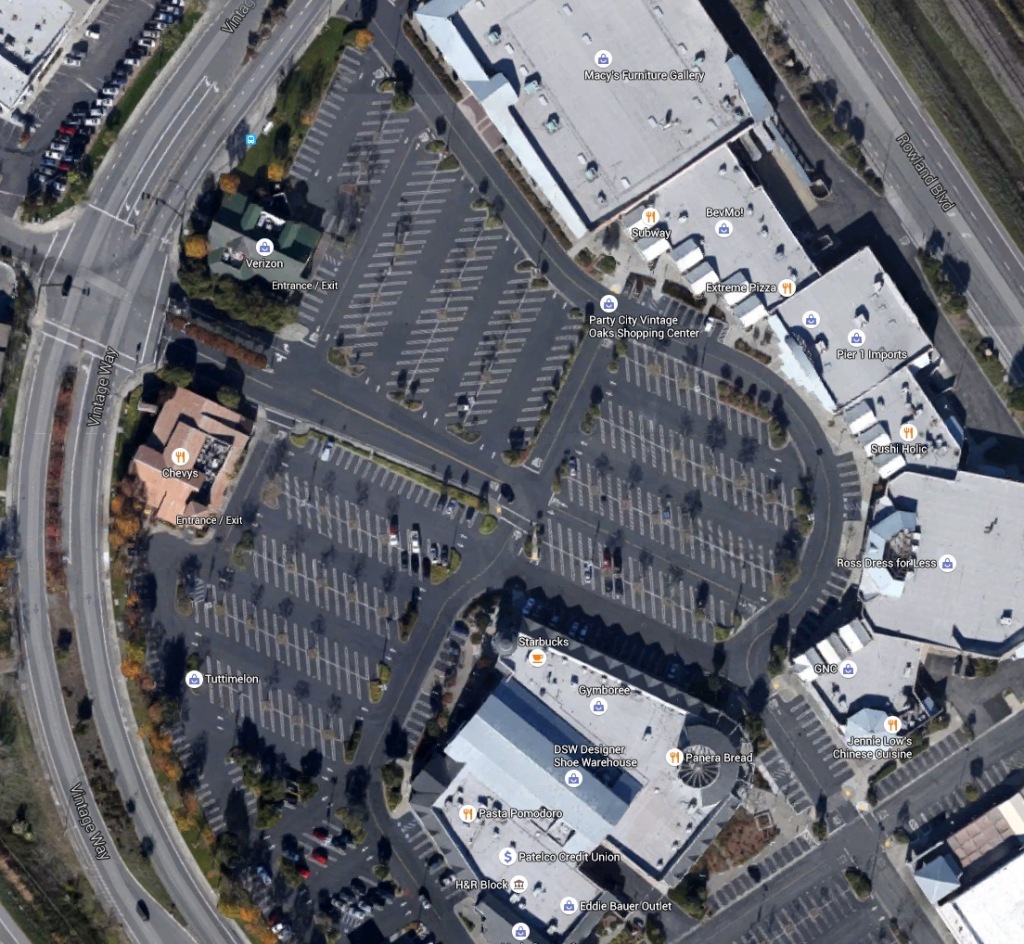 There’s a reason for all the uniformity. Zoning regulations and building codes dictate most of what you see. If the government doesn’t insist on this precise kind of development, the people who finance these projects certainly will. If the banks give the developer a little wiggle room (not likely) the chain retailers who rent space will demand conformity to their corporate standards. In the extremely remote chance that all of those folks cut the developer some slack, the fire marshall and the Department of Transportation will hammer the project back in to submission. Resistance is futile. The message is clear. Build a giant box. Surround it with parking. Attach it to massive roads. Done. 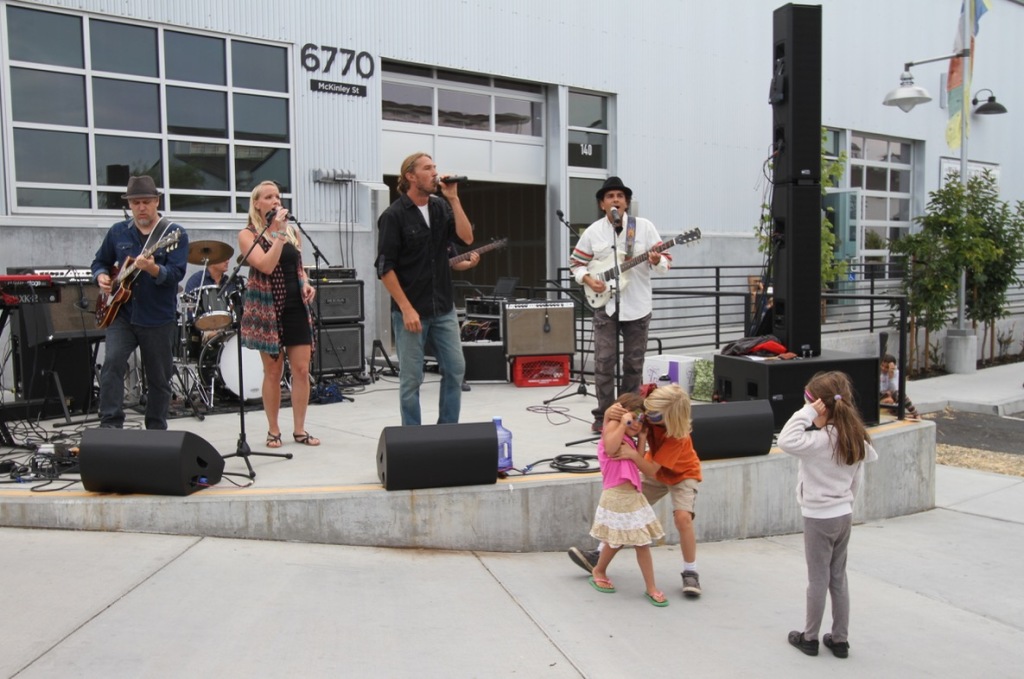 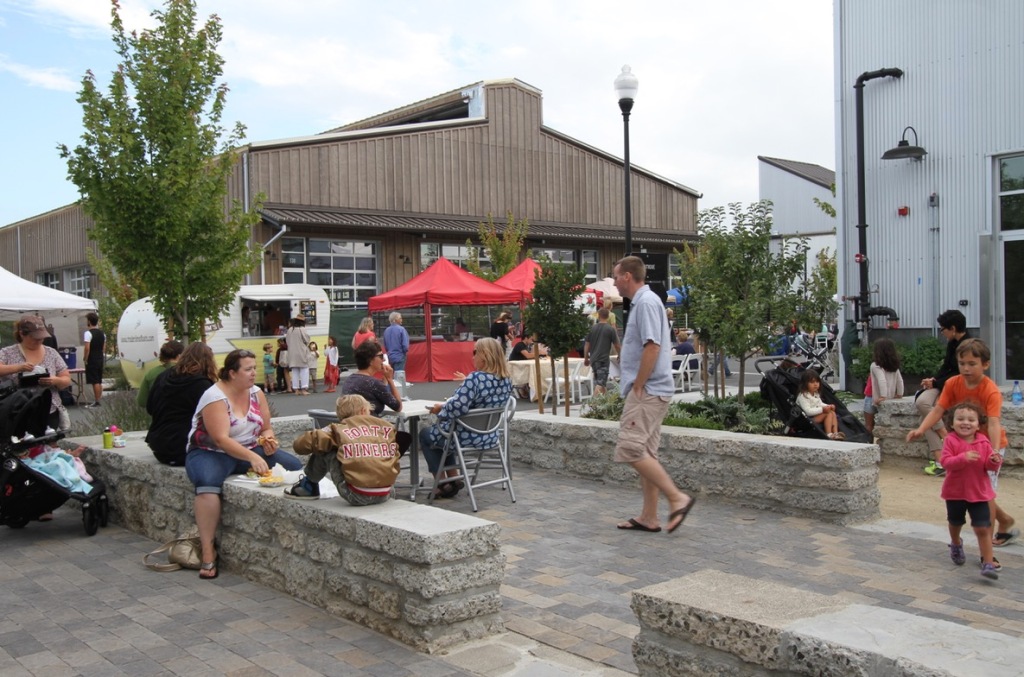 I want to explore how the same basic elements can be built in a slightly different way – a way that still conforms to all the usual strictures –  to achieve a much better result. This is The Barlow in Sebastopol, California. At twelve and a half acres it’s about the same size as many other shopping centers. But it’s different in several important ways.

First, The Barlow is built on a brownfield site. The land was part of a century old warehouse district adjacent to a defunct railroad depot. Some of the existing structures were retrofitted while new buildings filled in other parts of the property. But no green space was disturbed for construction. This helped to maintain the beauty and property values of the town while also preserving productive agricultural land, nature, and the crucial watershed. 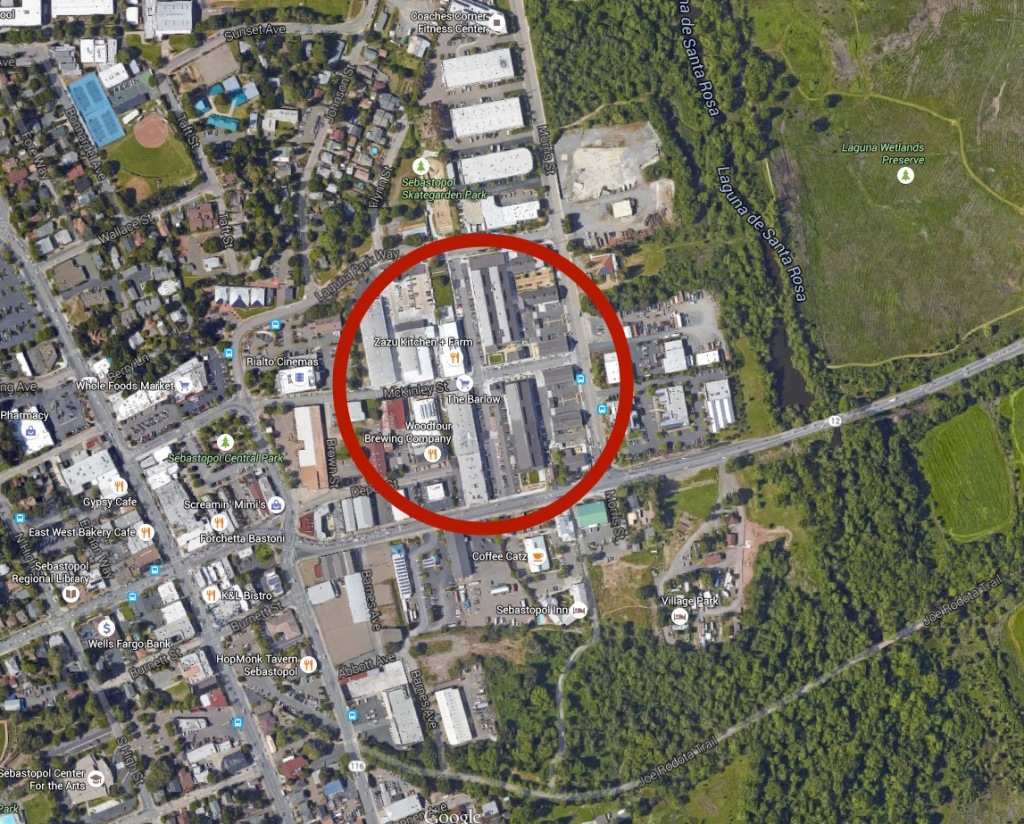 The Barlow is also two blocks from town square. In fact, it’s become an extension of the traditional urban fabric rather than a segregated space out on the edge of town. Instead of stealing market share from existing businesses The Barlow compliments Main Street and makes the entire town more desirable and vibrant. 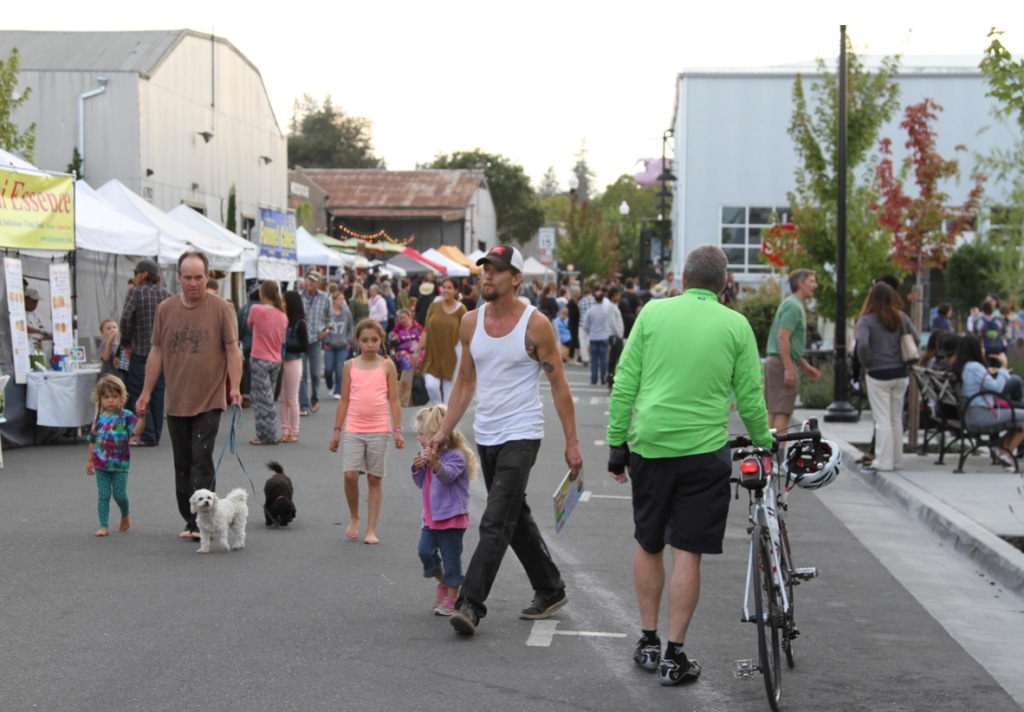 It’s not just physically possible for many residents of Sebastopol to walk or ride a bike to The Barlow, it’s actually convenient, safe, and pleasant. Handicapped accessibility isn’t merely a privileged parking spot near the front door. The entire town is accessible for all types of people with no vehicle at all. The more people arrive on foot the fewer cars congest the roads and require parking. The city isn’t obliged to build and maintain an eight lane arterial to support this project either, as with a typical big box retail complex. 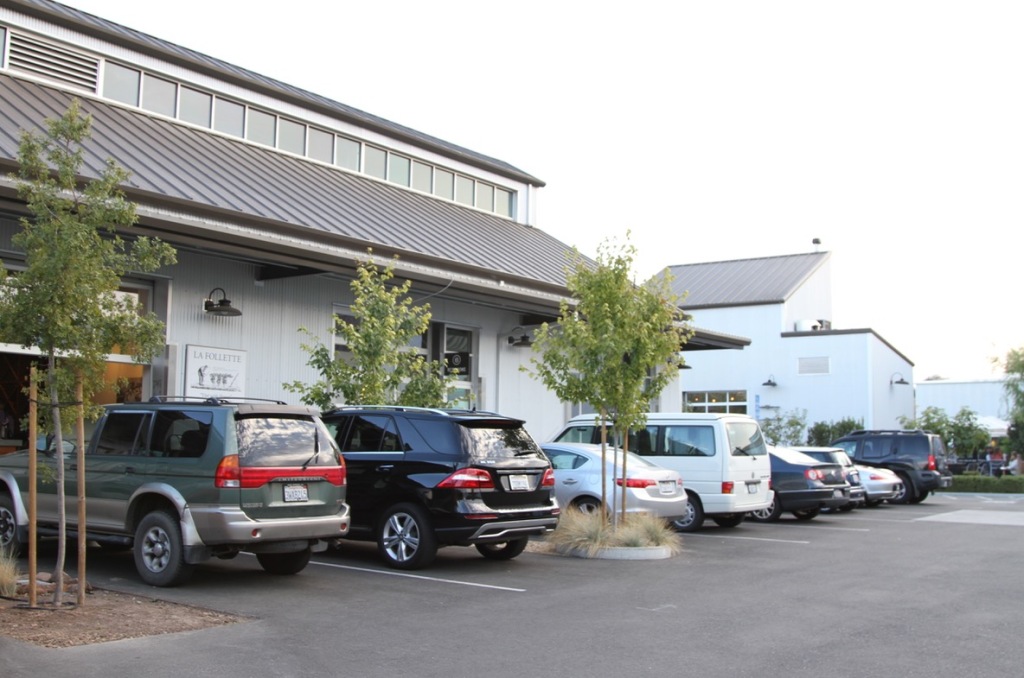 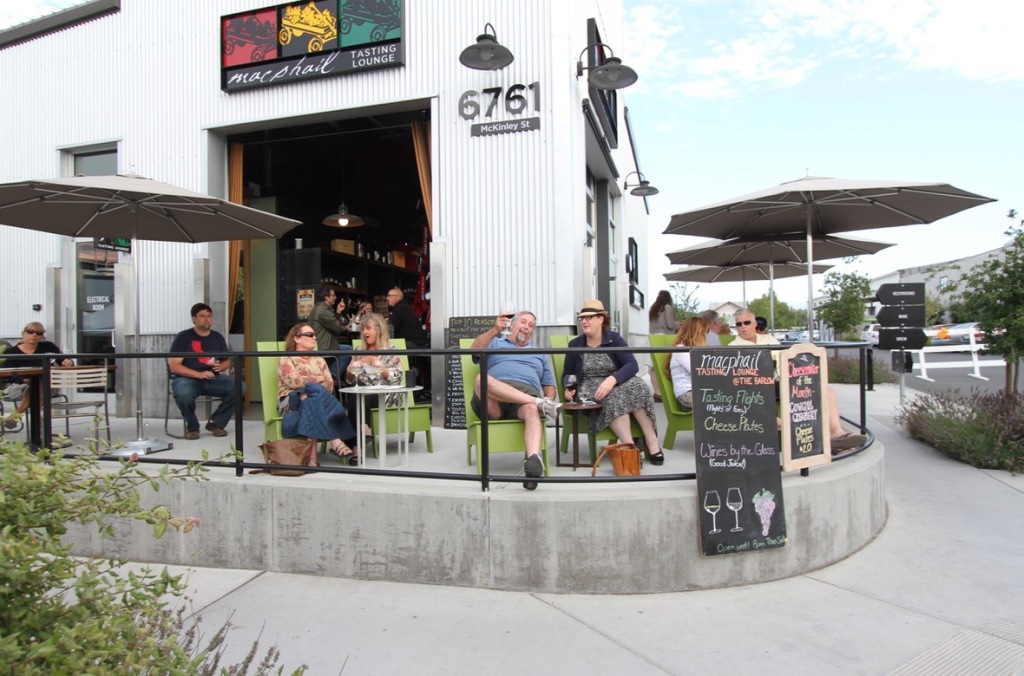 The Barlow is composed of big boxes, parking lots, and roads wide enough to satisfy the fire marshal and DOT, blah, blah, blah. And evidently it allowed investors to tick enough boxes on their check list to feel confident it would be profitable. But these buildings form a rough approximation of a street grid rather than the amorphous blobs of standard suburban retail centers. The buildings frame the public realm and create semi-enclosed outdoor space. In contrast, the parking lots between the Costco, Target, and Walmart are so vast there’s never a sense of place or shelter. 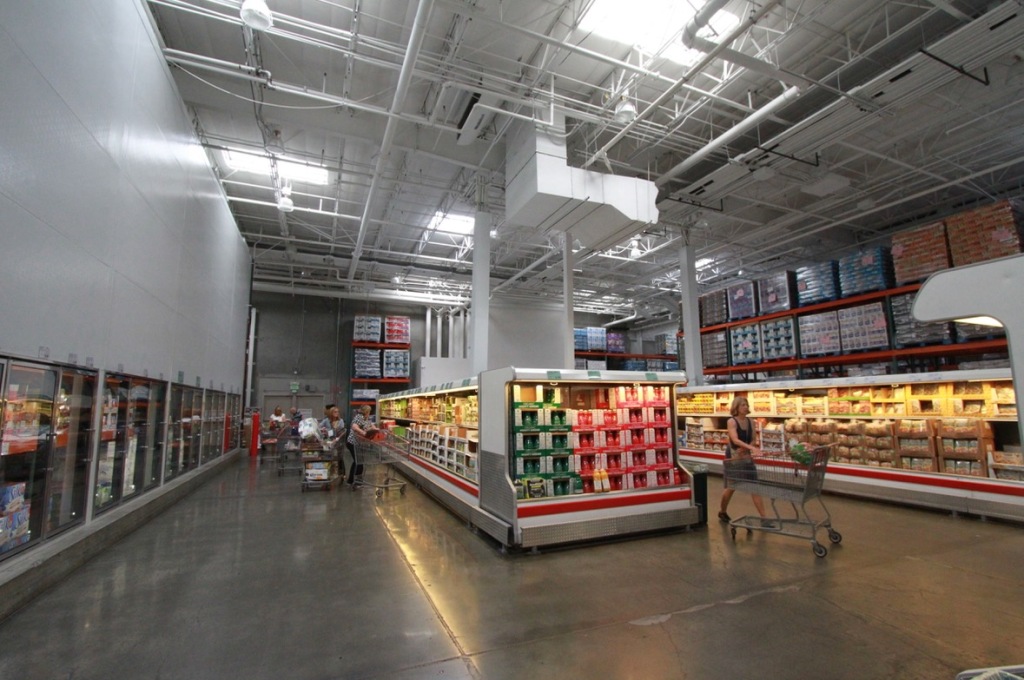 Here are two photos of the interior of a Costco. I shop at Costco like most people. I like Costco. But it isn’t what anyone would call an intimate community space.

This is what the exterior of a Costco and a Target is like. If a company is going to sell toilet paper by the pallet there had better be enough parking to handle all the cars that will be hauling it back home. (I personally do exactly that every few months.) 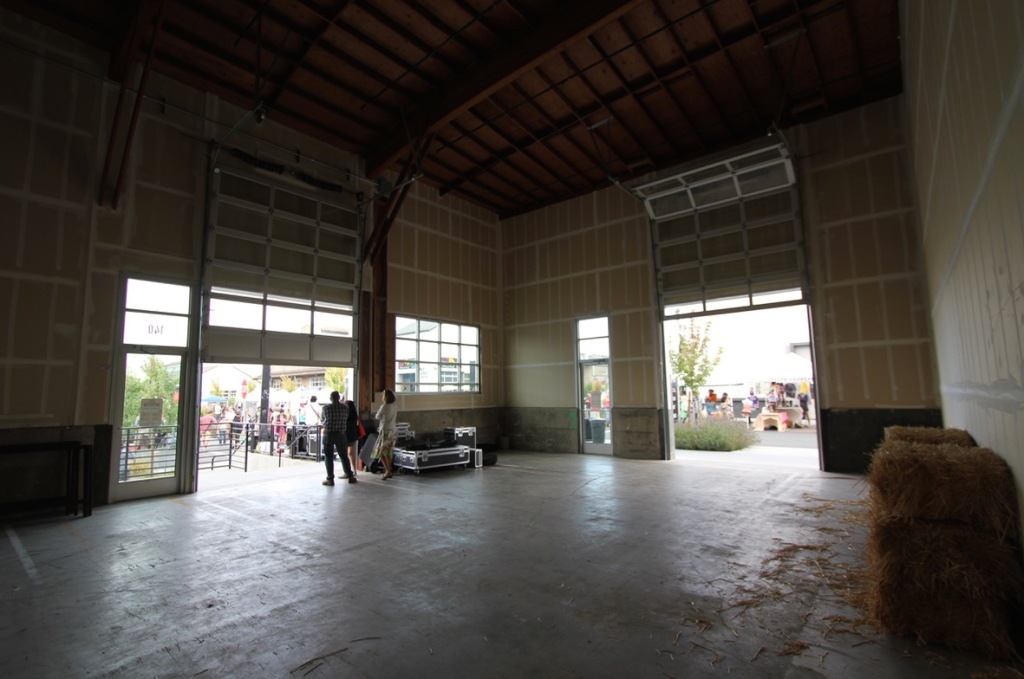 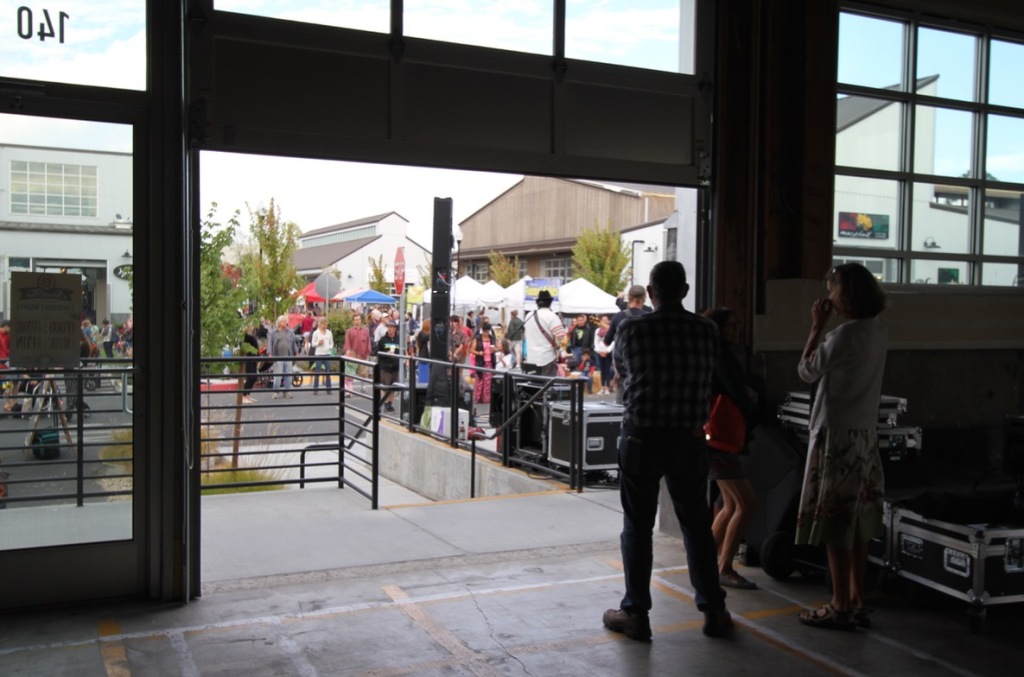 Here’s one of the raw spaces at The Barlow. These boxes are medium sized rather than huge. While they’re substantially larger than an historic Main Street mom and pop shop, they’re significantly smaller than a Sports Authority, Pier One, or Walmart. But more importantly, the spaces are flexible, easily subdivided, permeable, and relate to each other and the town in a far more intimate way. These are “mama bear” boxes. 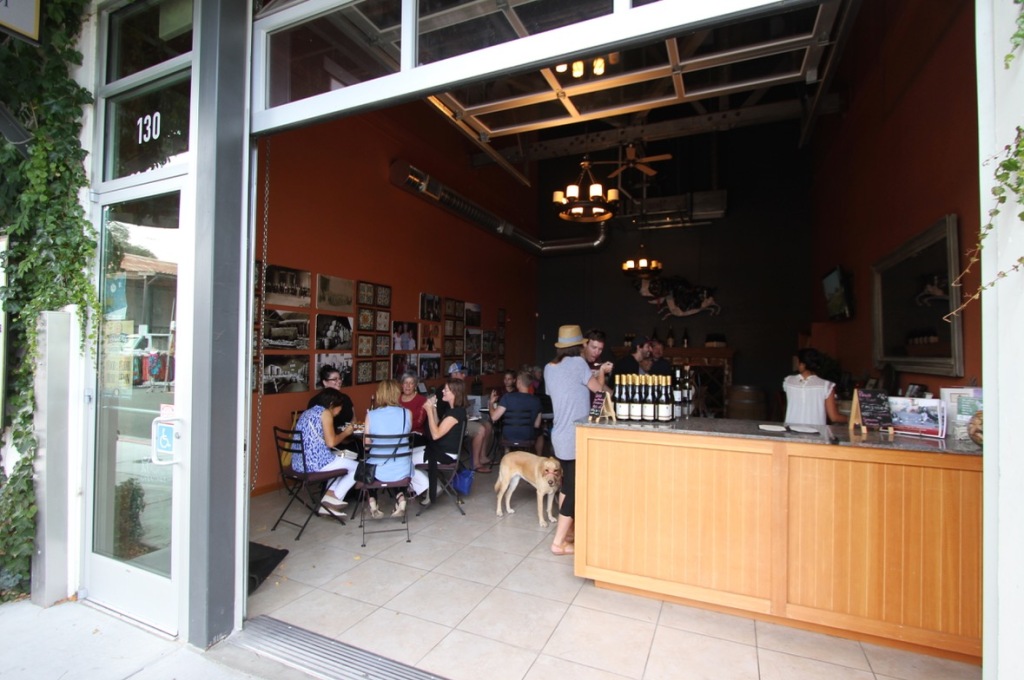 As I travel around the country I continually find the empty husks of aging suburban shopping centers. They’re everywhere. They’re built to last just long enough to amortize their loans and provide a return on investment. But when they’re at the end of their life cycle they become white elephants. They’re too big and too expensive to be repurposed into anything other than a collection of national chain stores. But the chains move on to the next generation retail plaza down the road. So they sit there vacant sucking value out of surrounding property.

The Barlow feels like a place that might actually have a chance at maturing and having a second and third life as the century unfolds.

15 thoughts on “The Barlow”