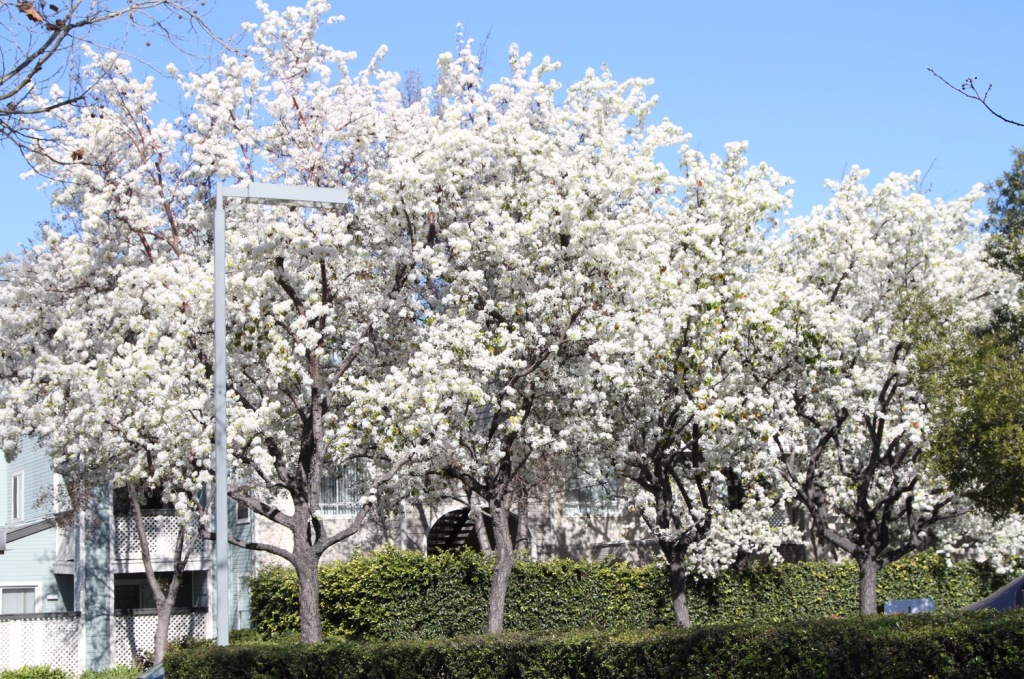 February is spring in Silicon Valley. The trees are in full bloom and if you squint and look in exactly the right direction it looks a bit like Kyoto. 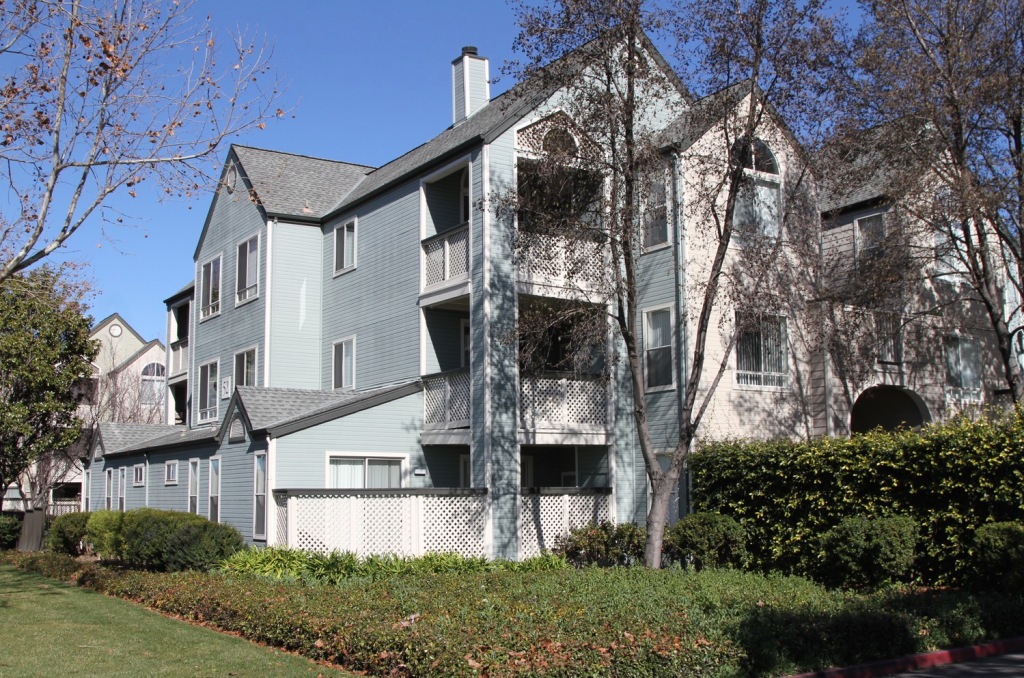 Until you turn your head slightly and realize you’re in a suburban office park, a cluster of garden apartment style condos, or a strip mall parking lot. But still. It beats the pants off Saskatoon this time of year.

I was pressed in to service helping a friend who’s painting her house. We drove to a paint store and while the pigments were being mixed and the cans stirred I walked a block in each direction and snapped some photos. 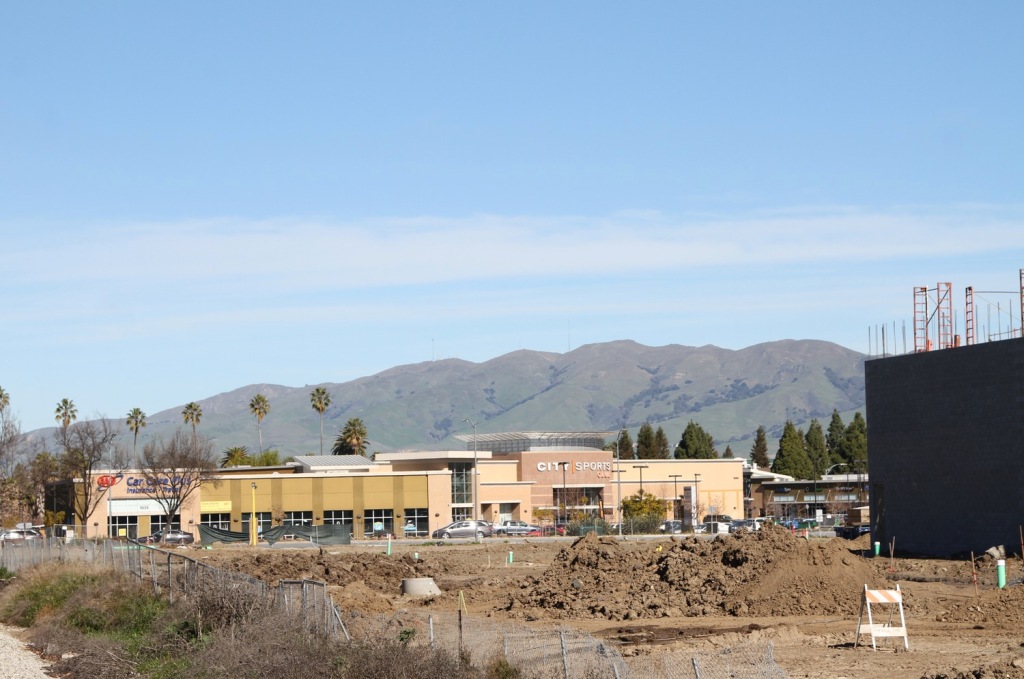 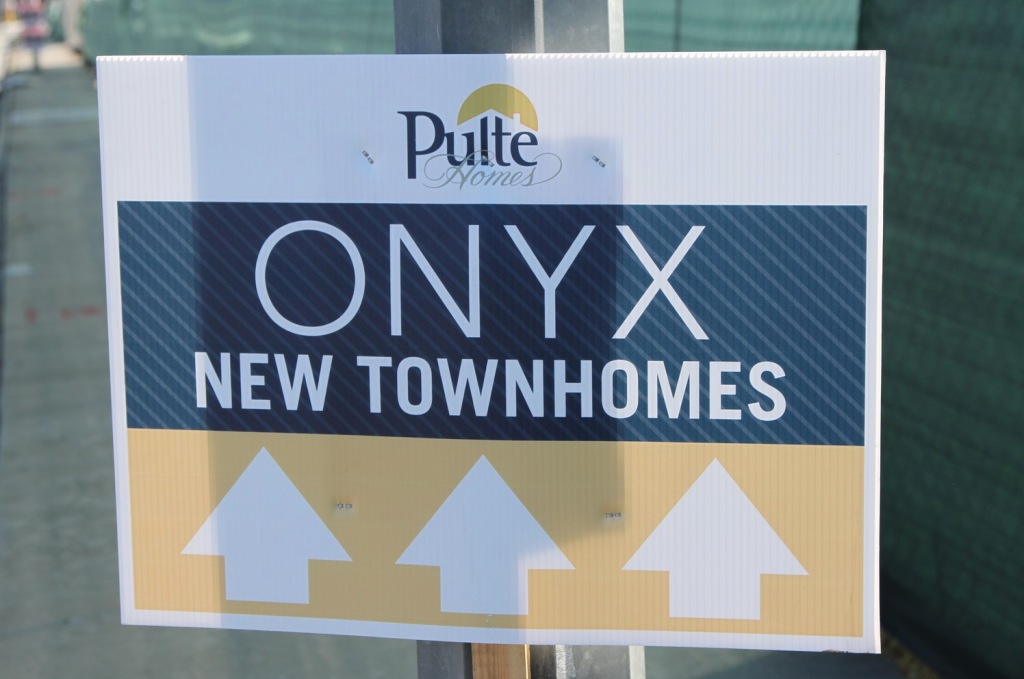 Land is far too expensive in these suburbs for single family homes to work anymore. In order to get the per unit price down to the sub million dollar point some version of stacking is required. I can’t say I like this sort of thing myself. 1,100 to 2,000 square foot condos are selling for $600,000 to $900,000 and the web site promoting this complex actually lists the strip mall across the street as an amenity. This arrangement has all the drawbacks of density without any of the benefits of really good urbanism. But driving an hour and a half in heavy traffic through a mountain pass in order to find a fully detached home on a reasonable budget isn’t a great alternative. The interiors of these units are clean and well appointed and the cost is what people are willing to pay in order to be near high paying tech jobs. Shrug. Whatever. I don’t have to live here. 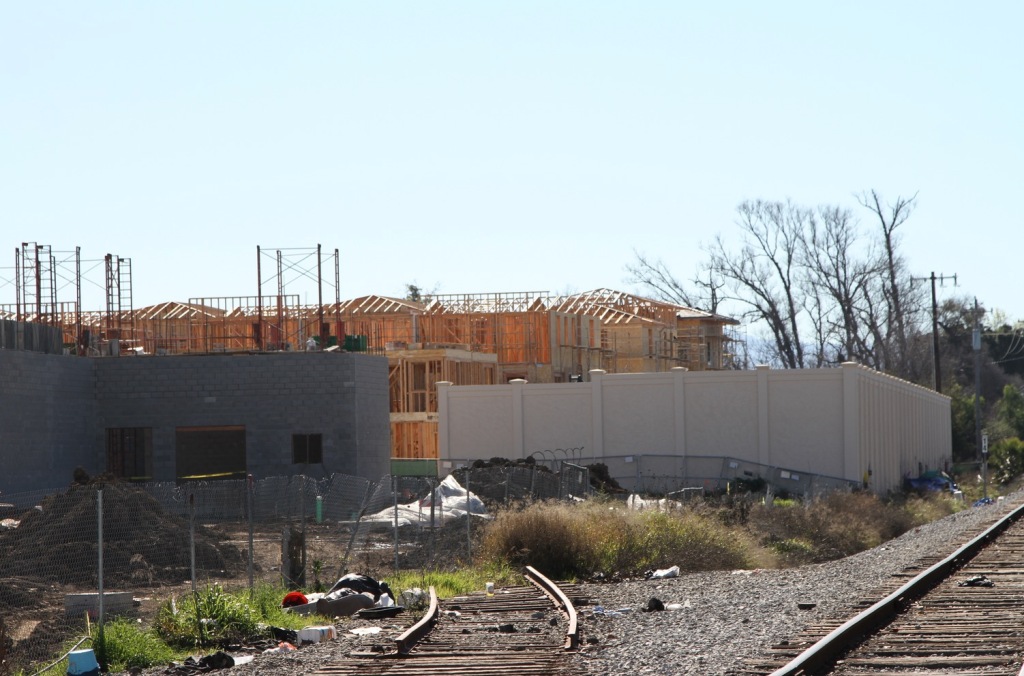 Right next door is one of the endless Silicon Favelas. There’s no legal market mechanism that will supply accommodations to people earning minimum wage within a hundred miles of Silicon Valley. NIMBYs make absolutely certain that subsidized housing for such people is never built. These camps are everywhere, although my friend had no idea they existed until I pointed them out to her. Since every municipality in the region has the same homeless situation the police play Whack-a-Mole with the camps pushing them from one odd spot to the next. 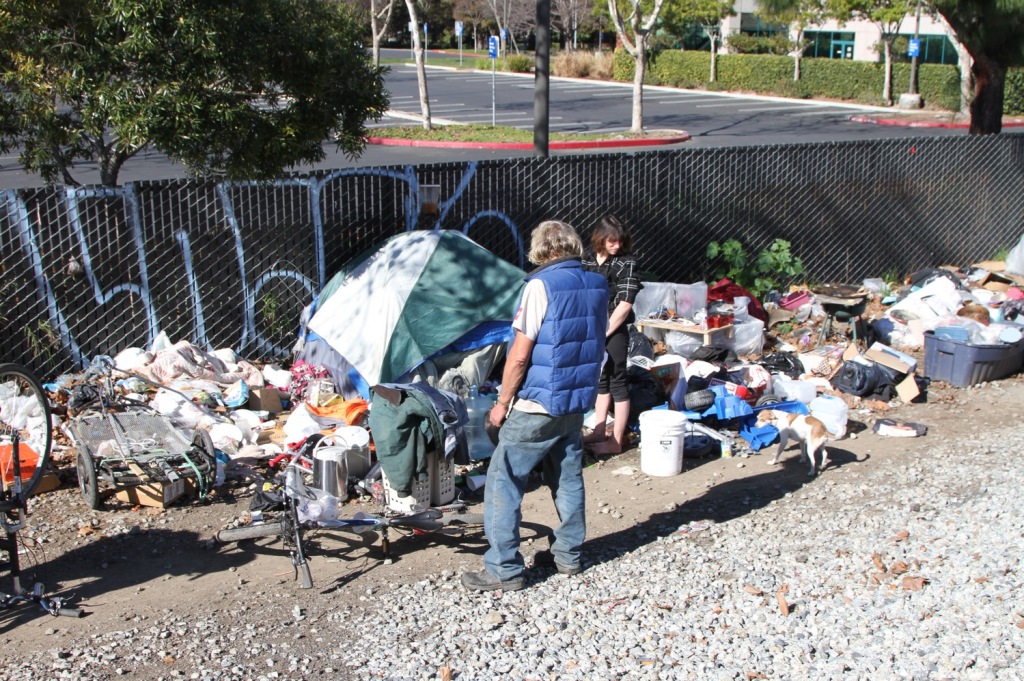 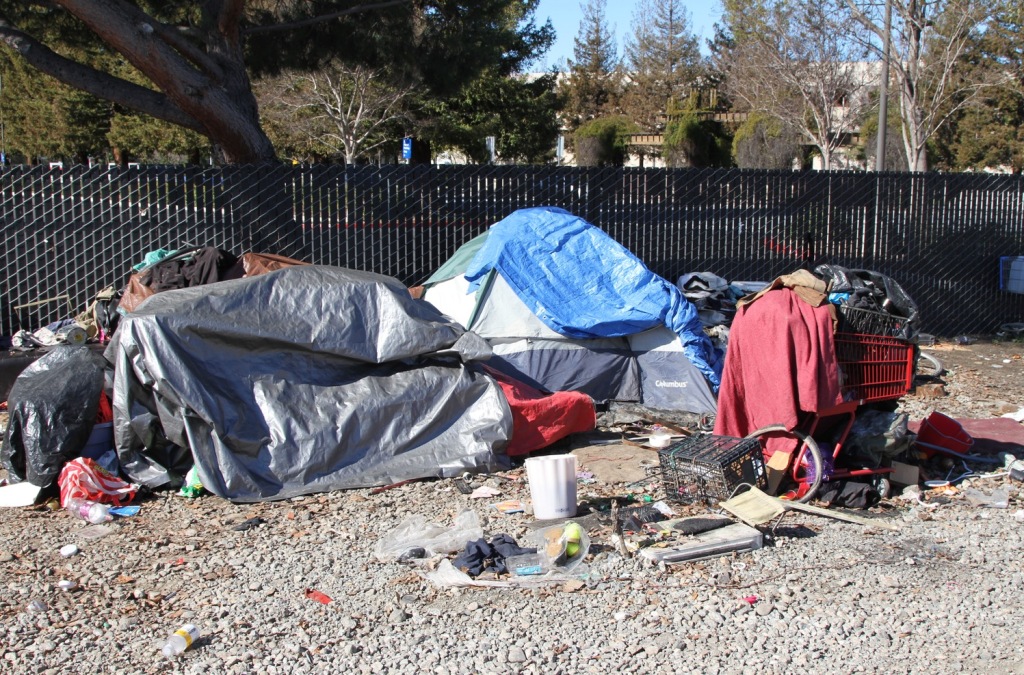 I regularly take the time to talk to these folks. The popular assumption is that they’re all alcoholics, drug addicts, and schizophrenics. It’s a convenient way to relieve ourselves of any responsibility for their condition. Mostly, the homeless are the discarded working class – perfectly ordinary people with the usual combinations of strengths and weaknesses who have simply run out of options. The minimum wage in San Jose is $10 an hour. Median rent for a one bedroom apartment is $2,300. How do you make those numbers work? You don’t. Society has no desire to absorb the consequences of its own economic policies. So the redundant working population is sacrificed for the larger prosperity. “Suck it up cupcake. But please don’t do the sucking near my condo.”

11 thoughts on “Spring In The Silicon Favela”