I recently had a conversation with an acquaintance who had lived in Pasadena in the 70’s and 80’s. She explained that back then the town was in decline. Once grand buildings sat half empty. Shops on Colorado Blvd. were failing. Crime had become a problem. The new mall that had been heralded as the savior of downtown retail wasn’t doing very well.

But, today the grand pendulum of the market has swung back. Pasadena is thriving once again and has become fantastically expensive. The median home value in Pasadena is $710K. Average rent on a one bedroom apartment is $2,000. I want to look back at what happened during the lean years as a kind of cautionary tale. 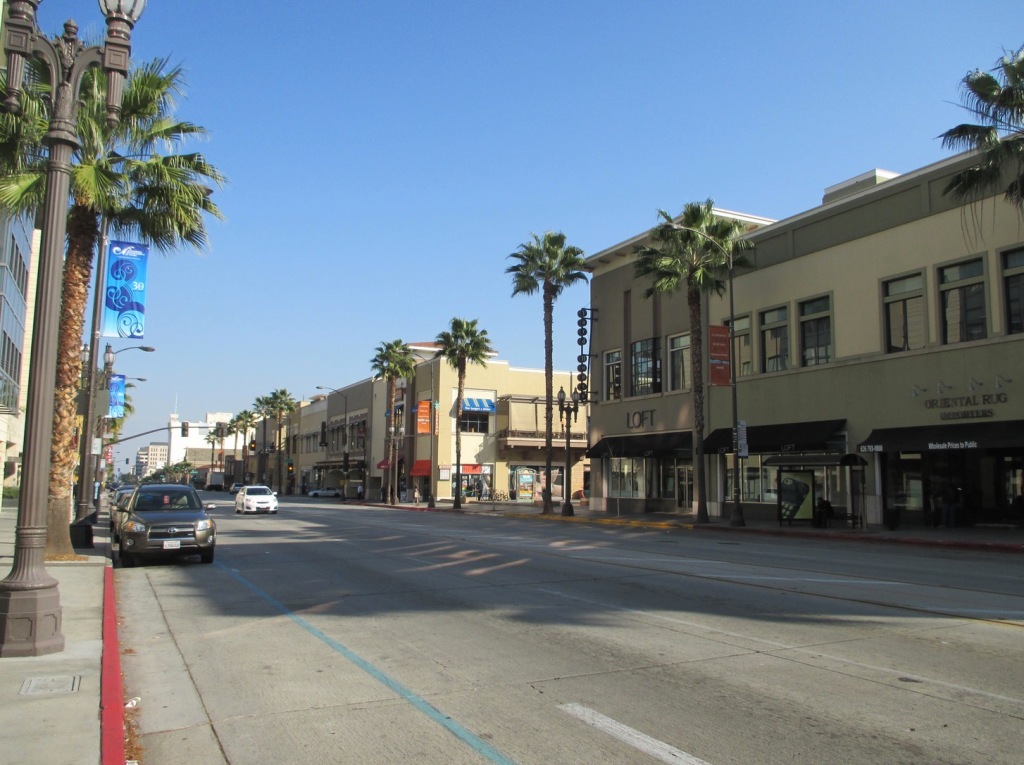 The Plaza Pasadena Mall, built in 1980, was part of a $100M redevelopment project that replaced three city blocks of fine old 1920’s buildings with a concrete bunker. The mall was never the transformative catalyst it was meant to be. Instead it struggled for nineteen years and was finally shut down in 1999. Most of the mall was bulldozed to make way for a new development that attempted to echo the scale and pattern of the historic buildings that had been there in the past. Plaza Pasadena was reinvented as Paseo Colorado. Meh. You can argue it’s better then a dead mall. But it’s not nearly as good as what was there in the 20’s.

Only an anchor store remains of the old mall, tucked behind some new liner buildings that attempt to disguise its massive windowless bulk. It looks like someone took a giant hot glue gun and slapped on a Starbuck’s and Mrs. Field’s Cookies. The redevelopment was a $135M project, ironically done by the same company that built the 80’s mall in the first place.

Pasadena could have saved itself an enormous amount of money by skipping the usual silver bullet mega project approach and just taken better care of the buildings they already had. But engineers, architects, contractors, bankers, and properly incentivized city officials always favor large expensive projects. Who exactly is going to lobby on behalf of smaller incremental fine tuning when the real money is in massive tear downs and new construction? “Herb! Good to see you here at the club. How’s Gladys? Say, do you think you could help me kill this crazy plan the city has to funnel $100M of billable hours toward my firm?” That just doesn’t happen. 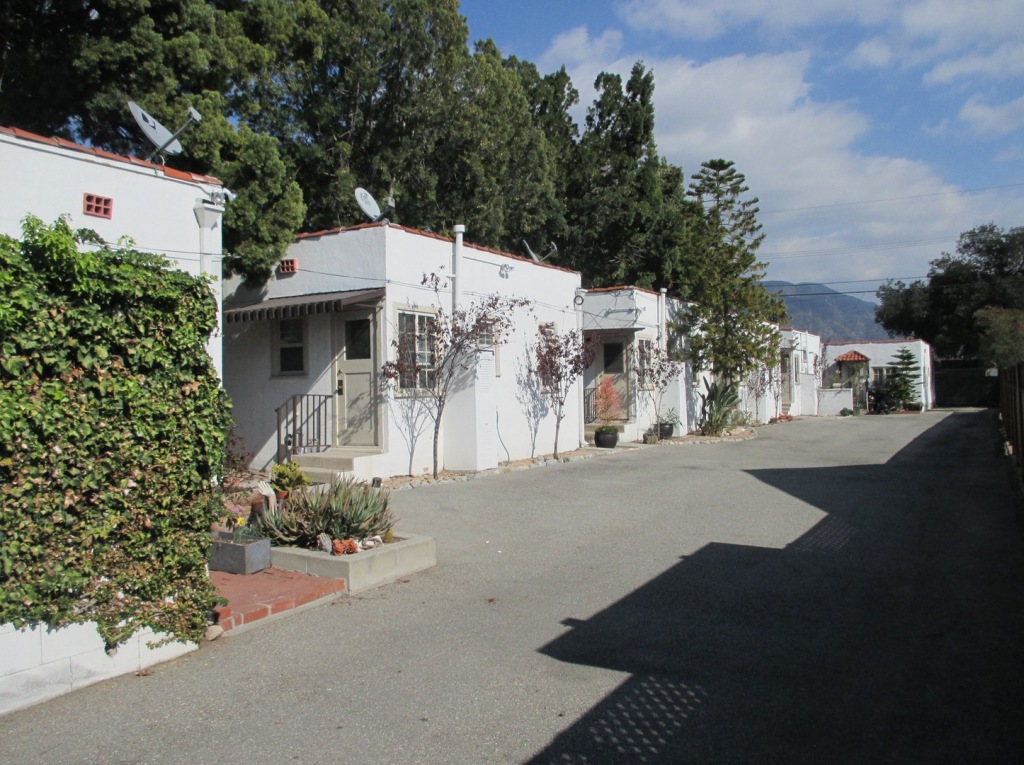 Here’s something about Pasadena’s 1920’s building stock I love and is worth highlighting. This is what “affordable housing” used to look like. These cottages blend in perfectly with neighboring single family homes. They provide a bit of green space, off street parking, and are located within walking and biking distance of everything downtown has on offer including jobs and a metro station that connects to greater Los Angeles. It’s a magical sweet spot of low density high quality urbanism. This cottage court was built entirely with private money and has performed beautifully and profitably for a century. It makes the best heavily subsidized highly choreographed HUD project look like dog food. Yet this sort of thing is absolutely illegal from beginning to end given today’s zoning, codes, financing standards, and NIMBYs. We could change that if we really wanted to…

16 thoughts on “Pasadena, Big and Small”