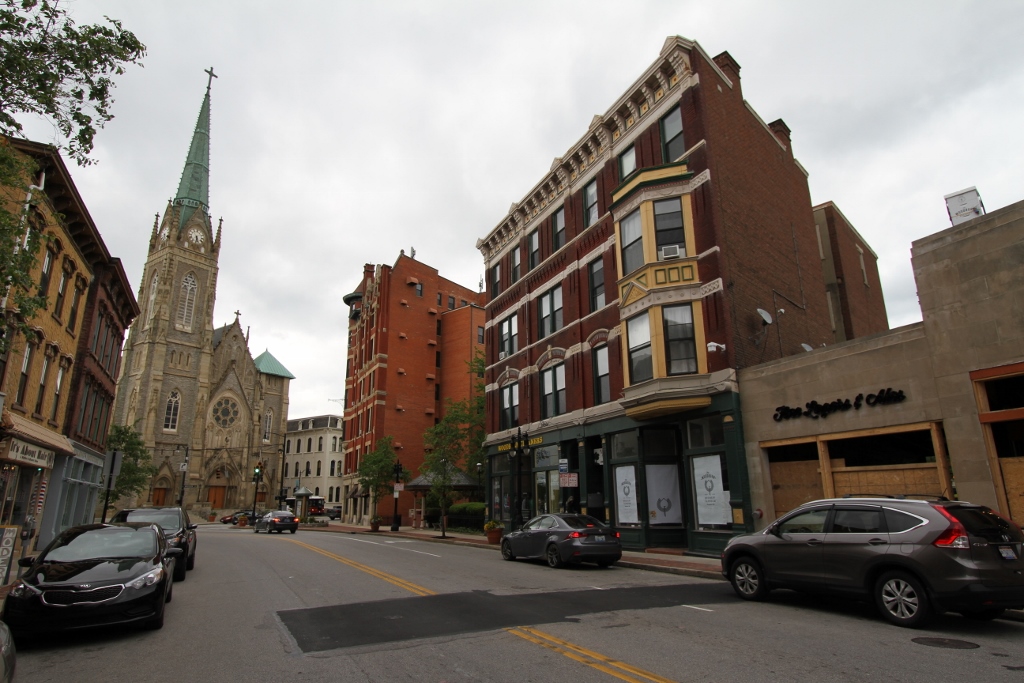 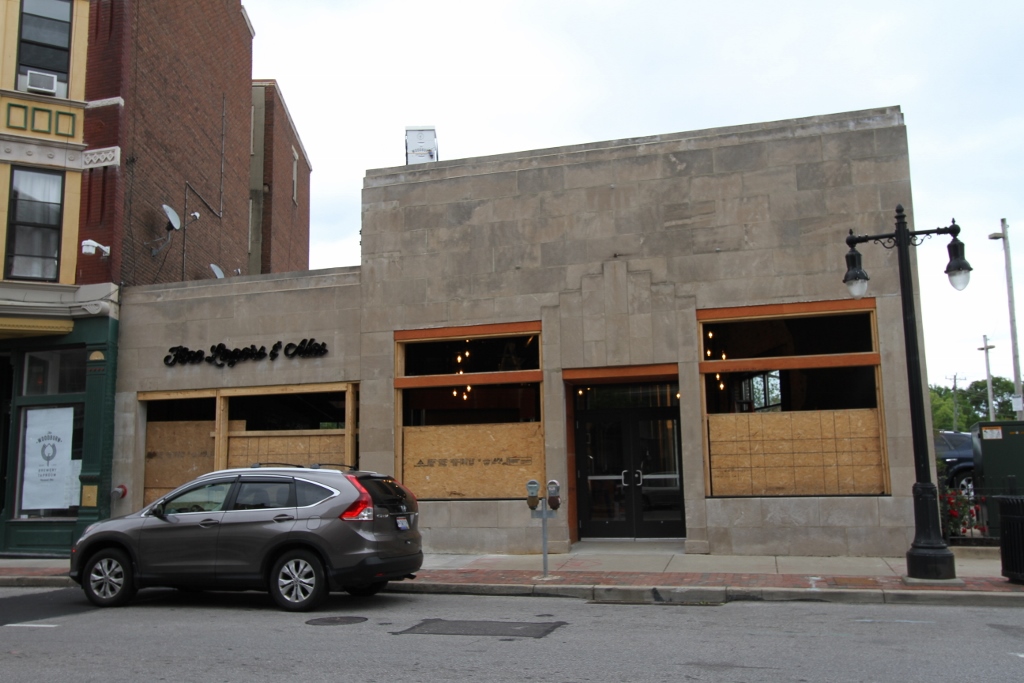 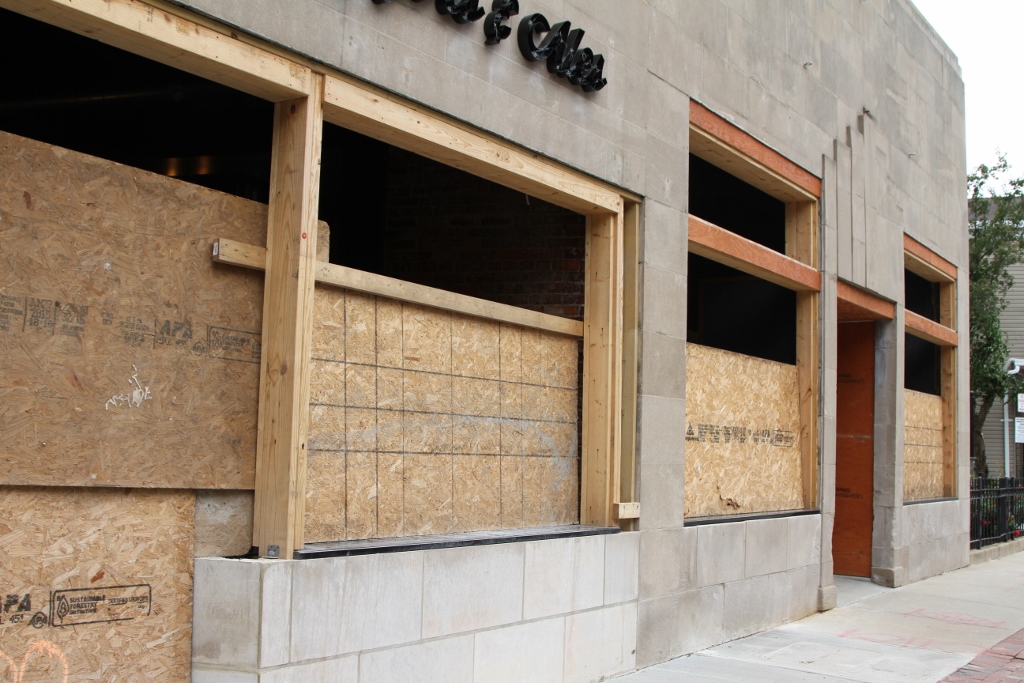 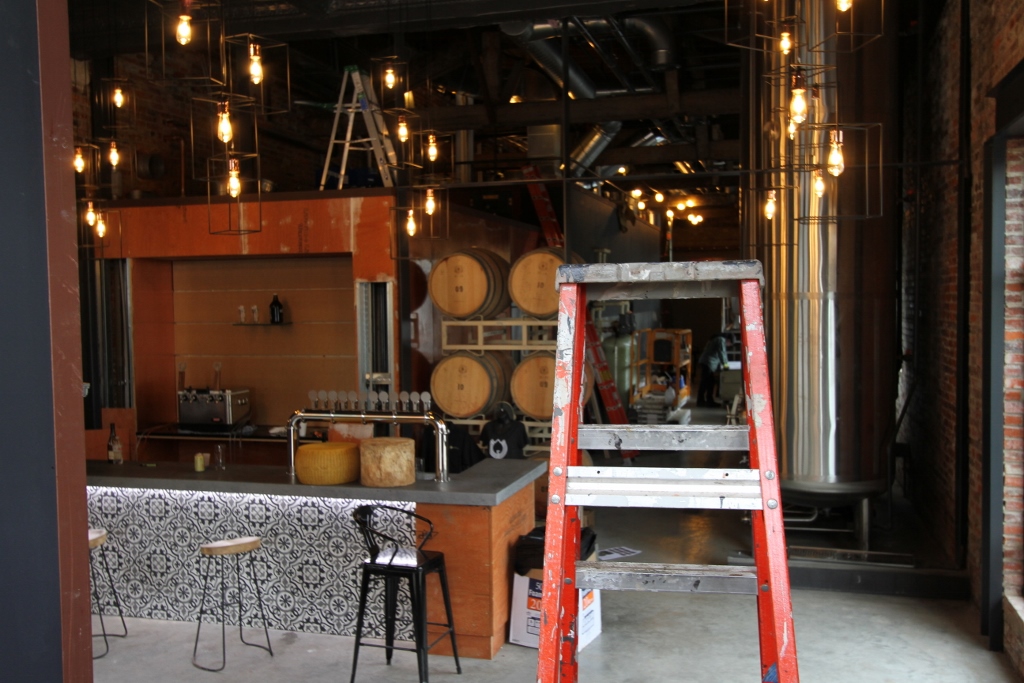 I’ve heard it called Beer Oriented Development. The concept is simple enough. There’s a strong demand for gathering places where people can come together and enjoy being part of the larger community and feel welcomed. It’s a bit like church. A beer hall has the potential to do a disproportionate amount of heavy lifting for a town that lacks a proper center or older neighborhoods in need of reinvention. It seems like brewpubs and taprooms are sprouting up everywhere these days. The Woodburn Brewery  is about to open in Cincinnati’s East Walnut Hills across from Myrtle’s Punch House. 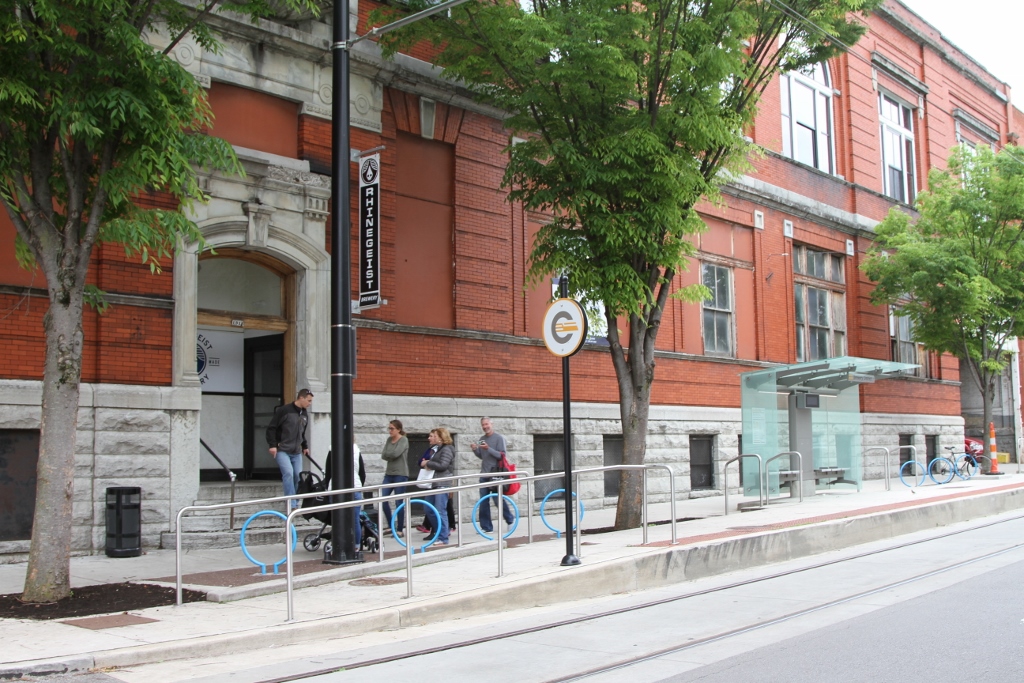 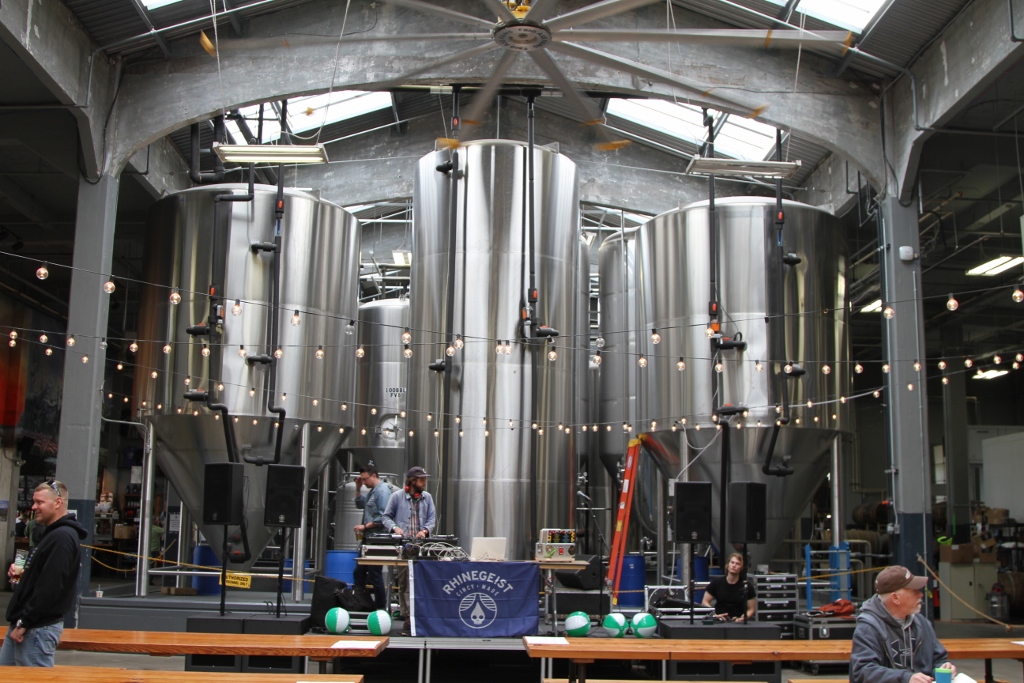 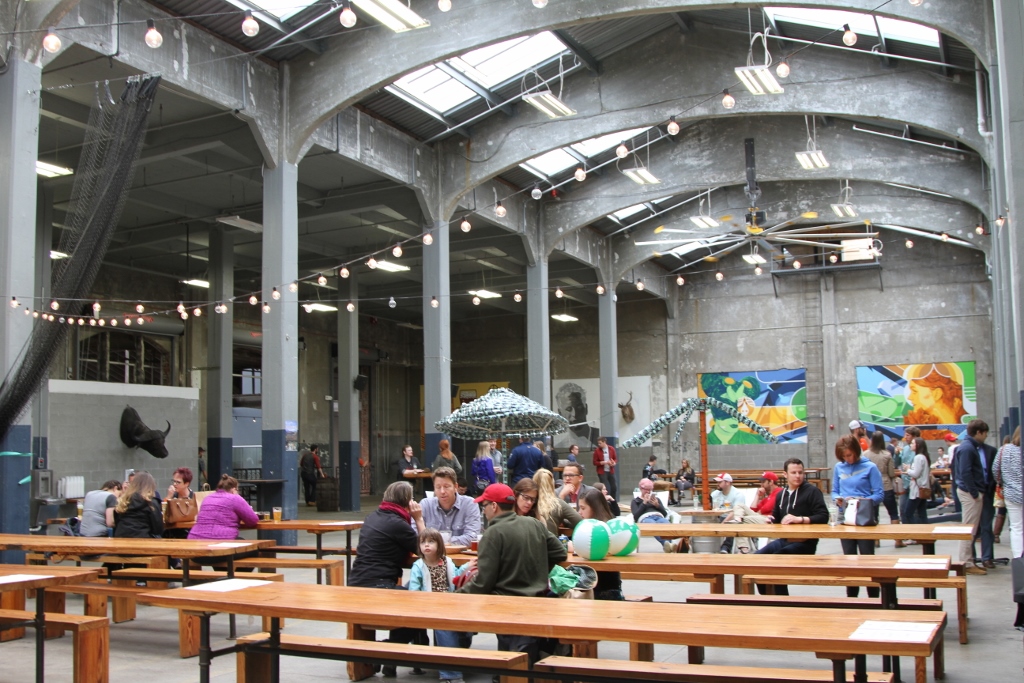 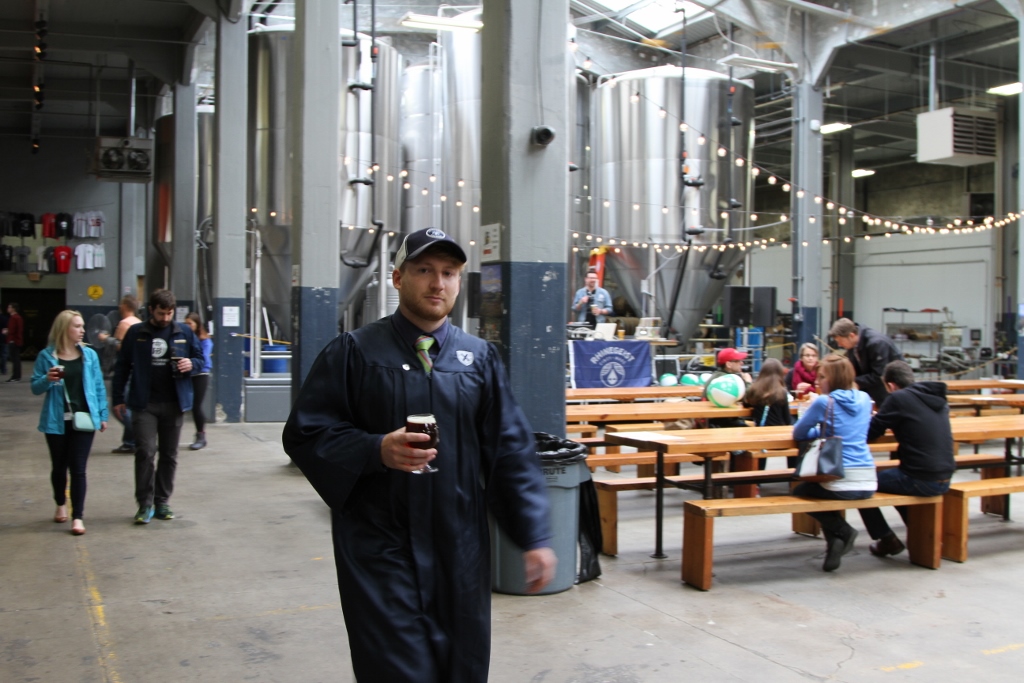 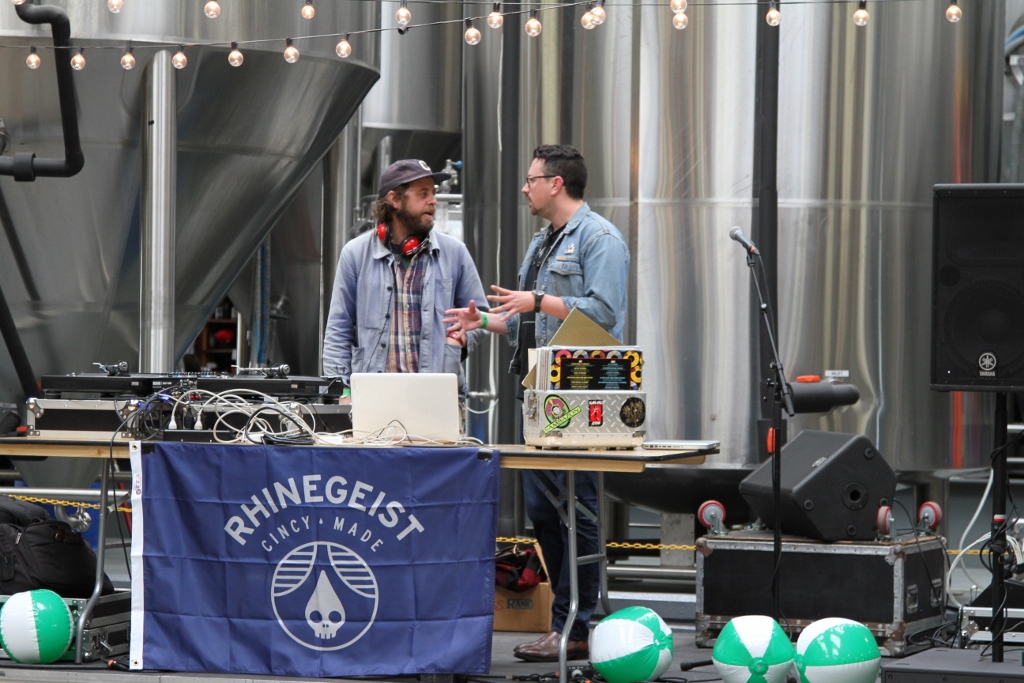 I stepped in to Rhinegeist in Over-The-Rhine and the church analogy was reinforced by the monumental architecture. The gleaming brew tanks mimicked a pipe organ and the rows of tables were reminiscent of pews. Natural light streamed in from industrial sized windows. The DJ station supplied the chorus. An official guide appeared in a robe (fresh from his graduation from Xavier University) and his vestments finished off the ecclesiastical imagery. Our Lady of the Hops. 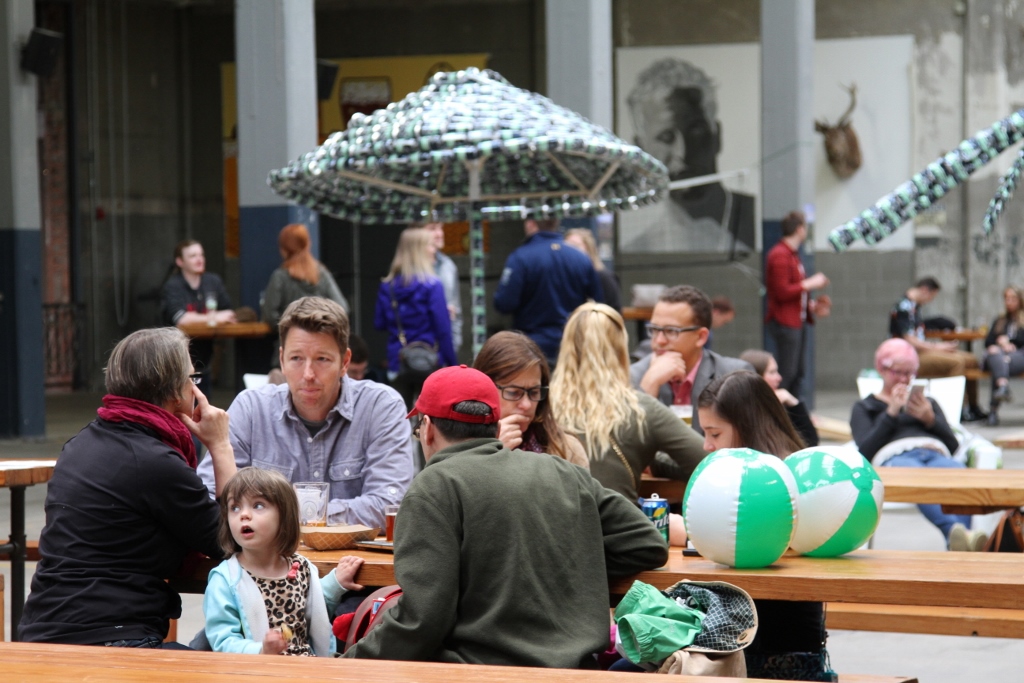 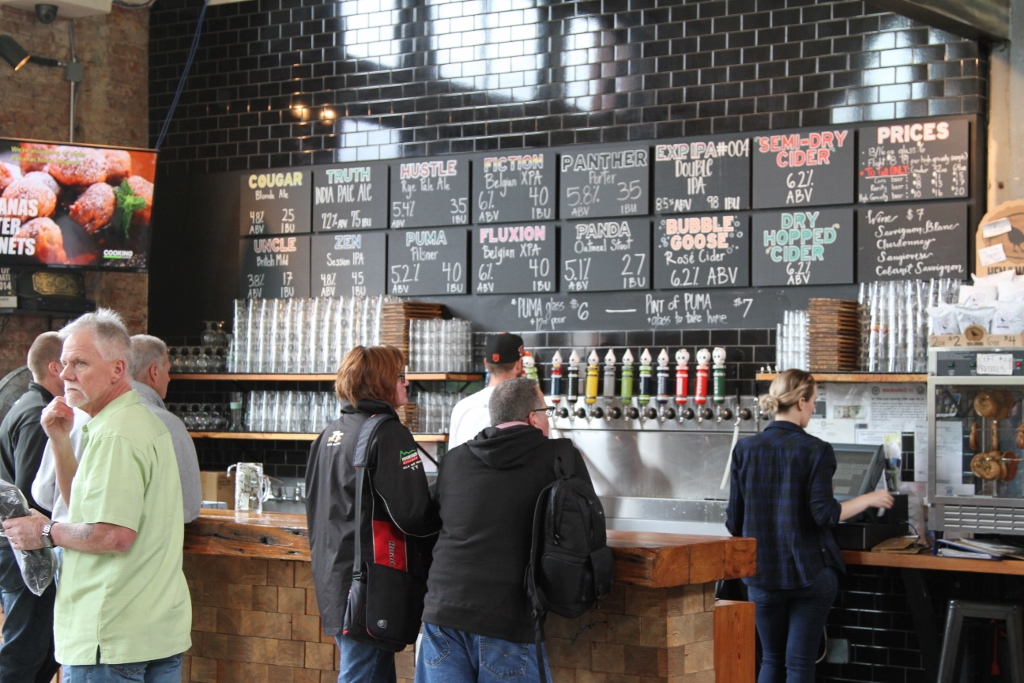 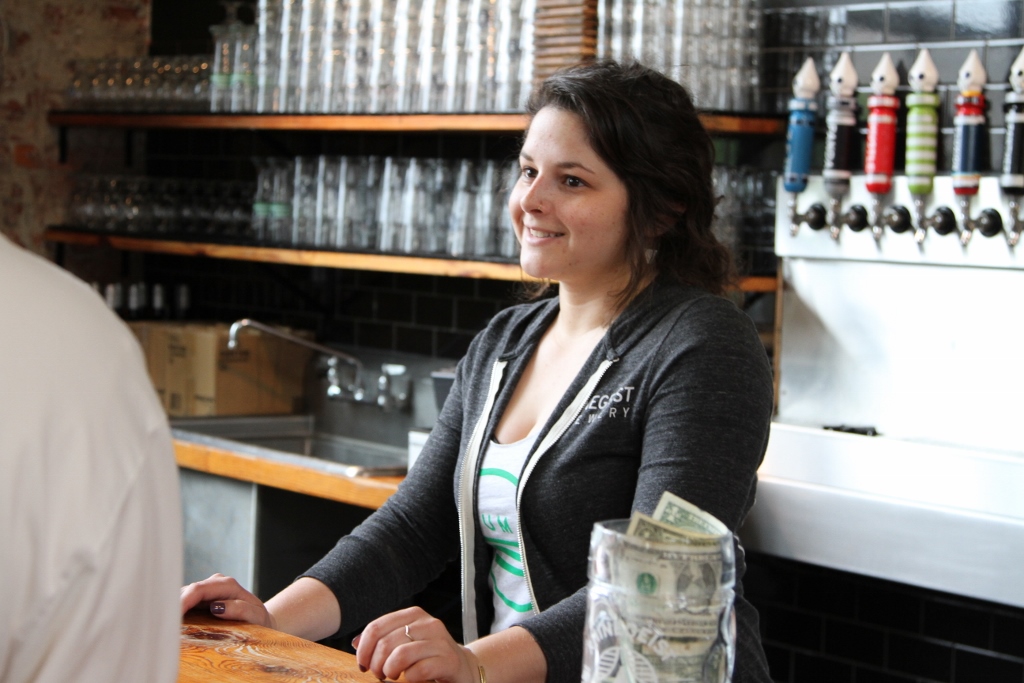 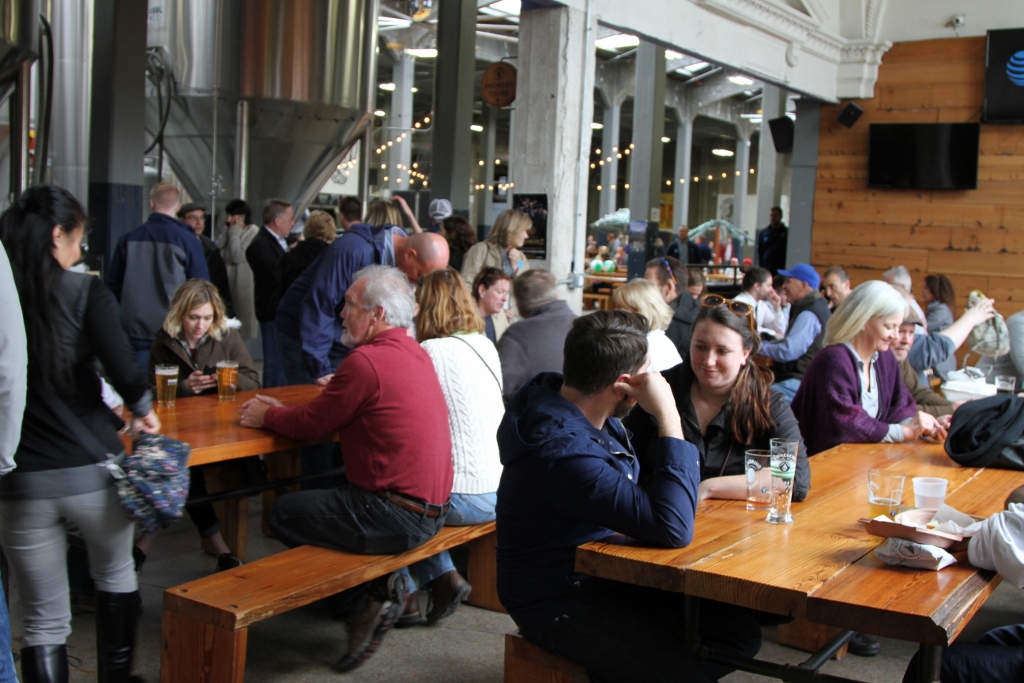 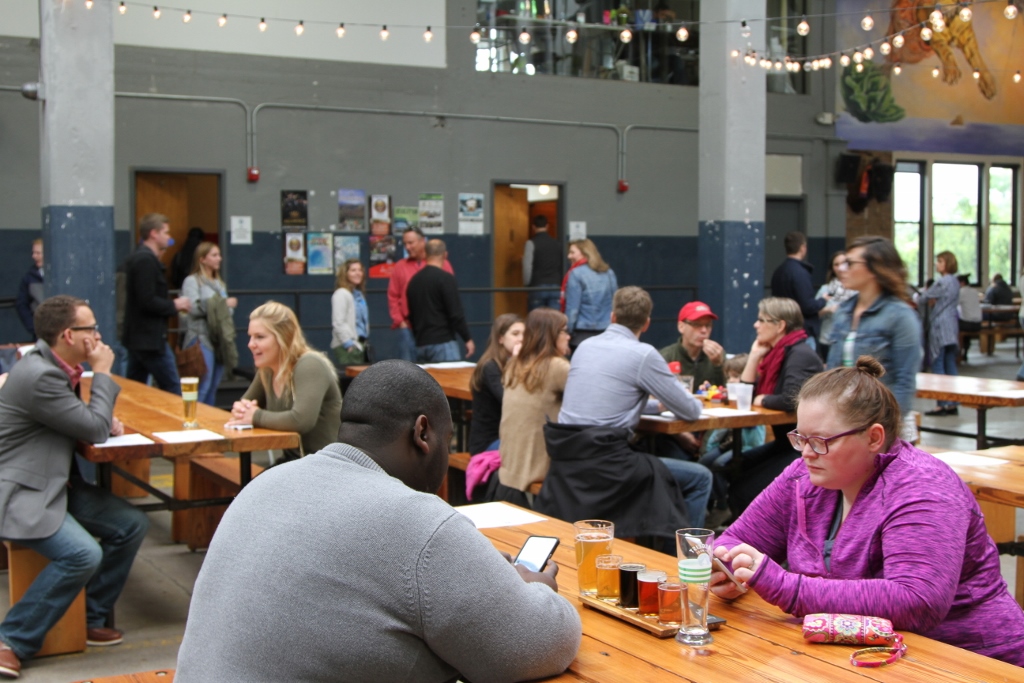 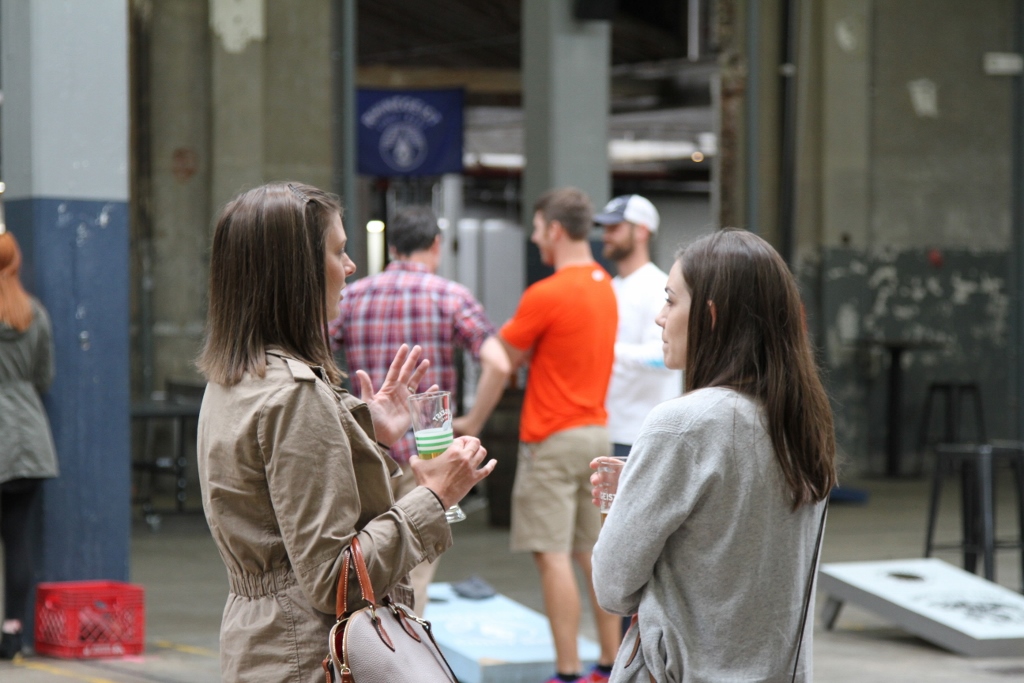 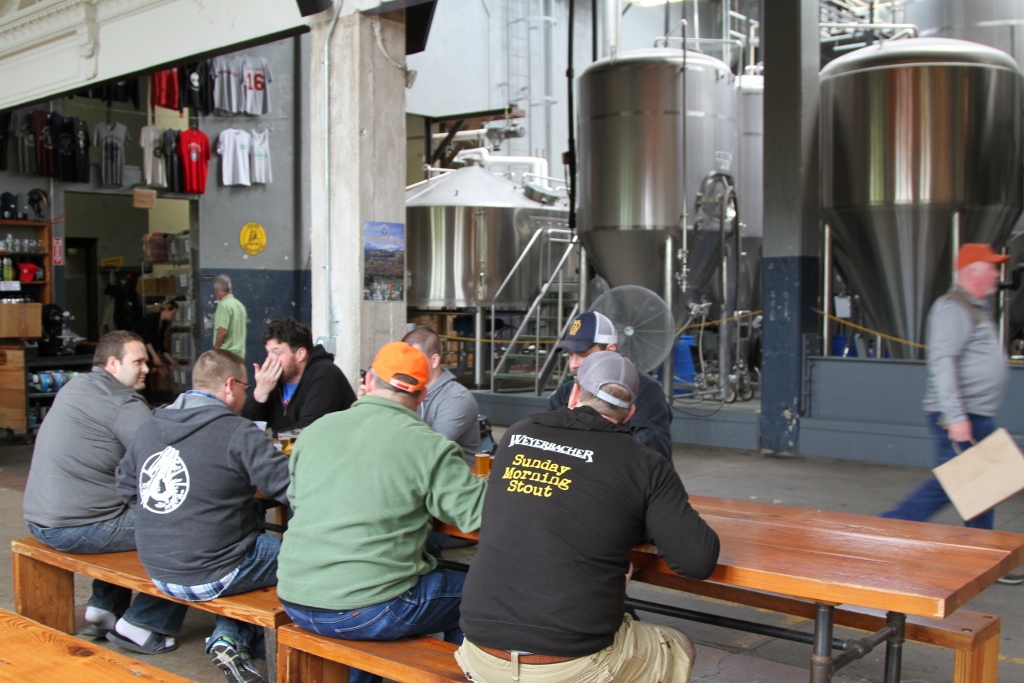 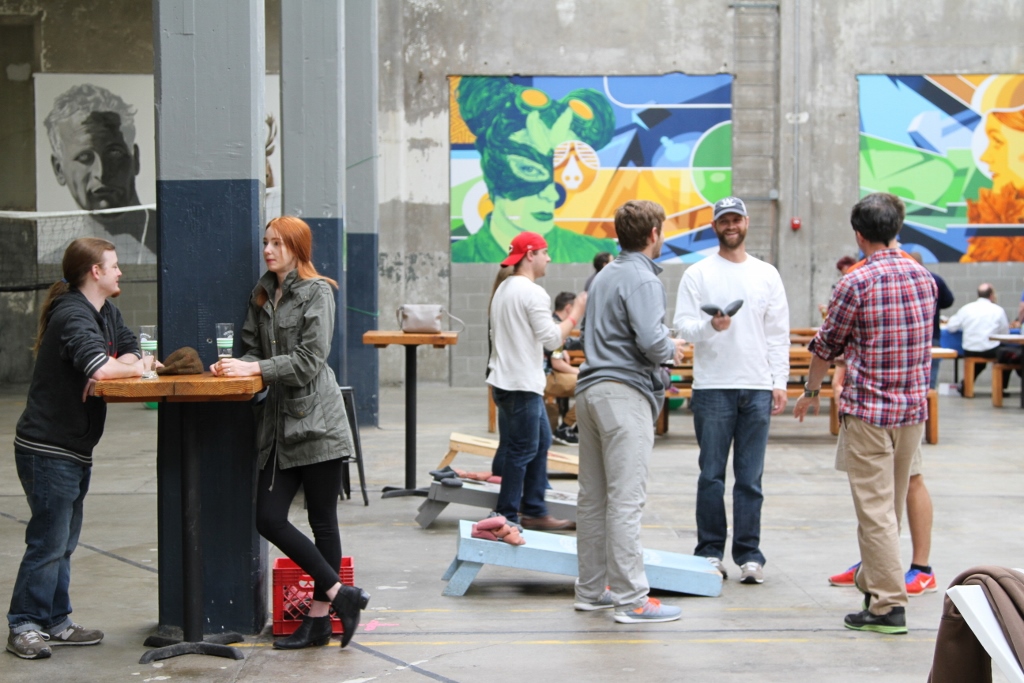 You might not find casserole hot dish in the basement at Rhinegeist, but the beer and the company are genuinely good. It’s the kind of atmosphere where many levels of society come together to schmooze and cross pollinate. Construction workers arrive after a long day of highway resurfacing and sit next to white collar types fresh from the office. College students mingle while extended families gather for celebrations. Very few other establishments do this sort of thing well. Let’s just say it’s a lot better than the Panda Express at the mall food court. 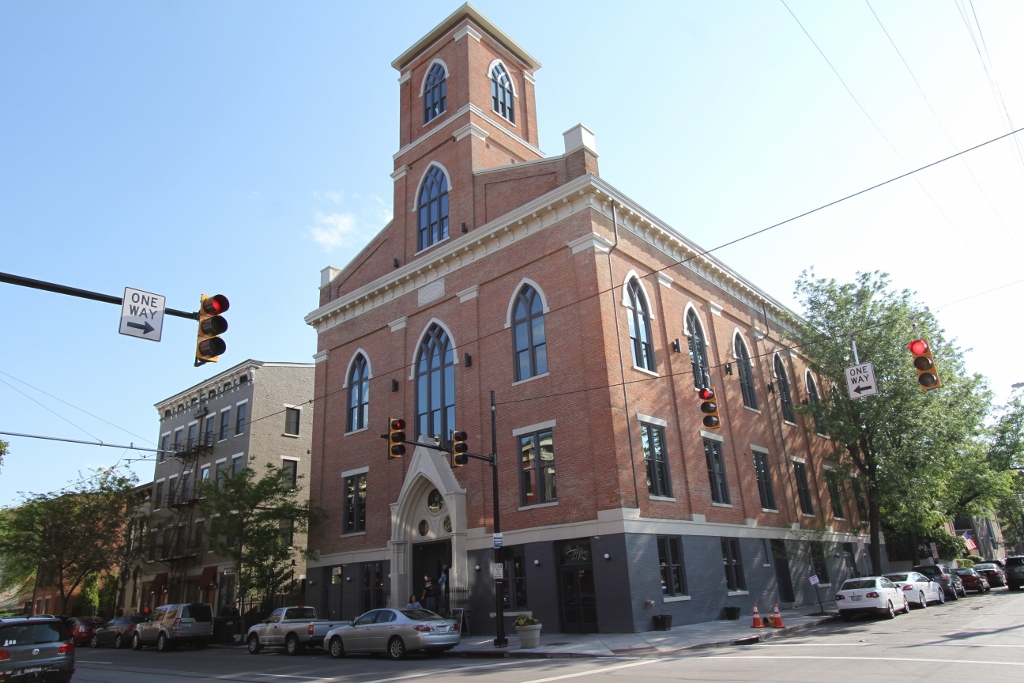 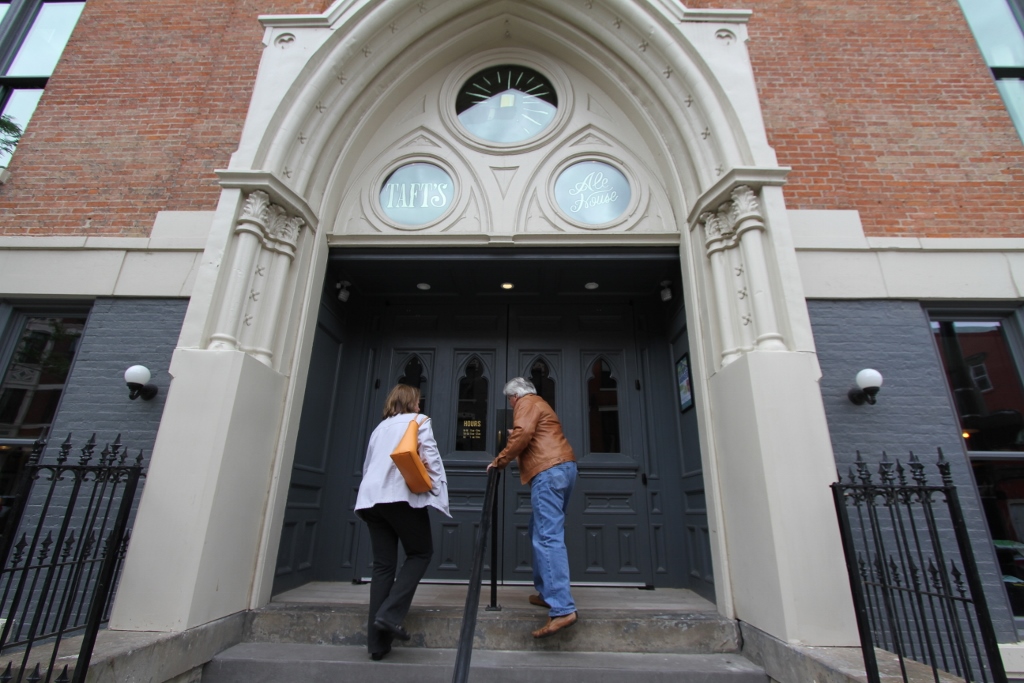 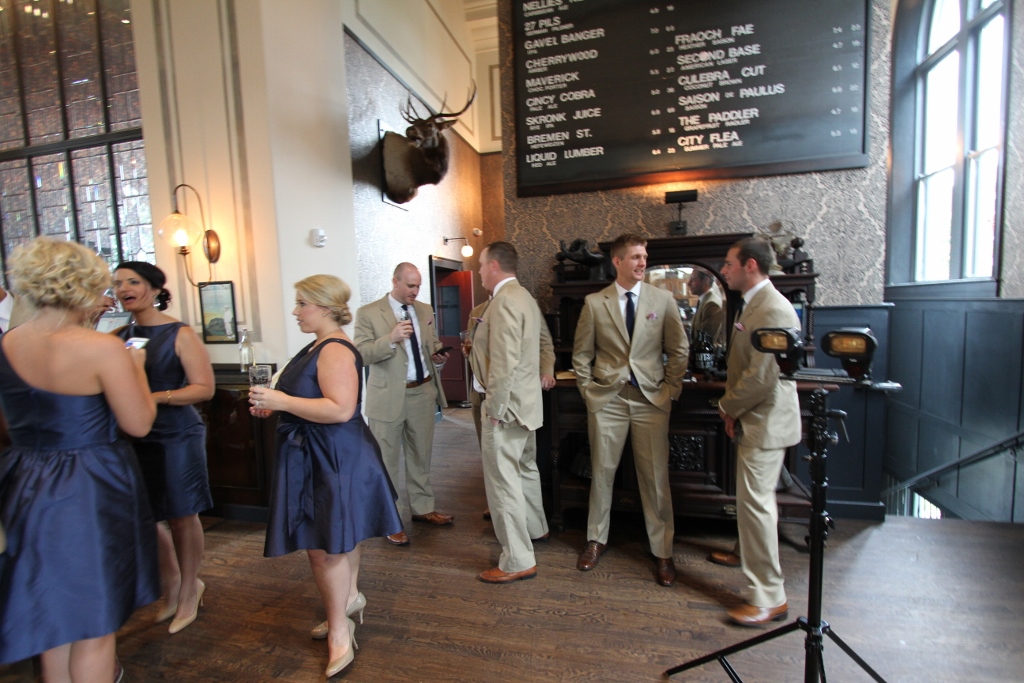 But the grand daddy of all beer churches is Taft’s Ale House which is an actual historic church building that is now the happy home to a brew pub suitable for weddings. Really. Who wouldn’t want to be married in a place like this? All the dignity of church. All the playfulness of an extravagant bar and restaurant. 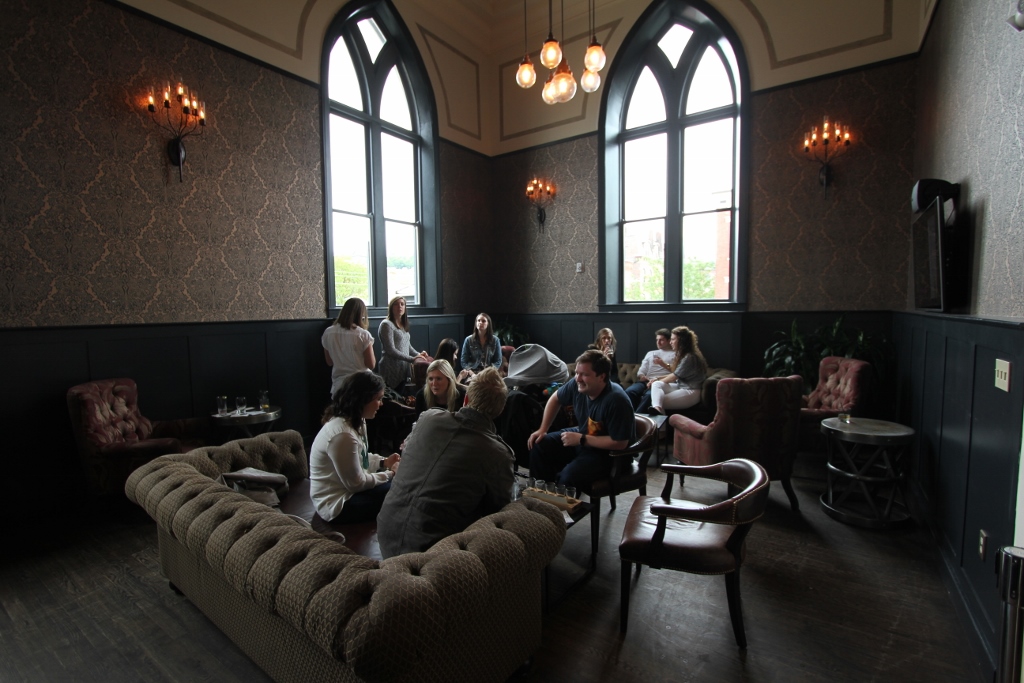 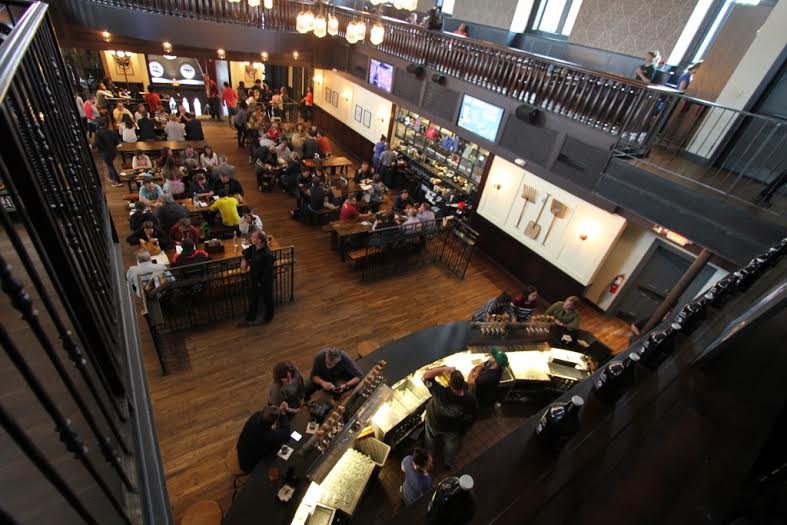 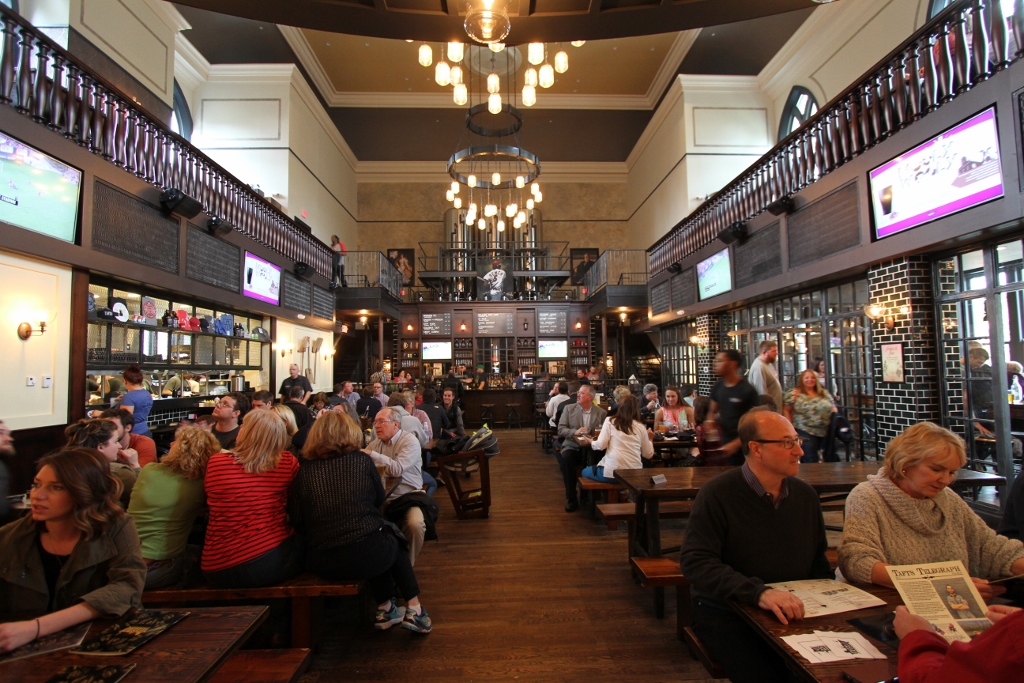 Not every town has Cincinnati’s wealth of magnificent old buildings and pre-war urban fabric. And not every town has so many incredible locals willing to put their heart and soul into such endeavors. But if your town is looking to foster genuine community spirit and a hometown gathering place you could do worse than follow Cincy’s lead.  Did I mention these places are wildly profitable?

And just for the record… Williamsburg, Wrigleyville, and the Mission – you’re not the only cool spots in North America. Just sayin’.