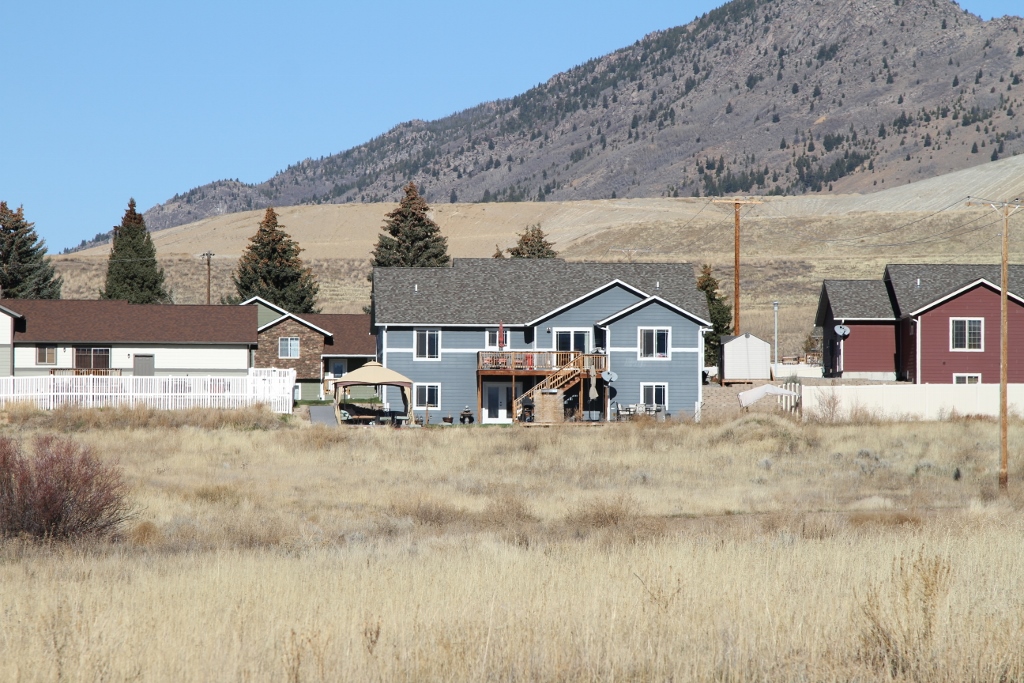 I spoke with a resident of Butte, Montana a couple of days ago who thought Detroit was so badly mismanaged that the entire city should just be bulldozed. I wandered around Butte and took photos and thought… hmmmmm. When they’re done with Detroit should the bulldozers start on Butte next? The same pattern of outward expansion and incremental abandonment is fully underway, but people don’t see it in their own home town. Or if they do they attribute the problems to entirely different causes. None of the usual “Detroit” suspects are much in evidence in Montana. 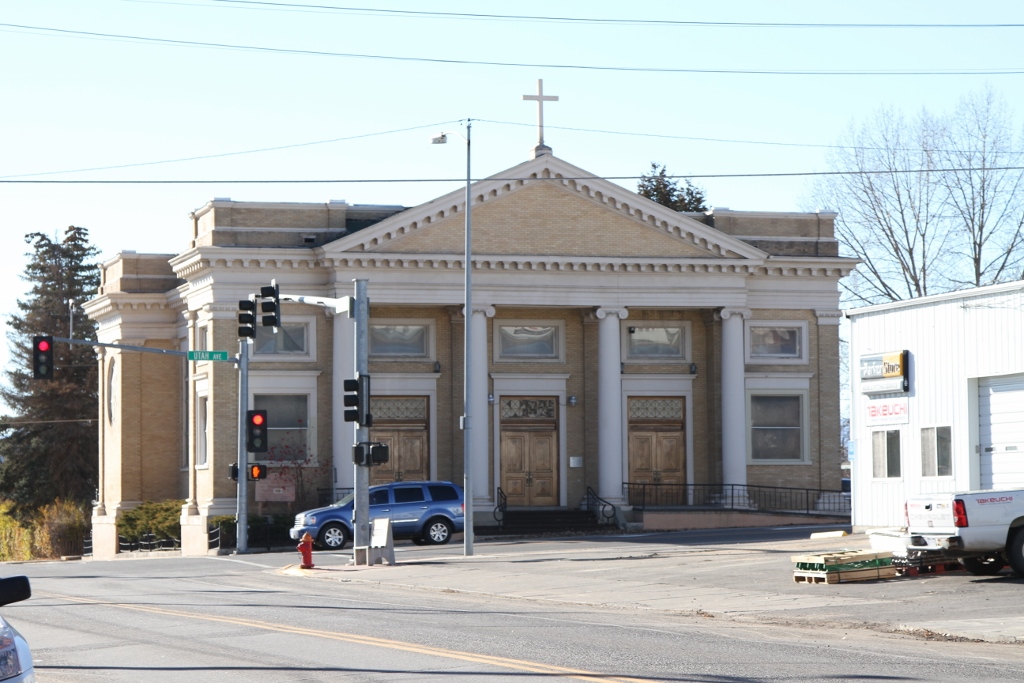 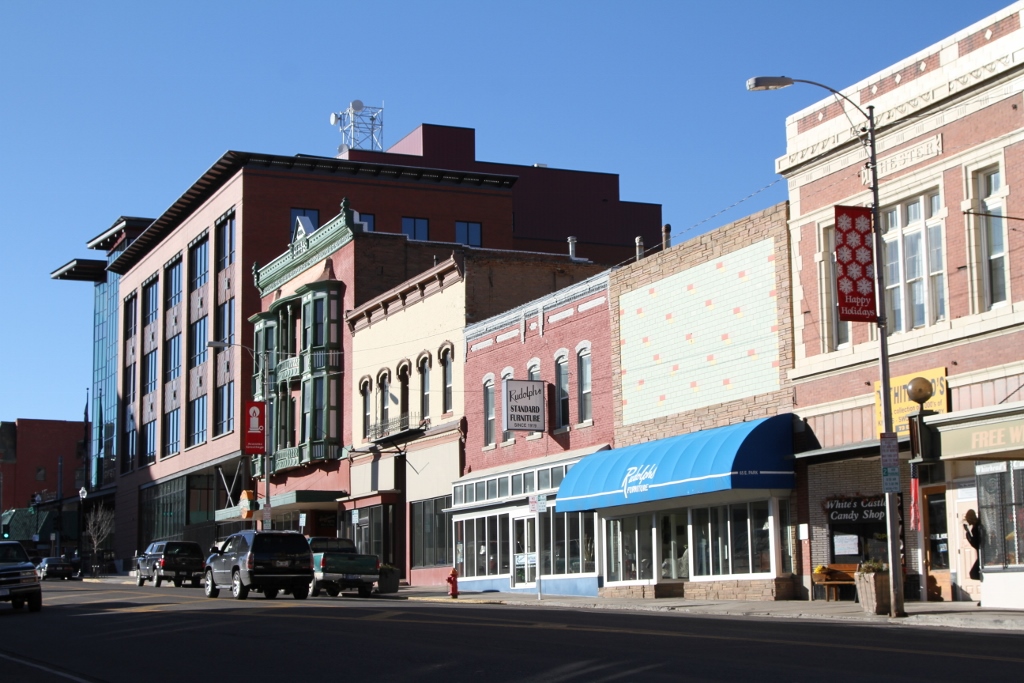 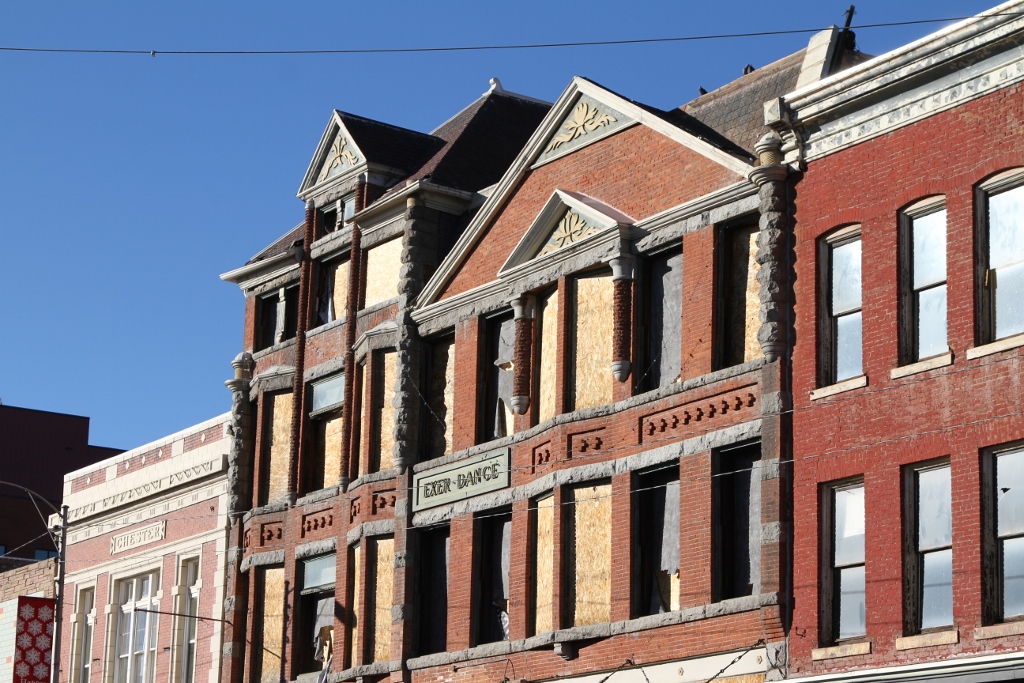 Butte had a thriving downtown at one time with grand churches, elegant hotels, busy restaurants, and all manner of shops, department stores, and ornate apartment buildings. The same can be said of Detroit. These places were built of brick and granite. With a few exceptions they’re mostly empty these days. The fact that they still stand after decades of neglect is a testament to their durability. 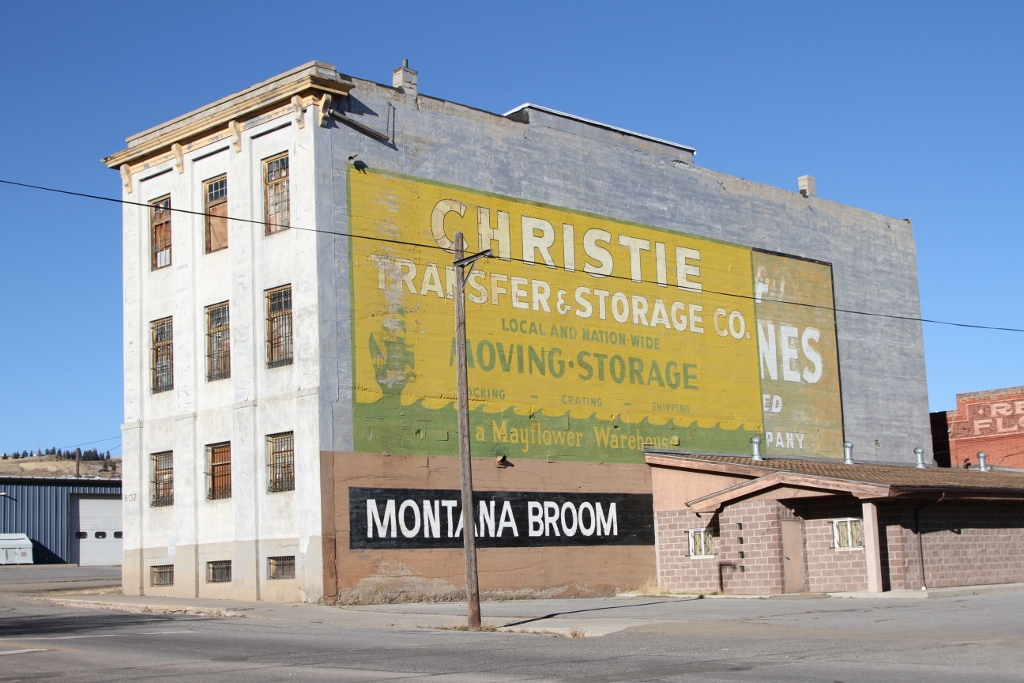 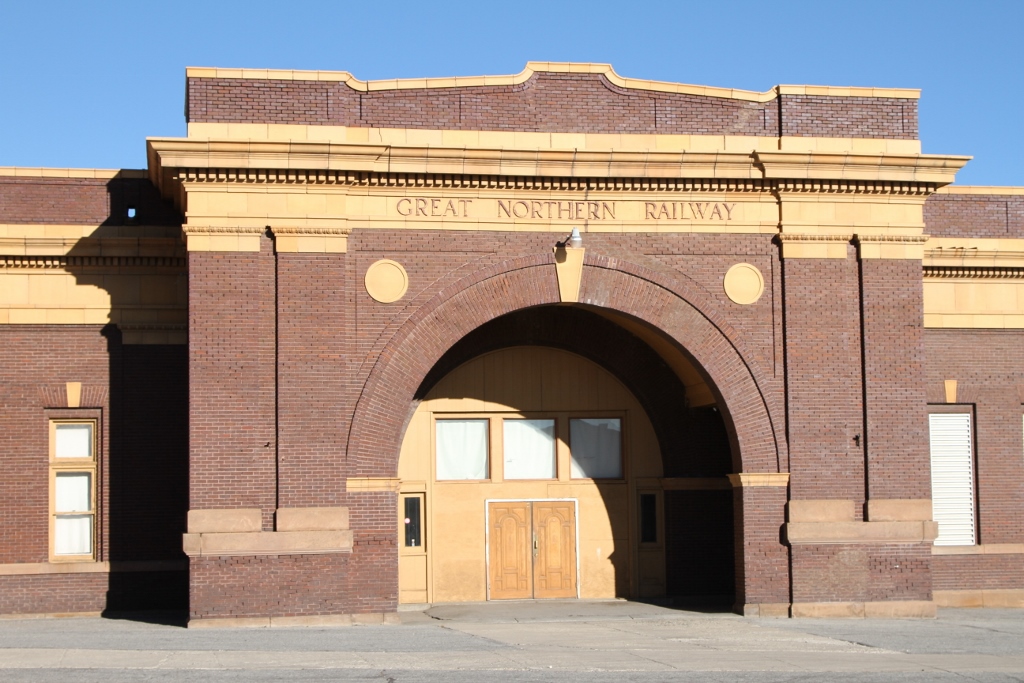 Butte was also an active transportation hub complete with manufacturing, warehouses, and support services. There are vestiges of economic activity here and there with a few surviving local establishments that soldier on. But it’s a faint shadow of its former glory. 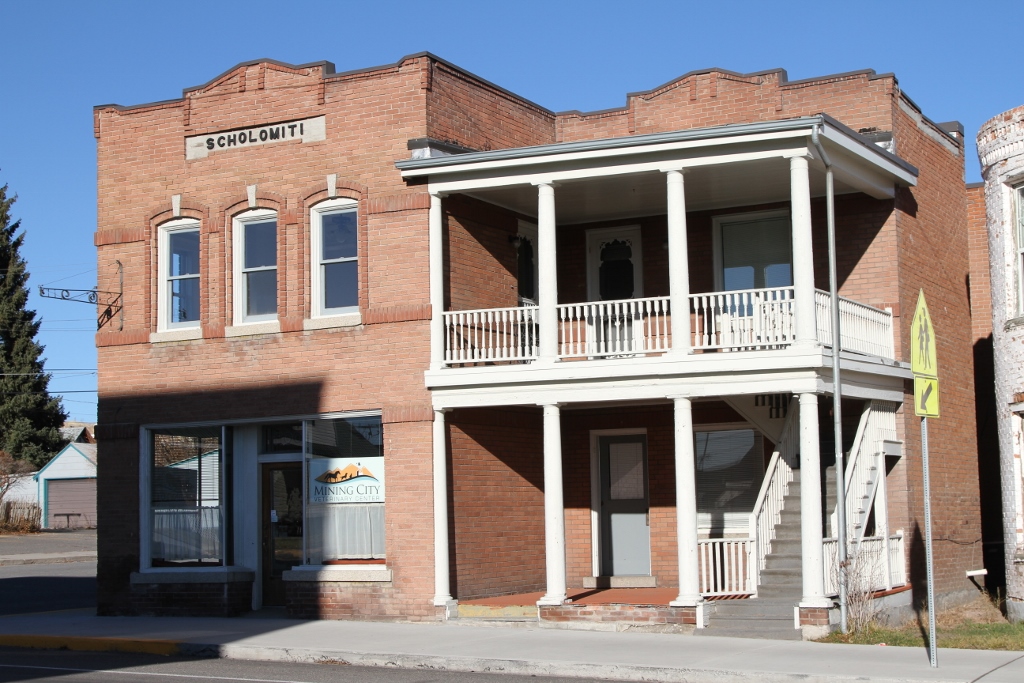 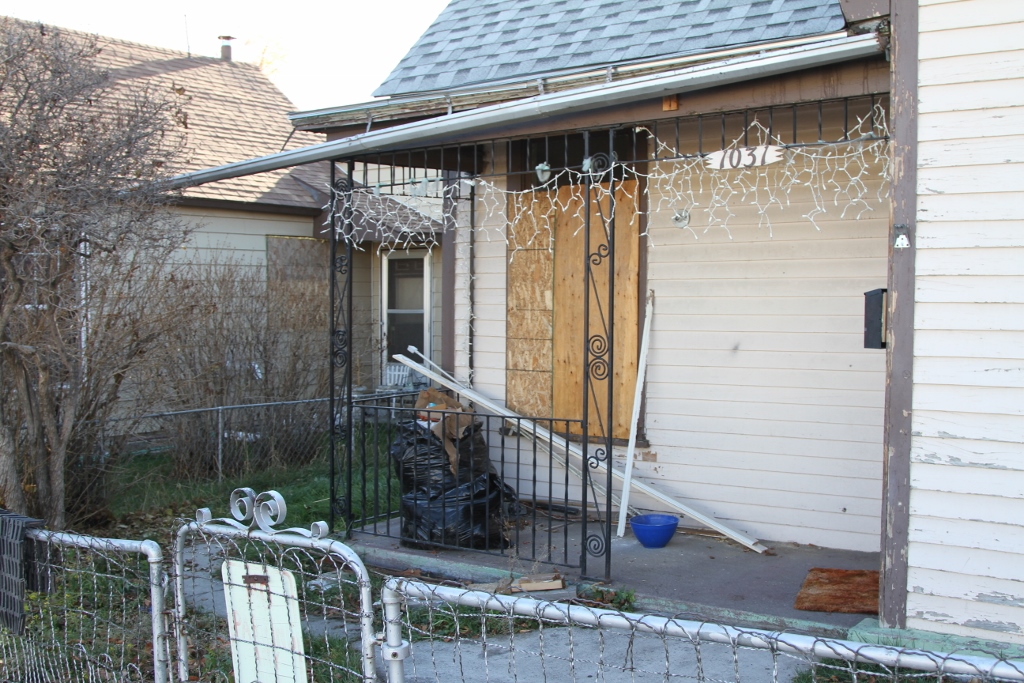 The housing stock around downtown is indistinguishable from the standard “Detroit” stereotype. Some homes were never particularly good quality to begin with. Others are amazingly well built and sophisticated. But here they are limping along or outright rotting and abandoned. 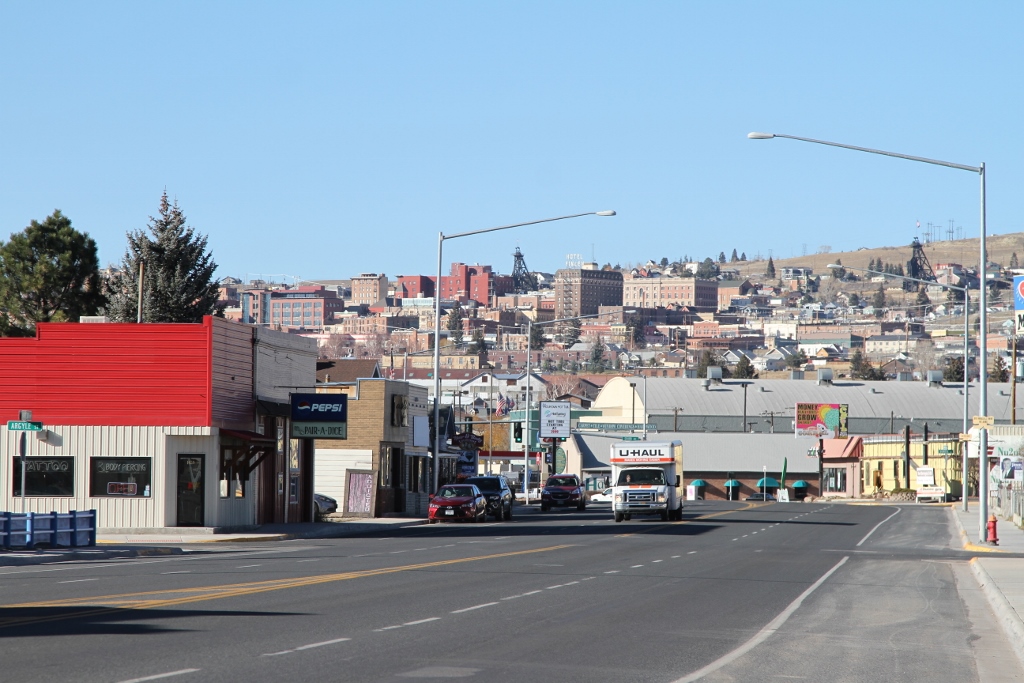 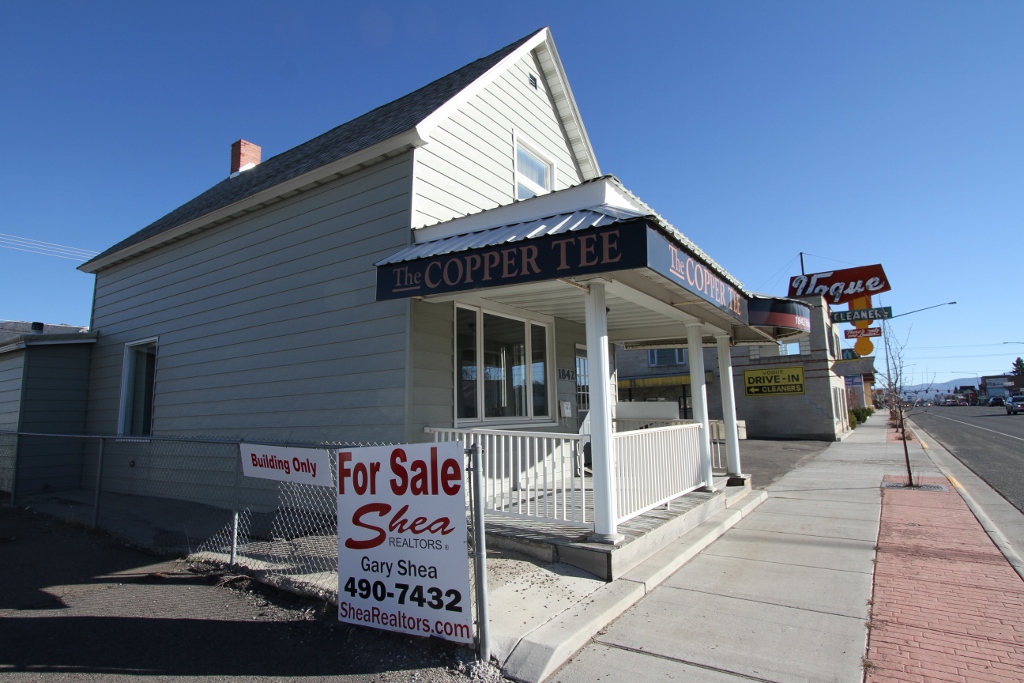 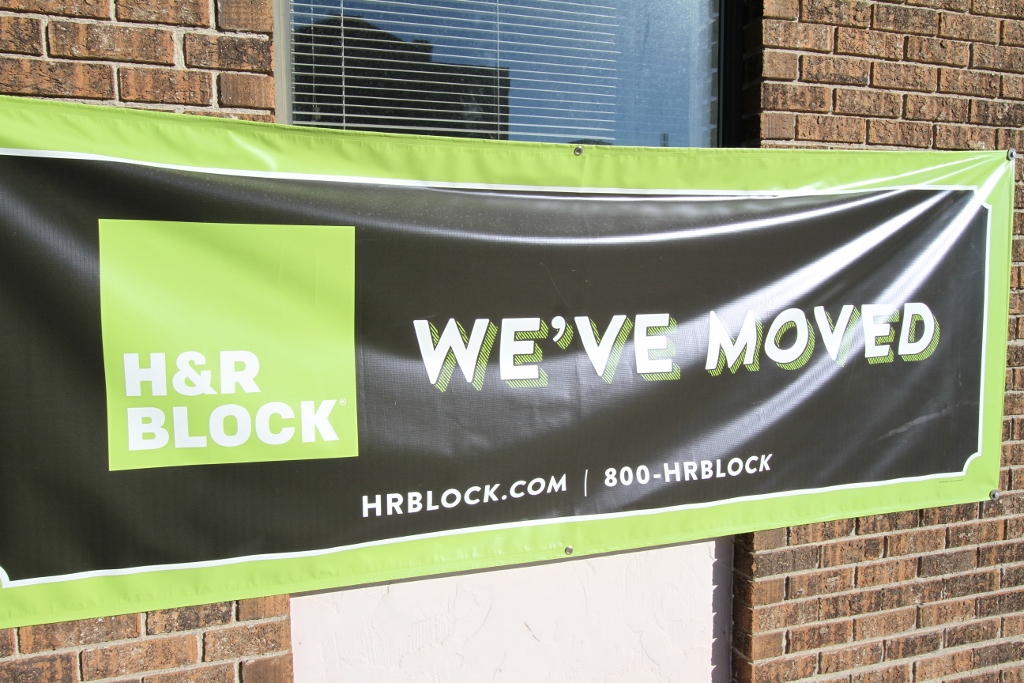 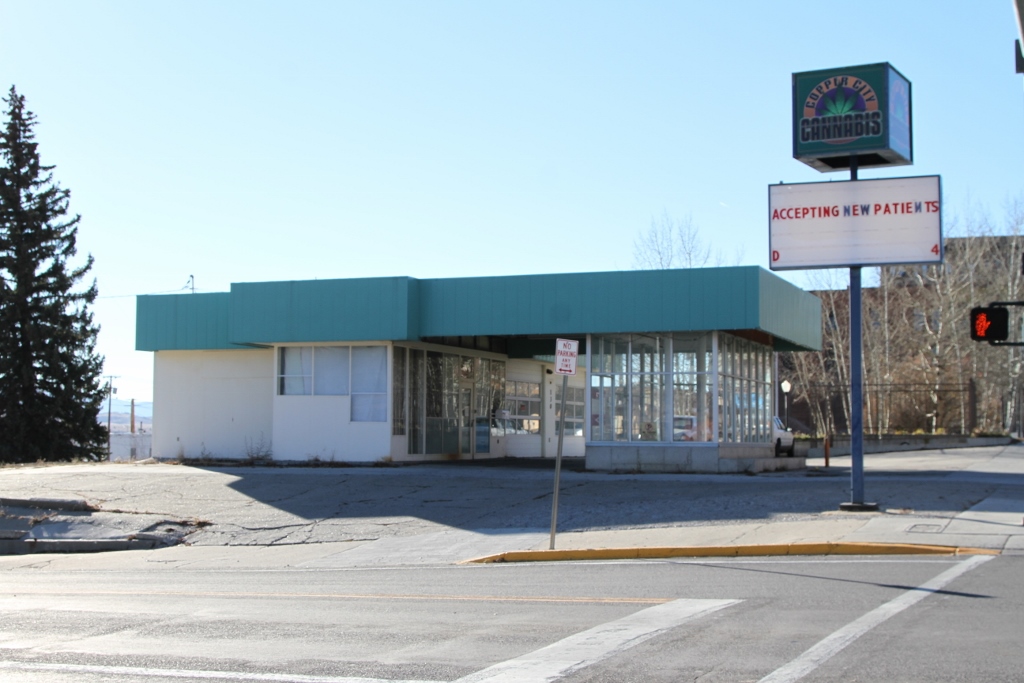 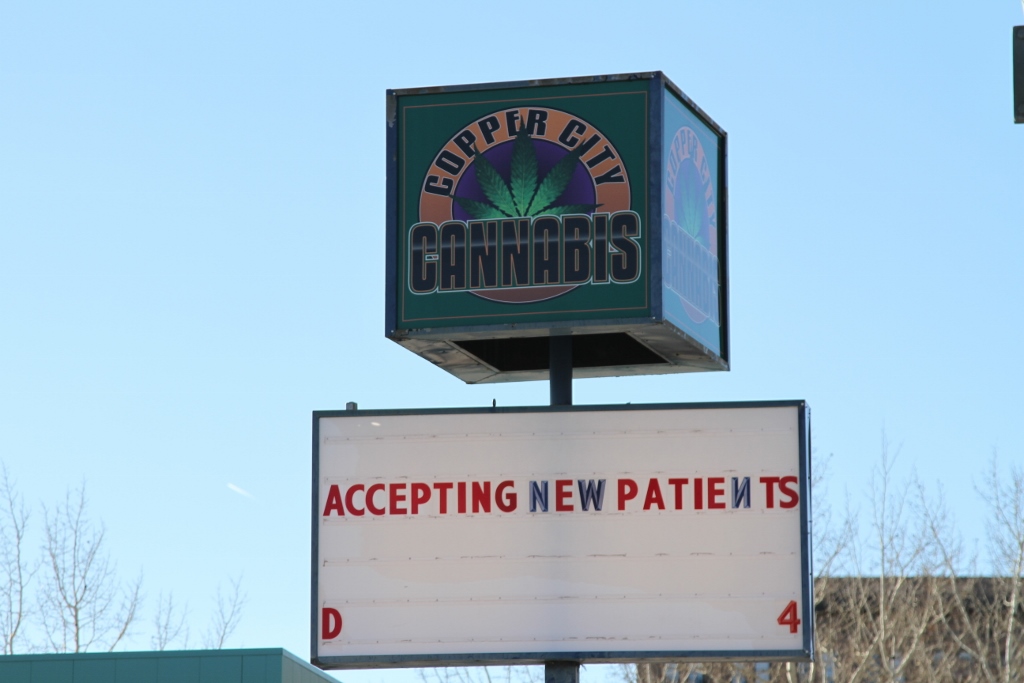 On the edge of downtown is a ring of 1950’s era commercial buildings that were shiny and new during the prosperous post war years. They’re now mostly empty too. Dry cleaners, dress shops, gas stations, accountants… all closed and moved to new locations. One dead auto repair shop was turned in to a cannabis dispensary, but apparently couldn’t make a go of it pending recent legislation (or the lack thereof.) 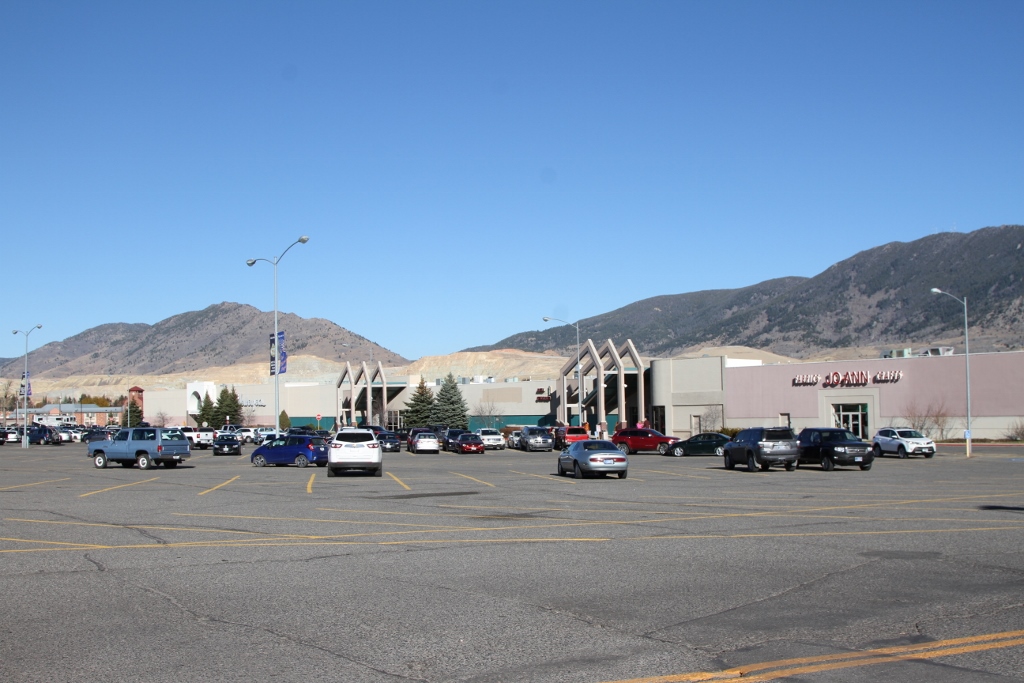 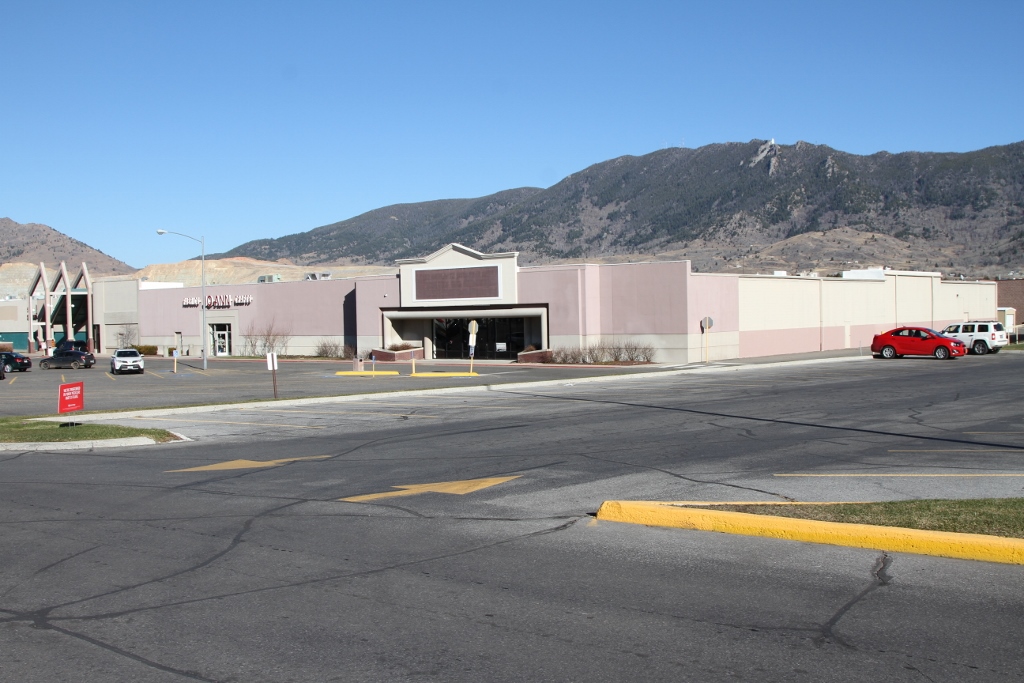 1970’s and 80’s suburban shopping malls were largely responsible for the demise of the 1950’s commercial zone and whatever dregs were left of downtown’s vitality. The Kmart and other chain stores have now run their course and are well on their way to joining their older cousins in the great scrap heap. Shall we call in the bulldozers now or let them fester for another couple of decades? 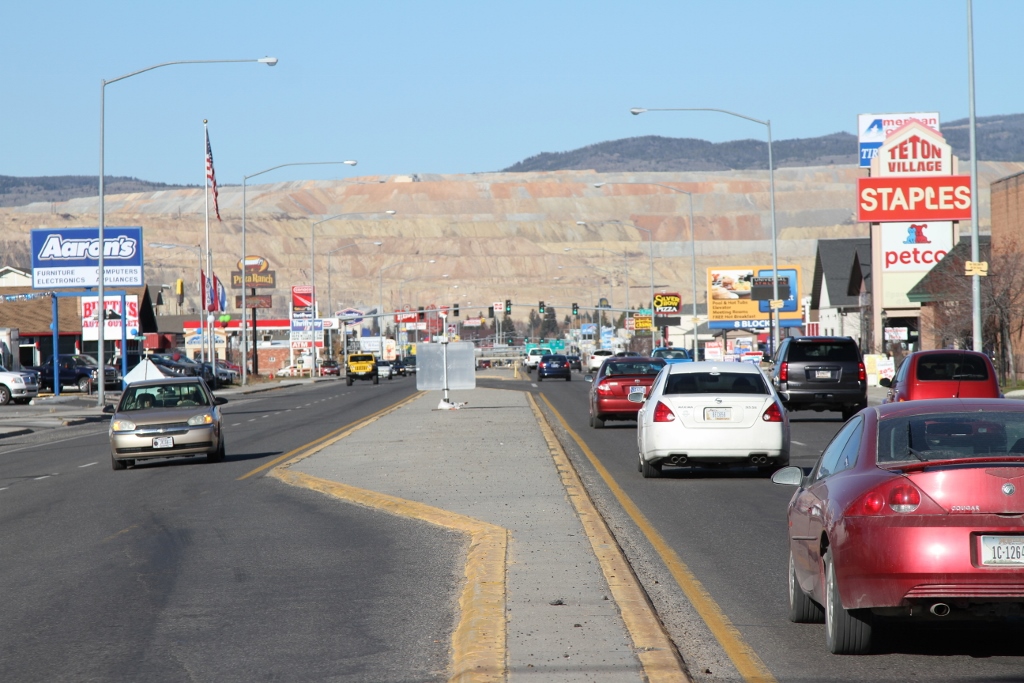 New development on the far edge of town is continuing apace in the usual fashion. Housing subdivisions, strip malls, muffler shops, fast food outlets… all new and shiny. But the population of Butte has remained exactly the same for decades. 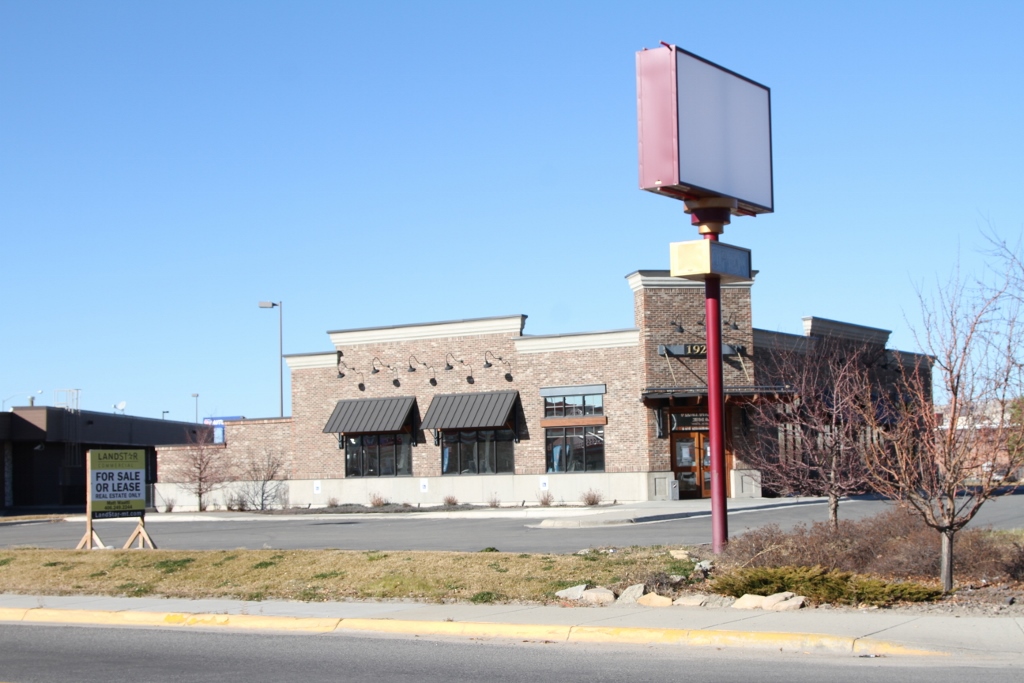 It isn’t uncommon to see fairly new places that struggle to find a viable occupant. New buildings go up on speculation and don’t necessarily fill a real need in the community. 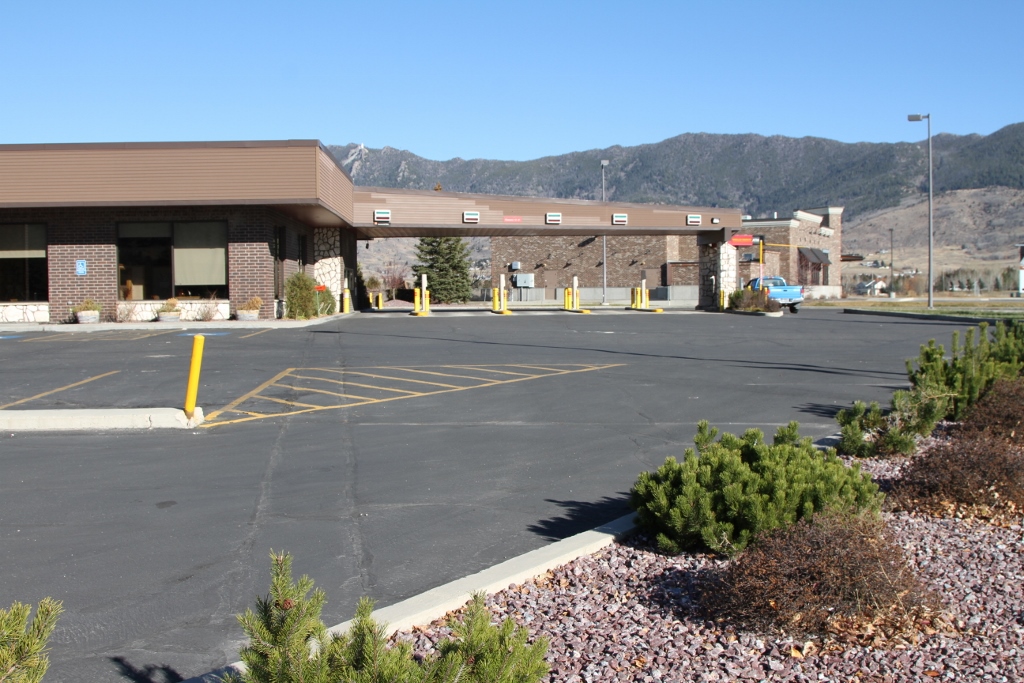 And then there are all the dead men walking. How much longer do you think it will be before almost all banking exists in a purely electronic form without the need for humans and little bits of paper and physical buildings? Suburban drive-thru banks will fade away like buggy whips. So what exactly will become of these structures? Evangelical ministries? Wig shops? Thrift stores for the local animal shelter? We know how his movie ends. 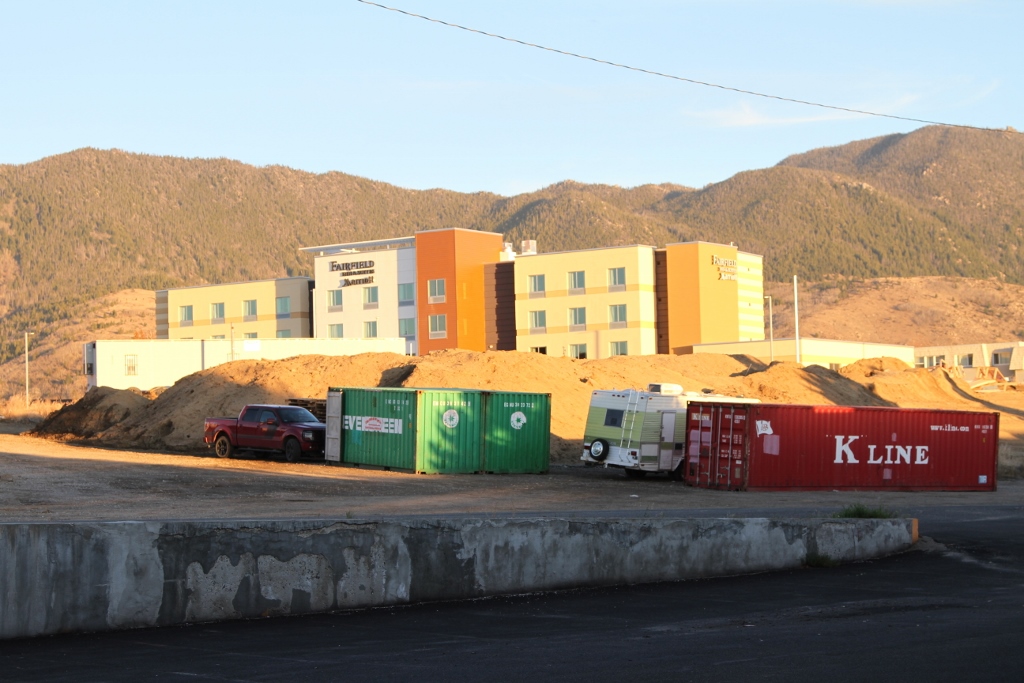 On the edge of town next to the interstate a new hotel is under construction. It will be shiny and new – for a while. So what happens to the older places? That bulldozer is going to be very busy in Butte.

8 thoughts on “Bulldoze It All”