I’ve been asked by the Strong Towns folks to write about Black Friday parking. Black Friday is the day after Thanksgiving which signals the official beginning of the Christmas shopping season. This general consumer feeding frenzy is responsible for the largest single chunk of many retailers’ sales and profits for the entire year. Even if parking is considered excessive every other day of the year, there must be enough parking to accommodate this particular peak in demand. #BlackFridayParking 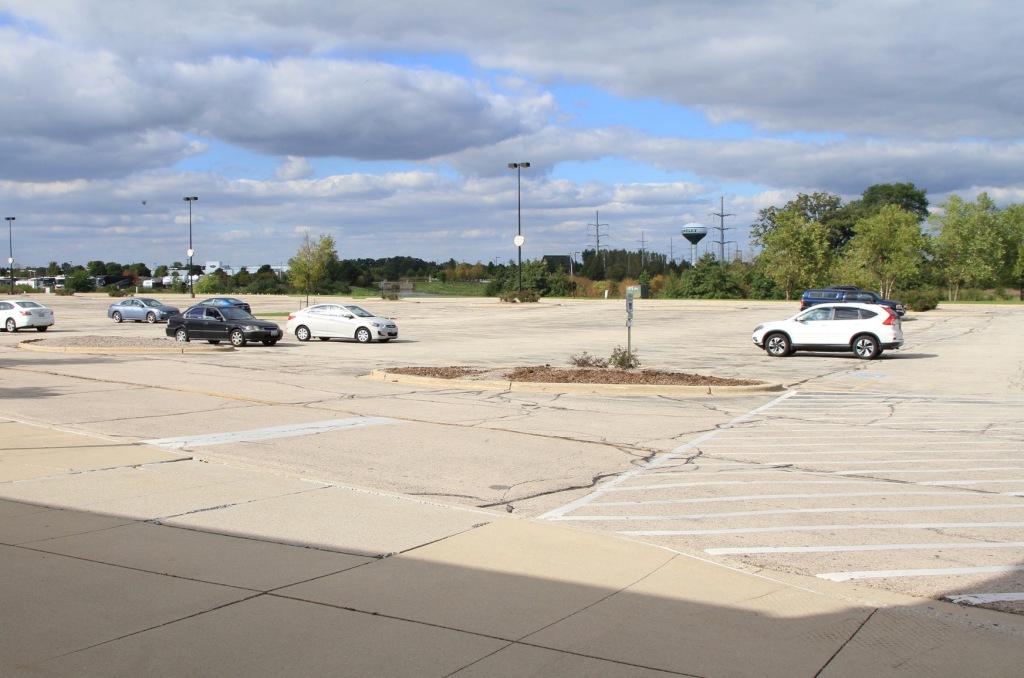 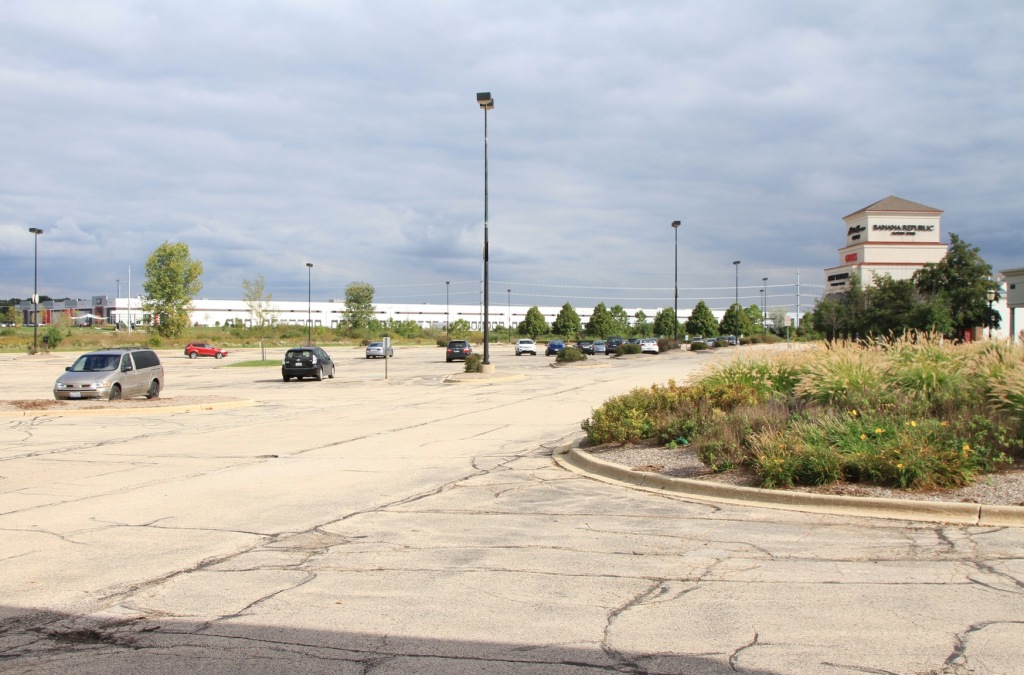 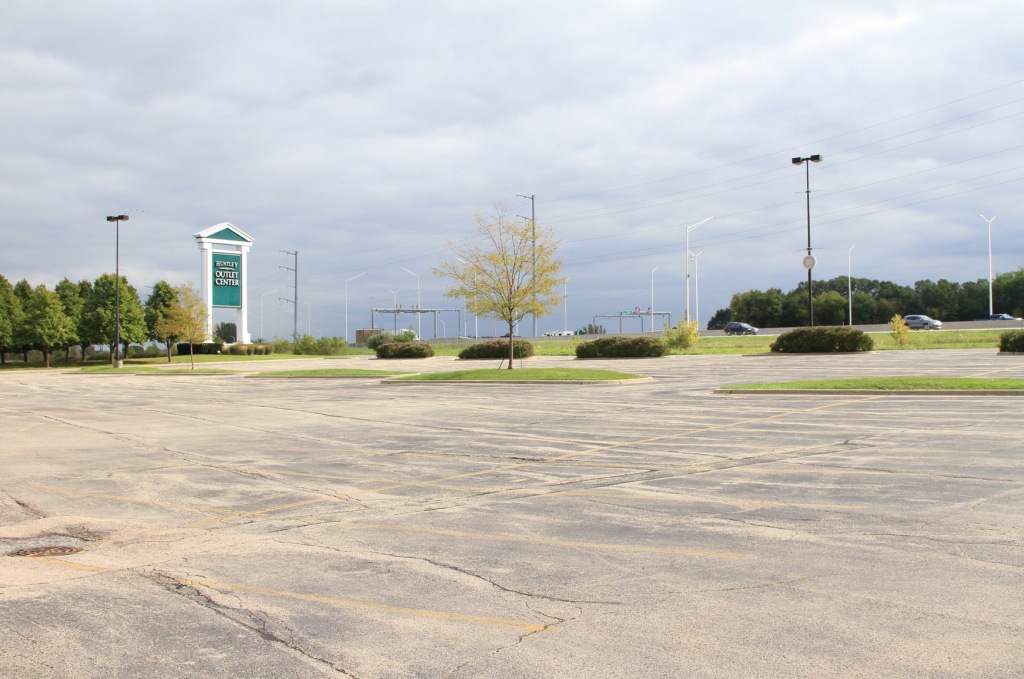 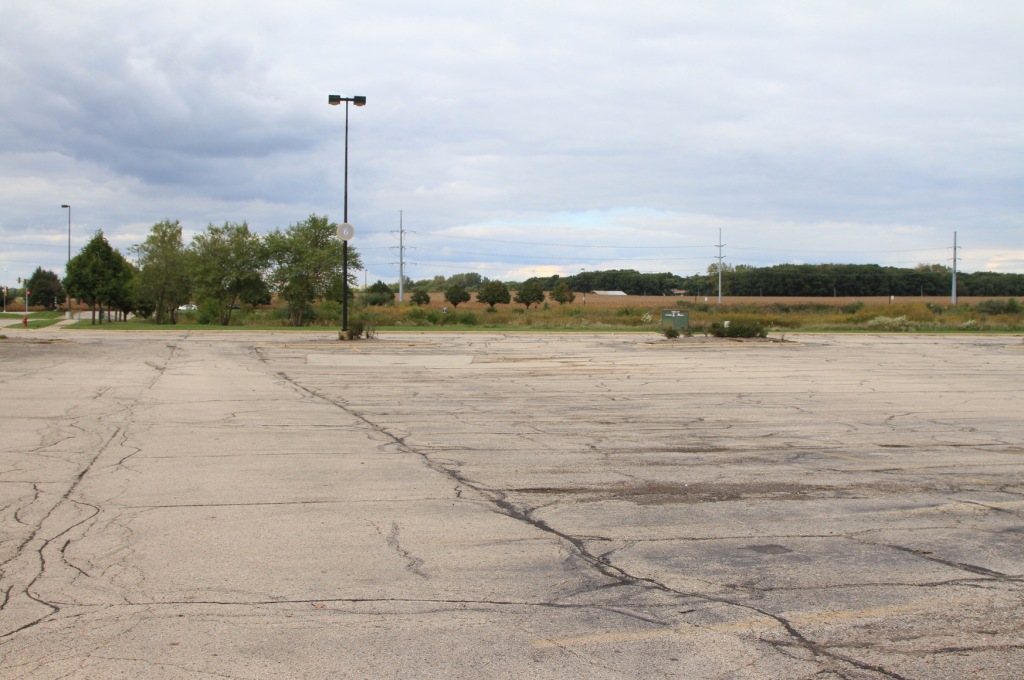 As is my custom I’m taking a different approach on the subject. Instead of going to the most trendy shopping malls in the most affluent neighborhoods on the most congested day of the year (I’d rather chew on broken glass, thank you very much) I’m pulling up photos from my travels that show the discarded husks of not-terribly-old retail centers. This is the Jacob Marley of parking. Insert sound of rattling chains and moaning. For me it’s not important to document how the currently fashionable retail plazas are doing since proponents of such places will argue that they’re thriving. And indeed many are. I’m more interested in seeing what they look like after the bloom has left the rose. It doesn’t take long. 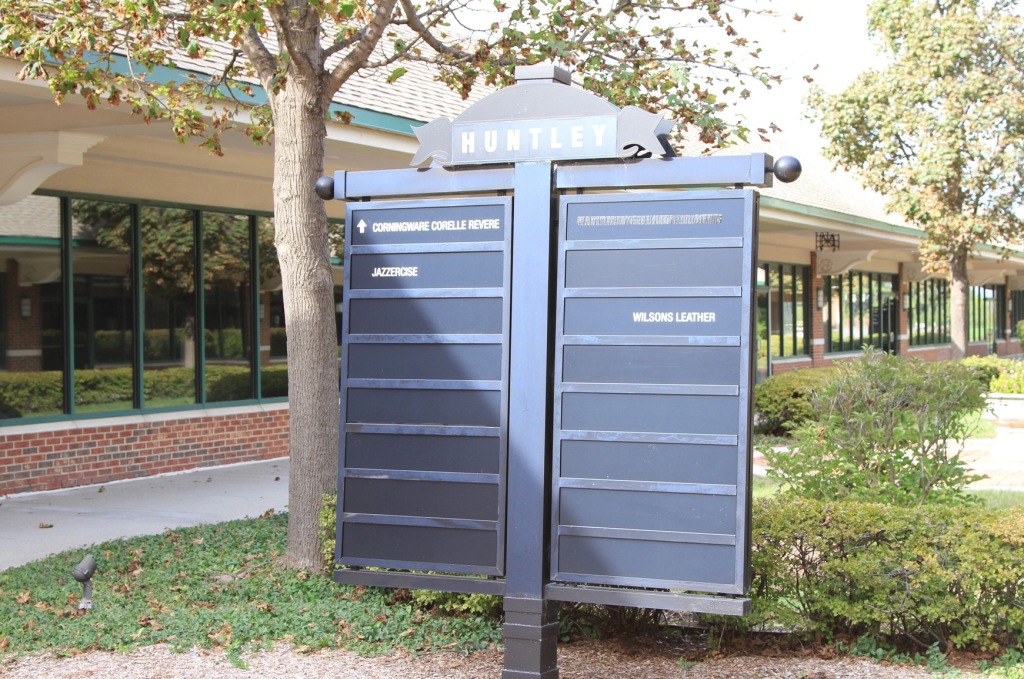 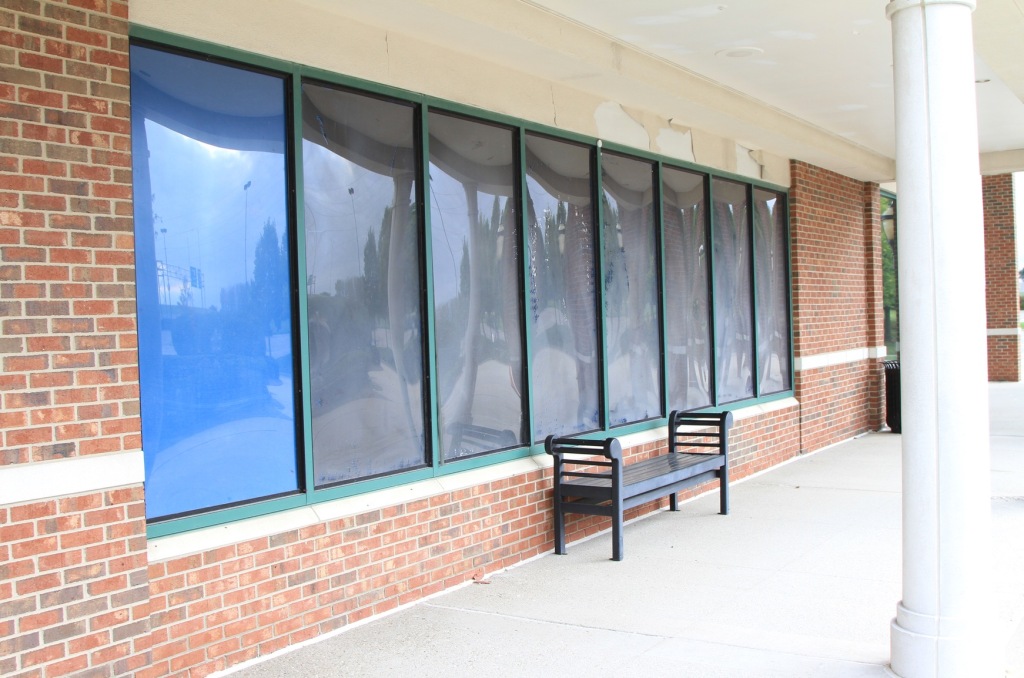 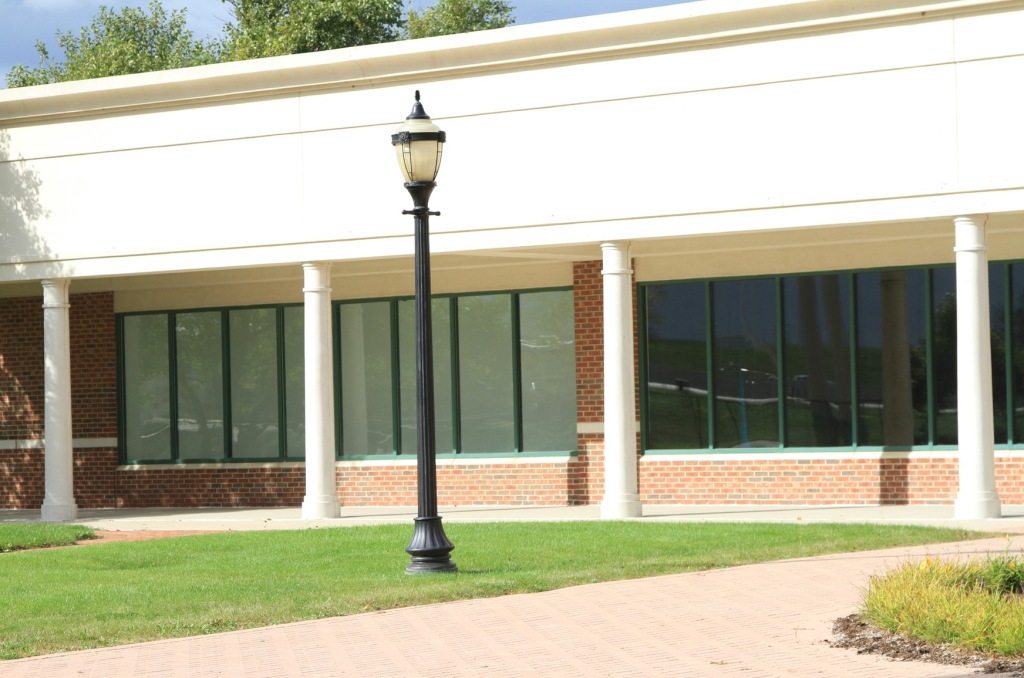 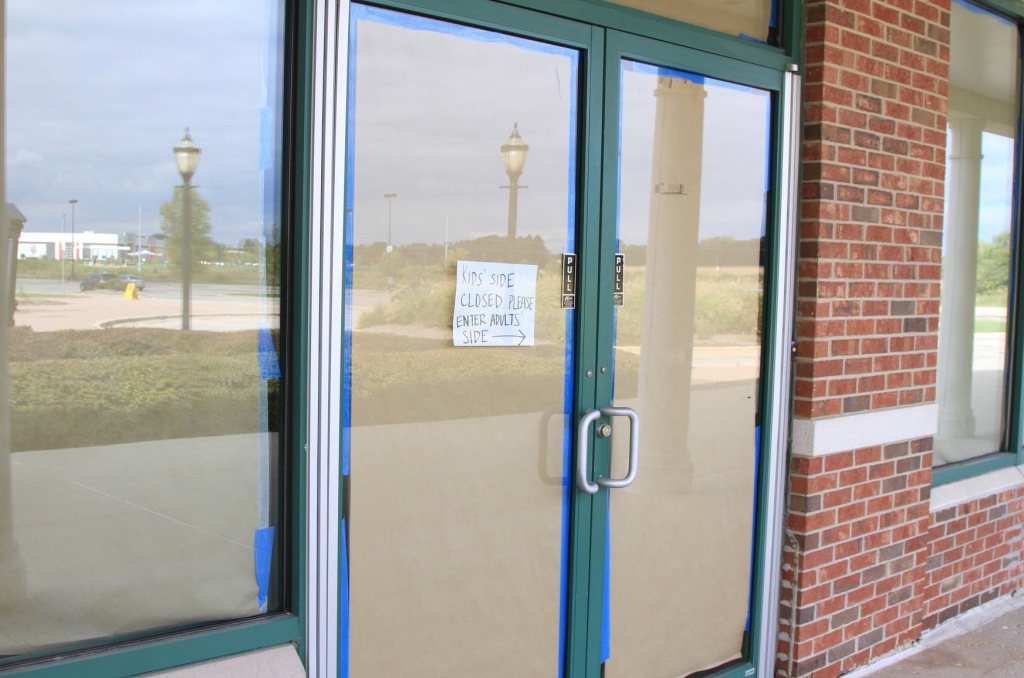 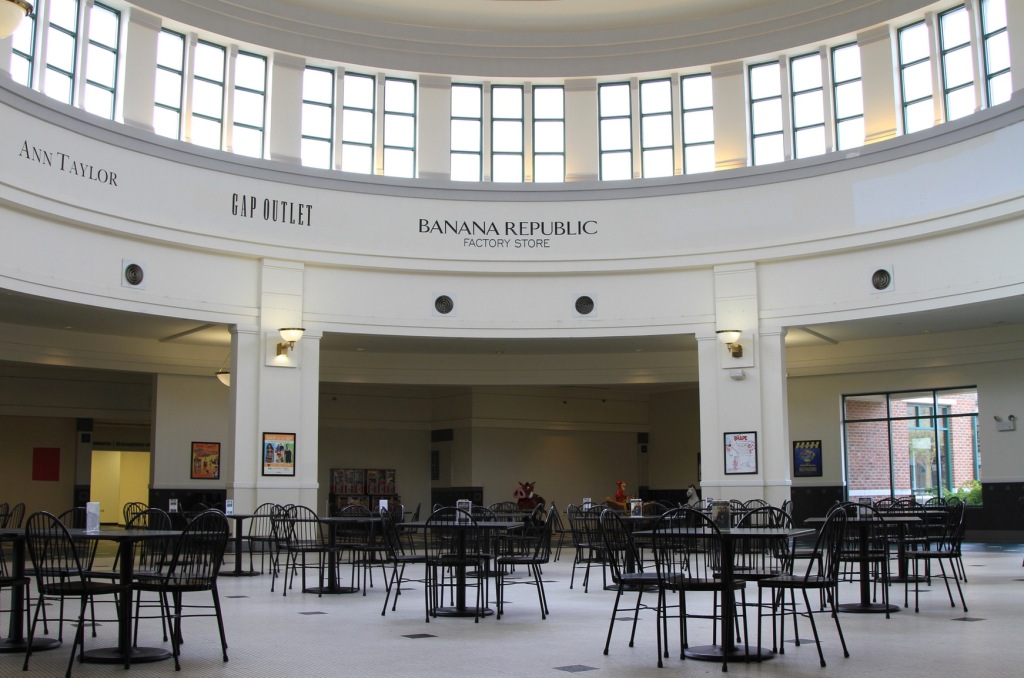 This is the Huntley Outlet Mall on the outskirts of Chicago which was built in 1994. It’s now nearly entirely devoid of tenants just twenty two years later. Municipal officials have cited the property with hundreds of violations in an attempt to force management to maintain the buildings and surrounding landscape ostensibly for “public safety.” In reality the mall is simply demonstrating visible signs of economic failure and it’s making the town look bad. Hint: You can’t legislate prosperity. 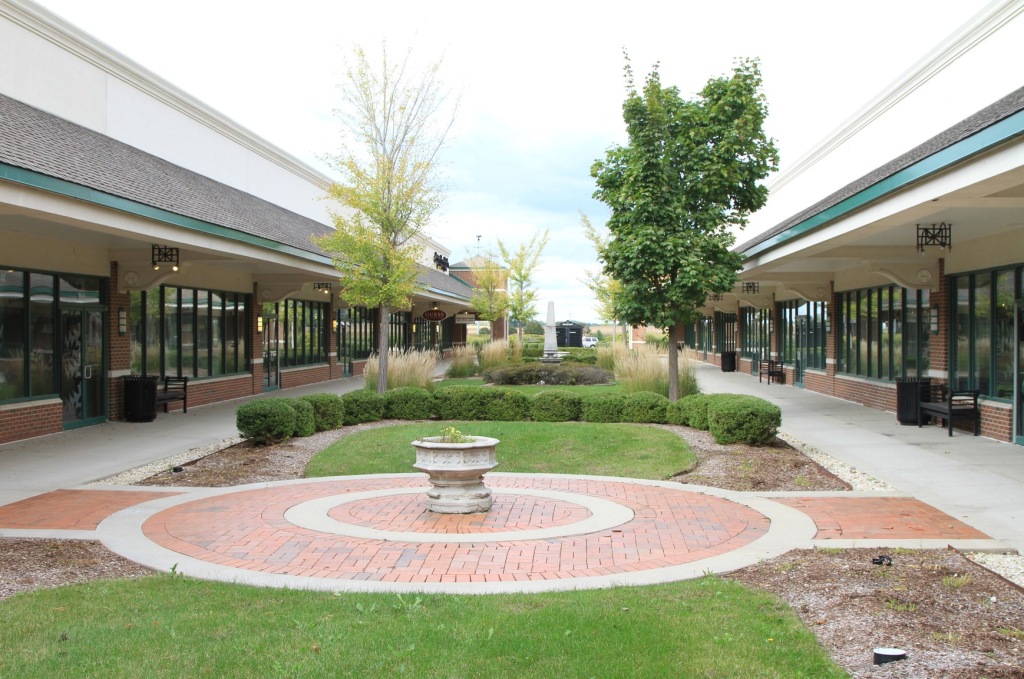 This complex has pretty good bones. Whoever designed it understood the basic concepts of architectural proportion, the elements of good urbanism, and a functional public realm. But it isn’t a real village. From the get go it was intended to be a single use cash cow that would gather sales tax revenue from out-of-town drivers lured off the adjacent interstate to subsidize Huntley’s municipal budget. That’s what outlet malls have always been about. It’s the same promise of economic benefit as a casino, aquarium, stadium, and so on. But here it stands empty reminding the town how it made a bad wager a generation ago. 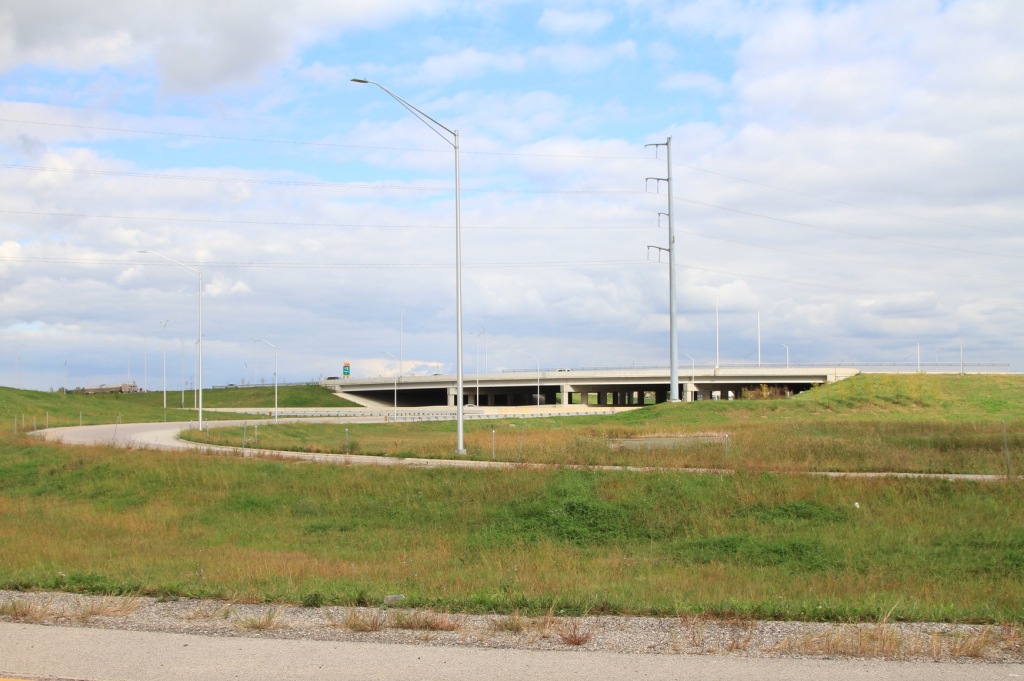 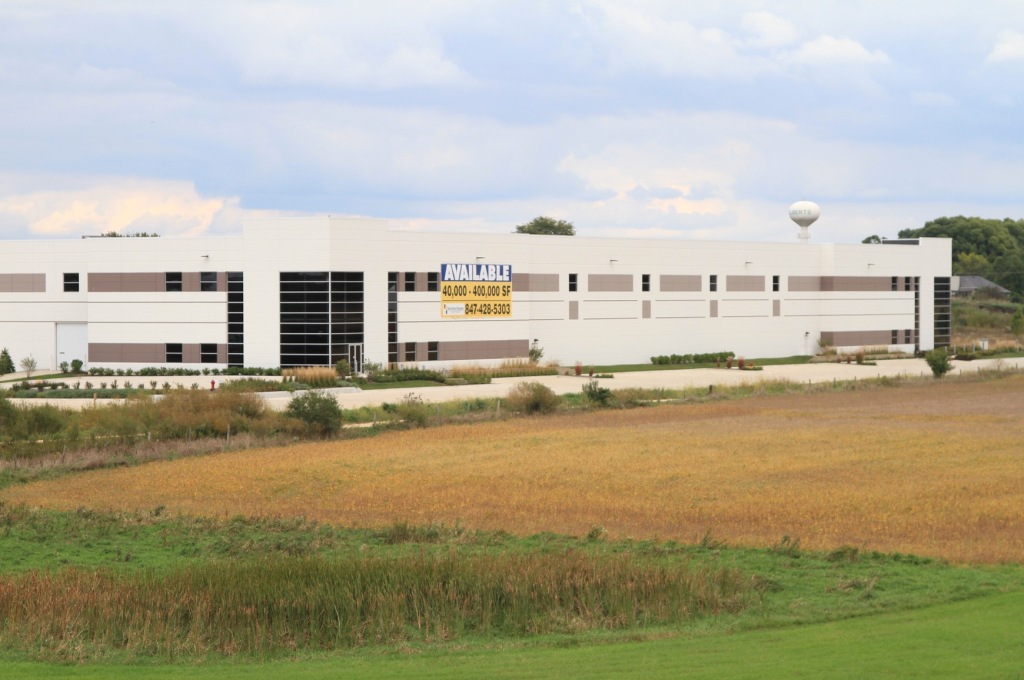 Here’s what surrounds the Huntley Outlet Mall. This is classic exurban hopscotch development: farms, large single family homes in “estate” subdivisions, and industrial parks. In this case it looks like the factory buildings have taken the same trajectory as the mall. Build it and they’ll come… for a while anyway. Then they’ll migrate away and leave behind an empty shell. The estate homes that were so enthusiastically embraced by the authorities will never pay enough tax to support the local services and infrastructure they demand. Huntley was a quiet stable farm town that had delusions of reinventing itself along an upscale suburban model. Now it’s left with these ruins and a structural insolvency problem. 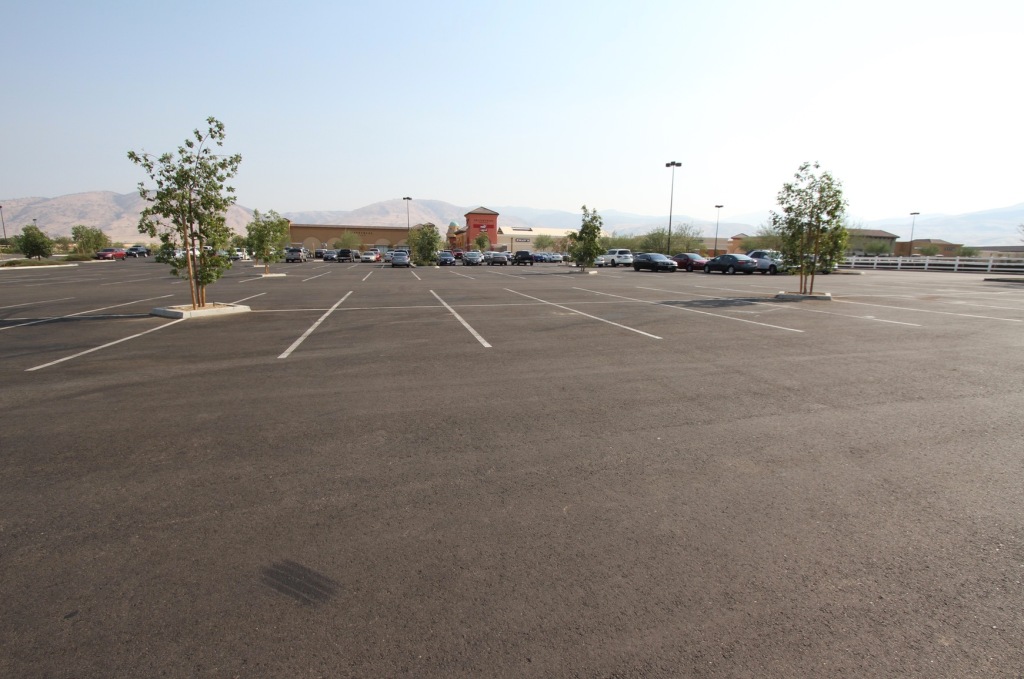 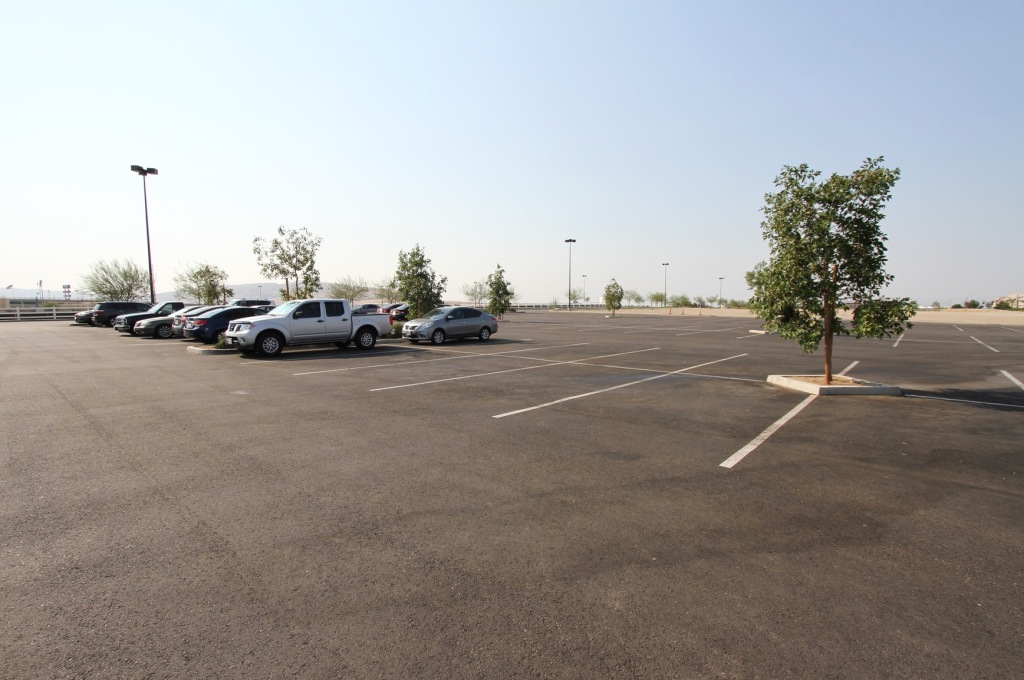 This is the Outlets At Tejon in California. It was built in 2014. If you’ve ever taken Interstate 5 from Los Angeles to San Francisco you’ve driven past this place along with sixty five million other travelers each year. This is a poor patch of desert that thought it could pull in some easy sales tax revenue from that glut of out-of-towners whizzing by, just like the officials in Huntley, Illinois. 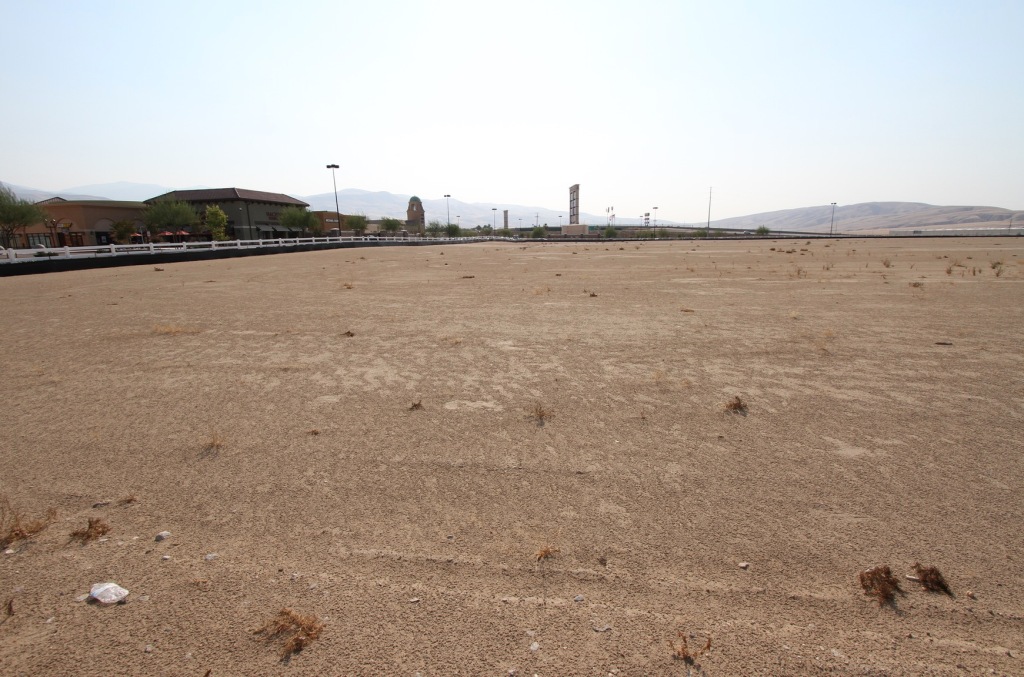 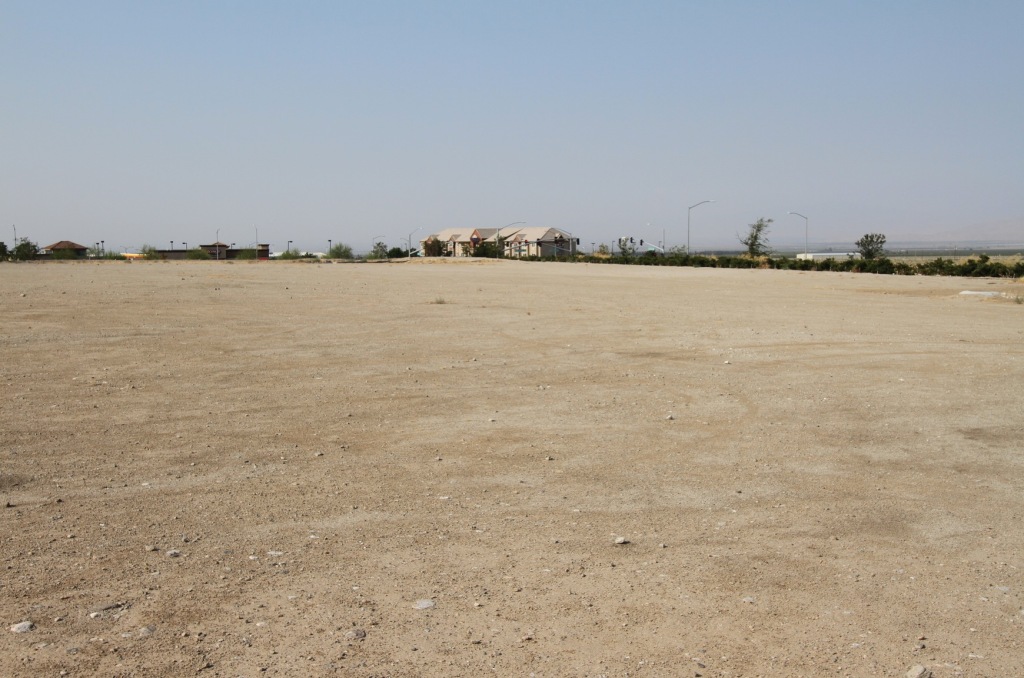 Here’s the context, just to give you the full picture. The dust and tumbleweeds of the Central Valley stretch out endlessly. It’s understandable why a developer or a town would want to capitalize on highway traffic flows, but Tejon arrived very late in the game. The middle class is contracting, e-commerce is cannibalizing brick and mortar sales, and every town in the country has built some version of a beggar-thy-neighbor mall or attraction. The future isn’t going to be about more shopping in ever more distant locations. 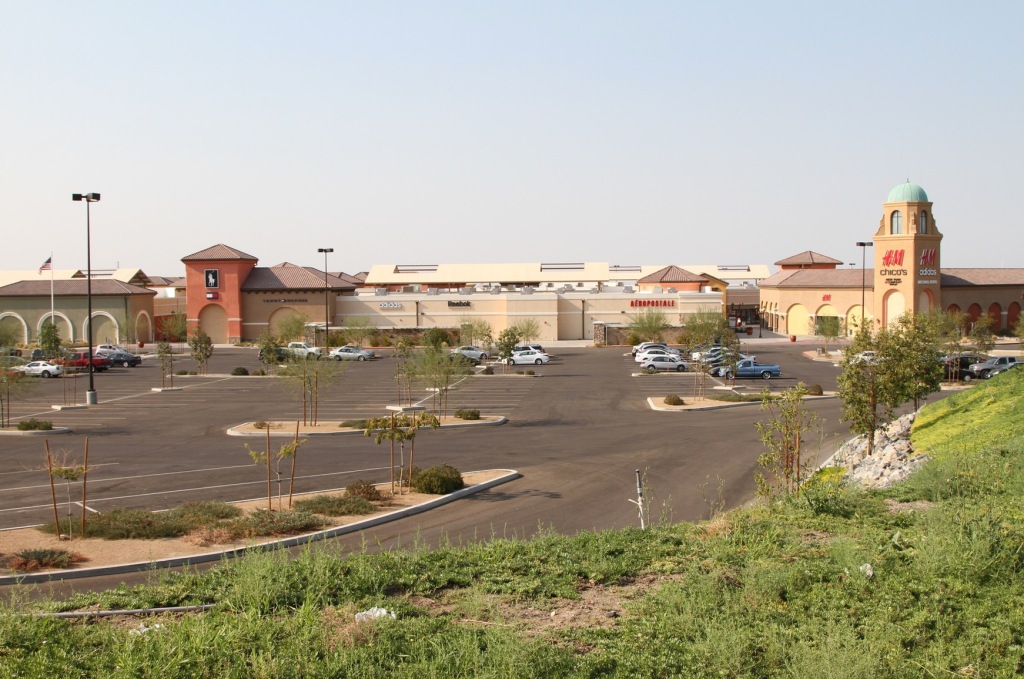 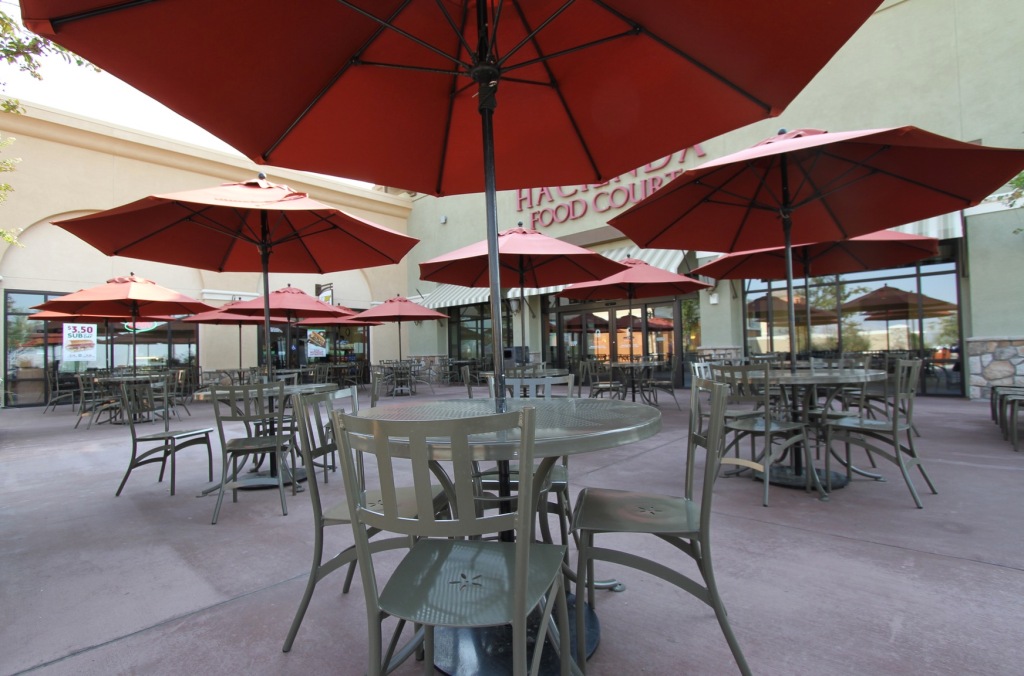 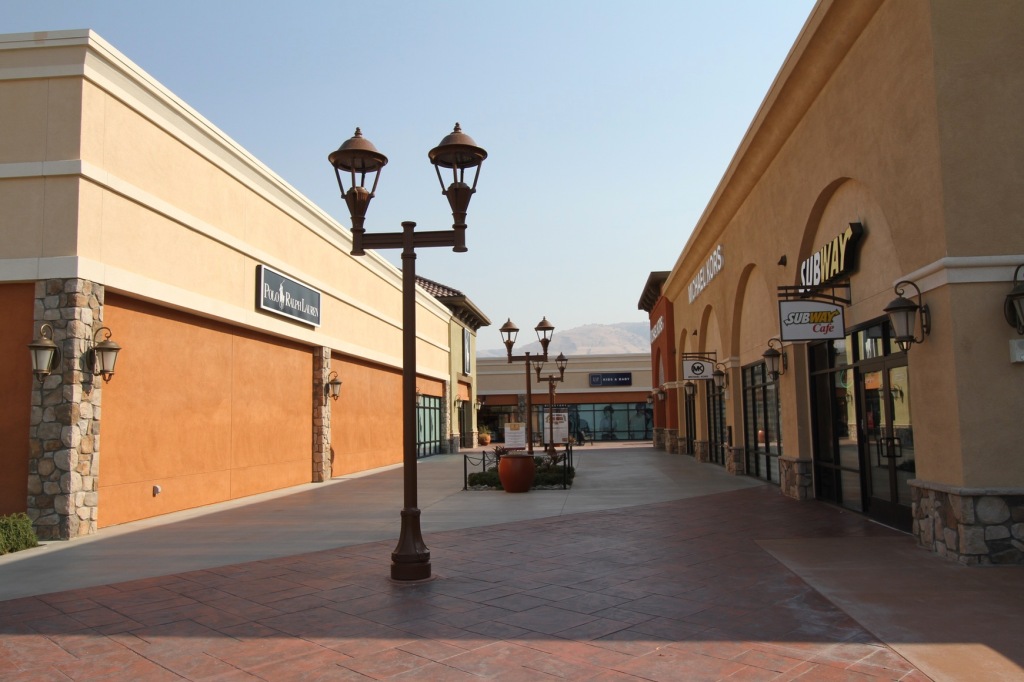 This mall is one of the early phases of development of a massive planned community that will (theoretically) be built out on nearby land. When I look at the plans for Tejon Ranch I think of places like San Bernardino and the Antelope Valley. If they’re the current asteroid belt of greater Los Angeles, Tejon will be the Kuiper Belt. It’s a development pattern that expects endless expansion and growth in a world that’s very likely to experience substantial contraction instead. Wandering the empty paseos of the Outlets at Tejon I thought it had all the qualities of an excellent internment camp. 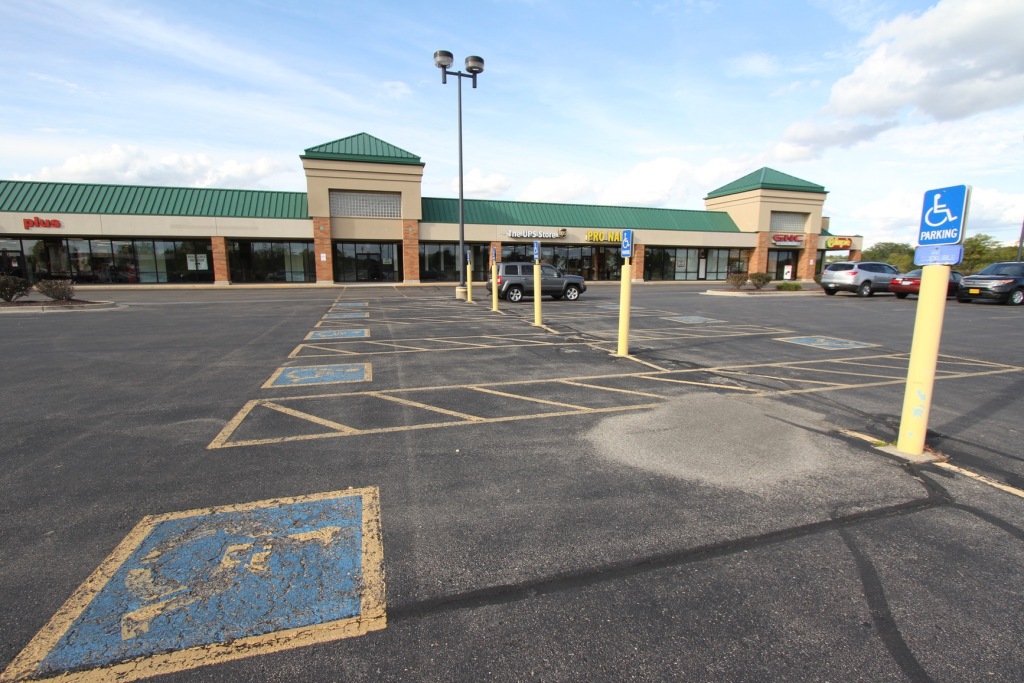 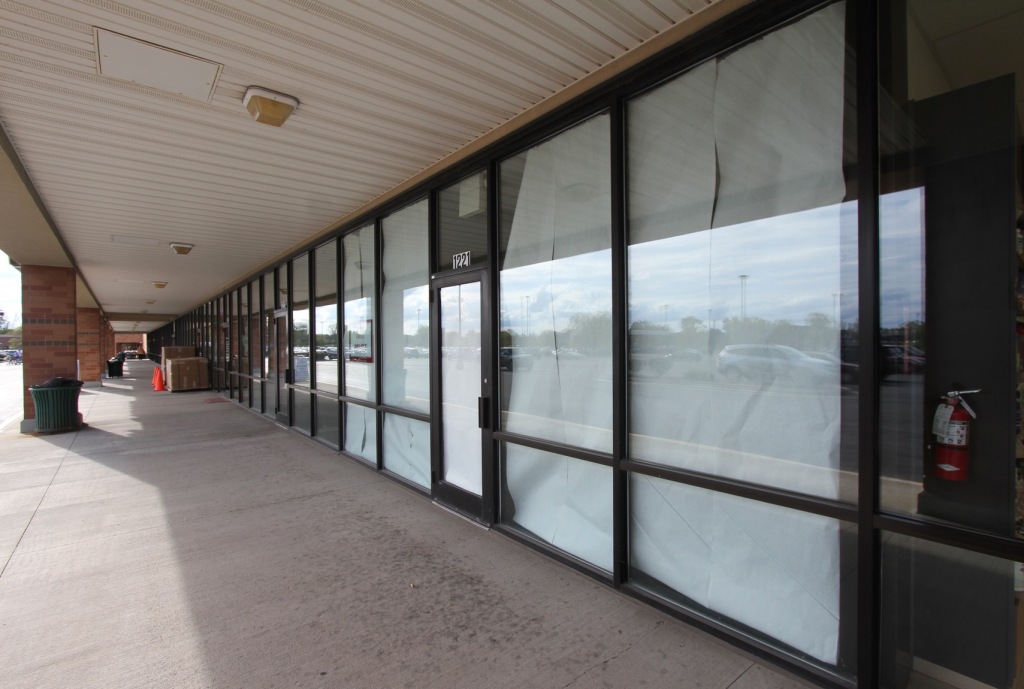 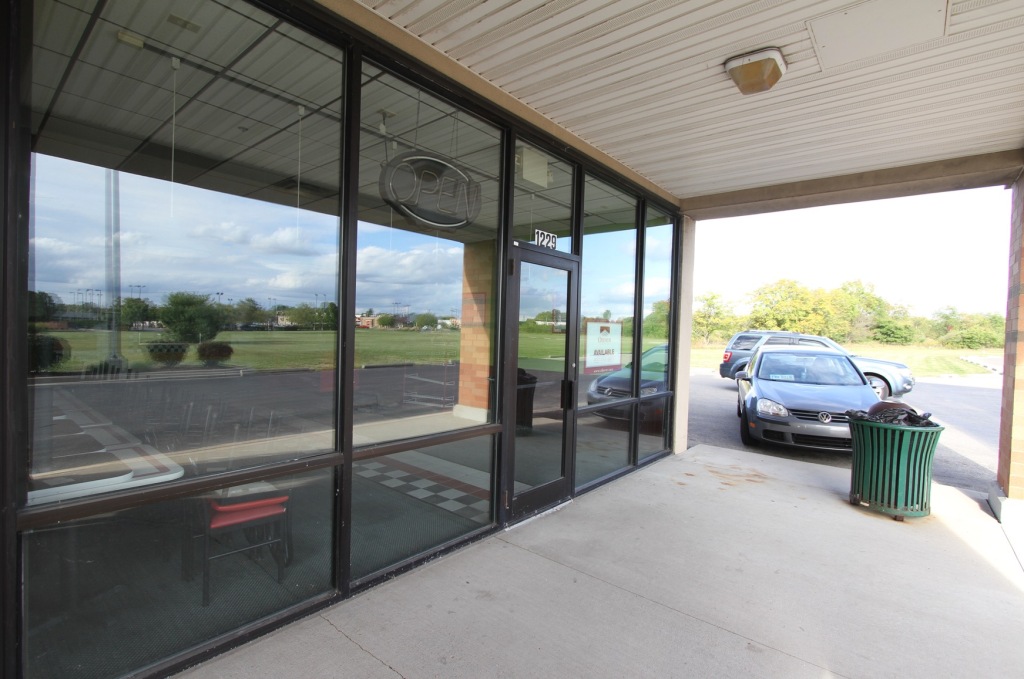 Here’s a nearly new retail strip in the suburbs of Dayton, Ohio. Renaissance Florence could easily fit inside the parking lot of this property that’s designed to support a handful of nail salons and sandwich shops – if only the space were occupied. 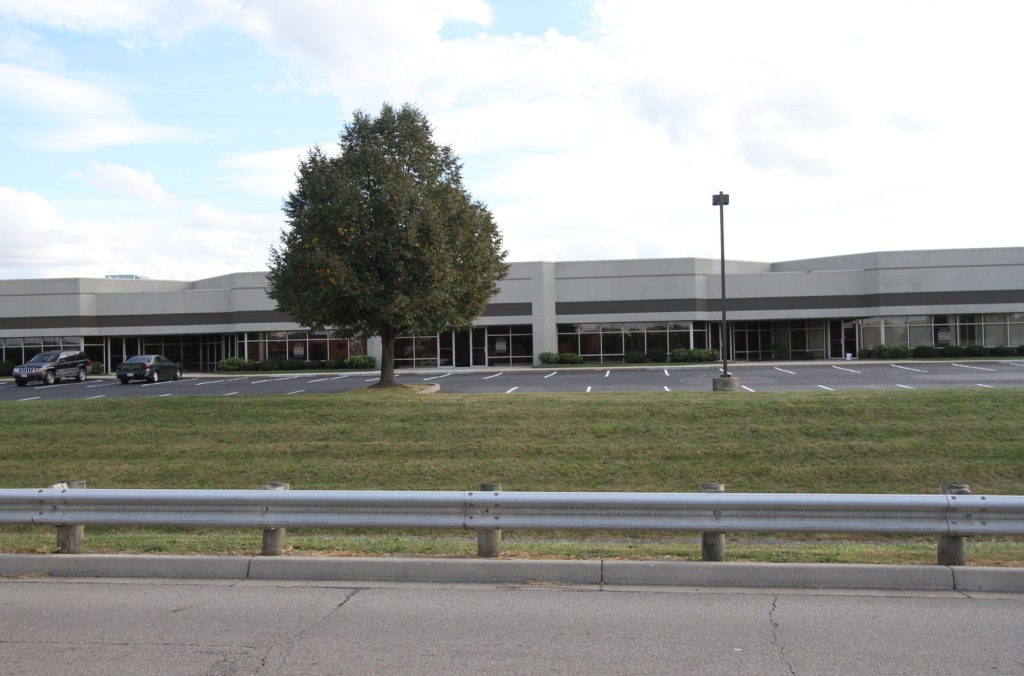 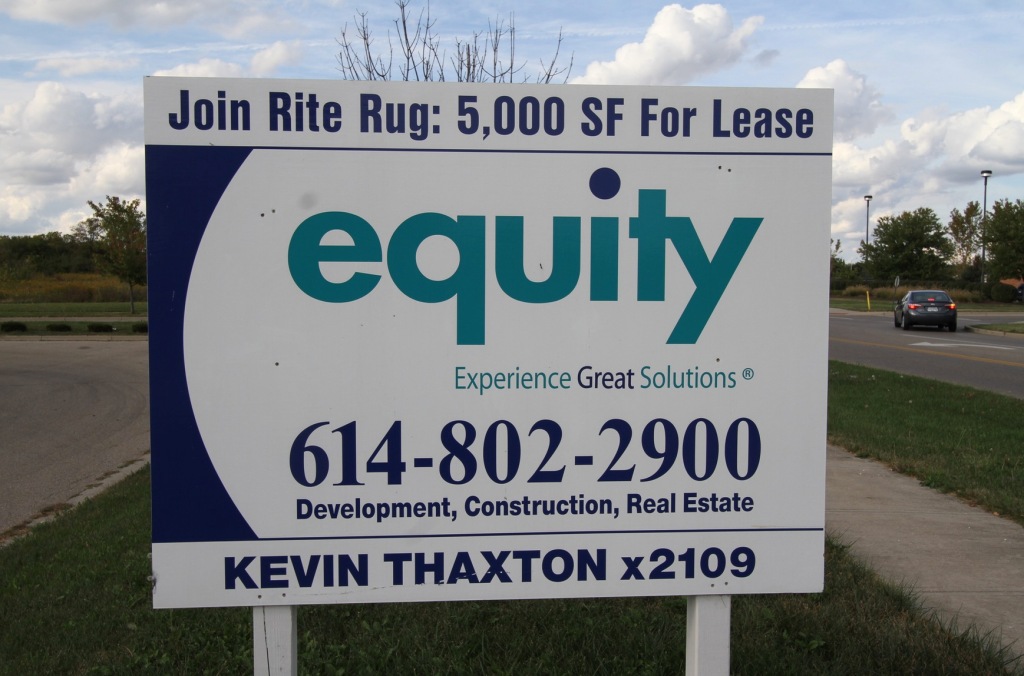 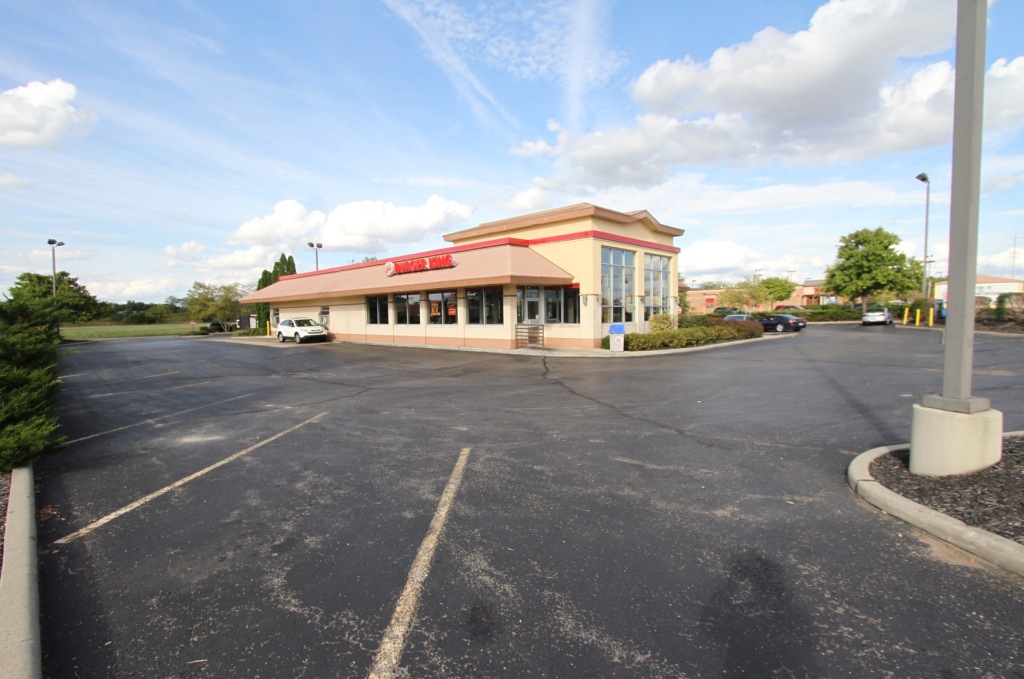 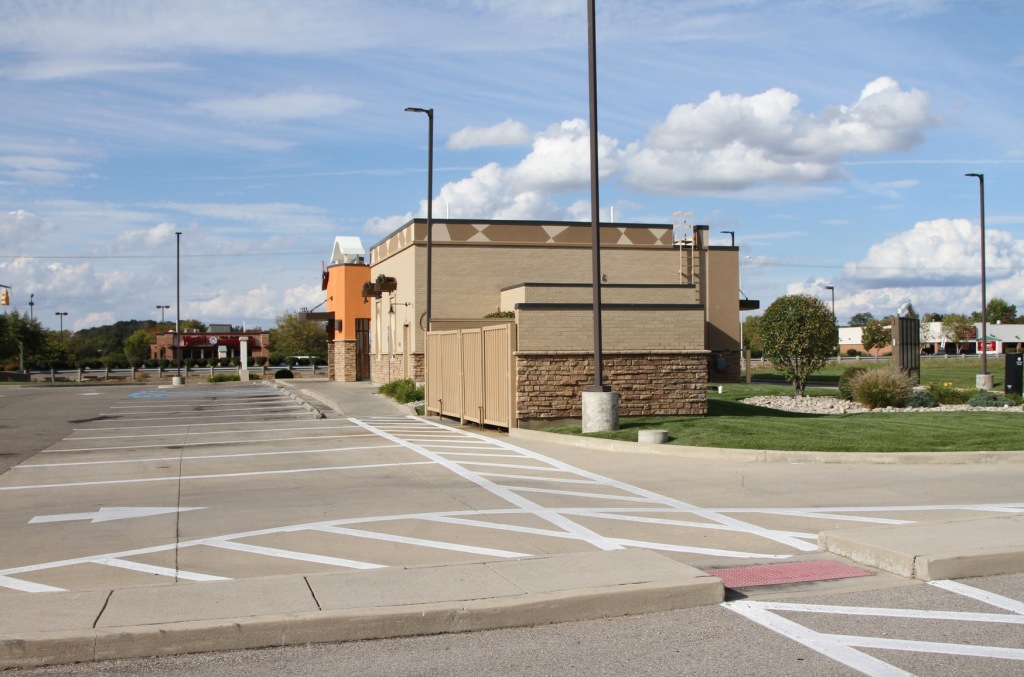 Across the street and next door (if “doors” are measured in acres) are empty office parks, dead drive thru banks, and mostly empty retail pods. The burger, taco, and chili joints are new now, but we all know what they’ll look like in fifteen years. They’re designed to be disposed of at the end of their short depreciation cycle. We’ve built too much of the wrong stuff in the wrong places and market demand may never catch up or reinvent these landscapes. These malinvestments are also the visible manifestations of pension funds and personal portfolios that aren’t performing. But there’s plenty of free off street parking… I have a pretty good sense of how these communities are going to age. These are the ghosts of Christmas Yet-to-Come.

19 thoughts on “Jacob Marley and the Ghost of Parking Past”