The current conundrum for many people is simple. You might want to live in one of the expensive bubbles of economic and cultural vibrancy in order to access good paying jobs and upward mobility. But the cost of property and rent are insane. You could live in a radically less expensive part of the country where homes and rent are mercifully low, but not everyone longs for a tract home on the edge of Houston. I’ve argued for years that there are all sorts of cost effective towns and cities in the Midwest that are far better than many people assume. But Buffalo or Cincinnati can be a hard sell for people who really want San Diego or Miami. 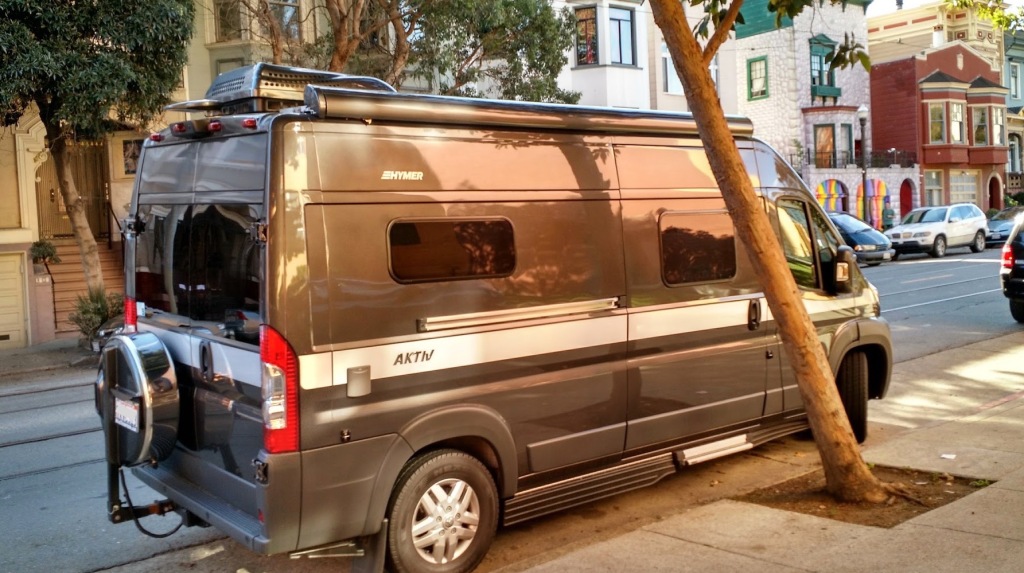 A while back I walked past this van parked near my place in San Francisco. It was a high quality compact recreational vehicle that didn’t attract much attention to itself. I have a permanent Tiny House fixation and thought how much such a vehicle resembles a more discreet and nimble version of the cabin-on-wheels work-around. I priced this particular German engineered Canadian built model. It’s not cheap. 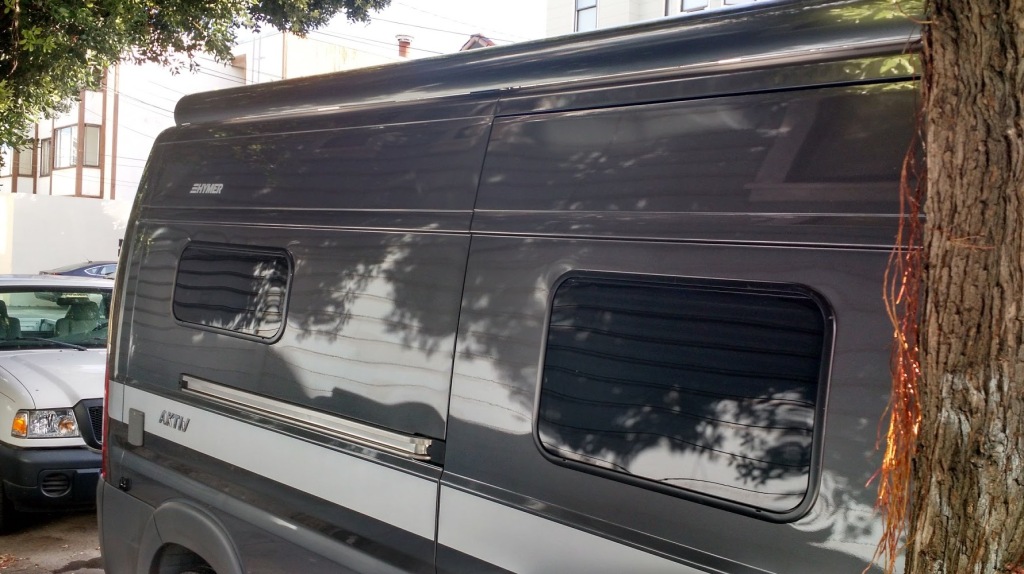 I saw the same van a week later in a slightly different spot. And then again. And again. After a couple of months I realized this wasn’t necessarily someone passing through for a casual visit. It appears that someone was living in the van full time.

Then I noticed this Dodge Ram van. Same same. It isn’t obvious from these photos, but the roof of this vehicle is fitted with various bits of equipment for natural light, ventilation, and solar panels. Notice the subtle interior drapes on a nondescript windowless cargo van. Someone’s living in there. And the Ram is a third the price of the German model. If purchased new a van might cost about $600 a month with a five year loan. There’s insurance, gas, maintenance, and a gym membership for showers and such. But compare that to the one bedroom apartment it’s parked in front of that’s renting for $5,400 – assuming you can find a vacancy and actually move in.

This Ford van appeared across the street. From my window I spotted the solar panels. There were plugs and valves fitted on the sides of the vehicle for electricity and water connections as well as vents for mechanical systems. “The Shelter Project.” Kinda says it all.

I’ve long noticed the RVs that populate the neighborhood. The larger vehicles are clearly more comfortable, but finding space to park them is a challenge in the city. And they aren’t exactly stealthy. To the extent that the inhabitants are clean, quiet, and behave respectably the authorities tend to leave them be, mostly because San Francisco cops have bigger problems to manage. But these folks are generally limited to non-residential areas if they’re going to do this for any length of time.

There’s a construction boom all over the Bay Area with skyscrapers and suburban office complexes being built everywhere. I always ask these folks where they live and the answer is almost always two or three hours away where homes are less expensive. Construction crews typically car pool in, rent a shared motel room for the week, then head back to their families for the weekend. A significant proportion of these workers actually live in other states and commute in for several months then return home at the end of a project.

I was at a construction site last week and noticed this pickup truck camper parked in a fenced off zone. It was quite homey and rustic like a little forest cabin, which I suspect is where the owner spends his time when he isn’t welding or pouring concrete. 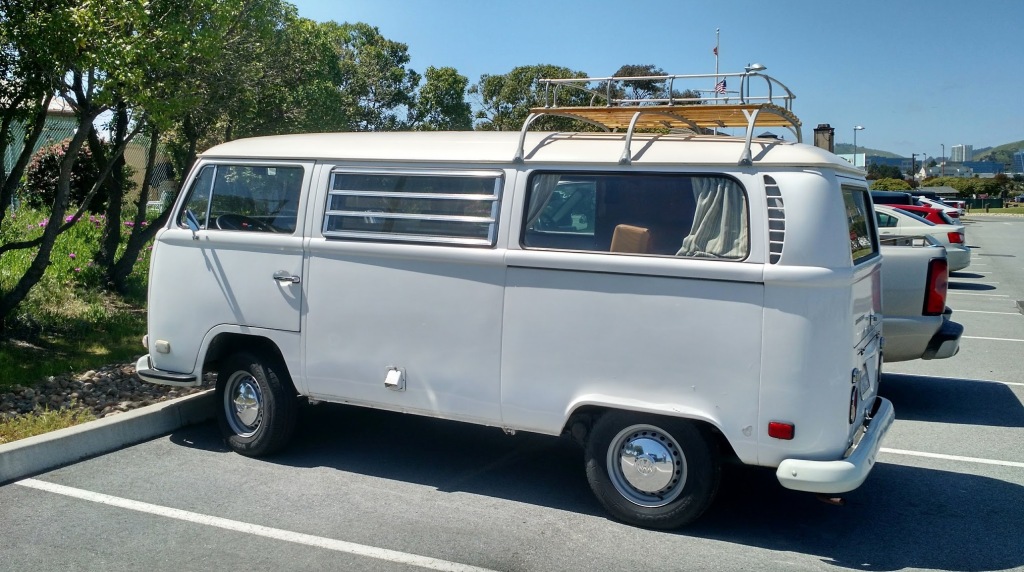 I wandered around and found multiple vehicles that looked like they were at least semi-residential in nature. Inside were mattresses, sleeping bags, ice chests, clothes, and other household accoutrements of a bachelor nature.

This got me thinking and I turned to YouTube. Down the rabbit hole I went. Evidently this van living is a thing. The majority of the stories come from middle class people in high priced parts of the world like Canada, Australia, the U.K. and California. There are a LOT of these stories out there.

I’m well aware of the various arguments against this sort of thing.

“These videos of shiny young people living a carefree life in vans doesn’t accurately reflect the reality of being quasi homeless.”

I agree. See here. In fact the people who make these videos will tell you all about the gory details of why van life isn’t perfect. They’ll also explain why the trade offs are sometimes worth it – or not.

“These people living in vehicles aren’t paying their share of public services! They’re sponging off the rest of productive society!”

In response I ask… Do you own a home you bought years ago? Has Prop 13 (in California) allowed you to pay property taxes based on the purchase price rather than the current market value? How’s that mortgage interest tax deduction working for you? Do you live in a rent controlled apartment? Are you renting out your spare room on Airbnb? Are you one of the folks who opposes construction of new housing in your town because you don’t want its character to change? Just sayin’.

“This is insane. Normal people shouldn’t be forced to live in vehicles just because housing costs have gone nuts.”

78 thoughts on “The Urban Frontier Cabin”