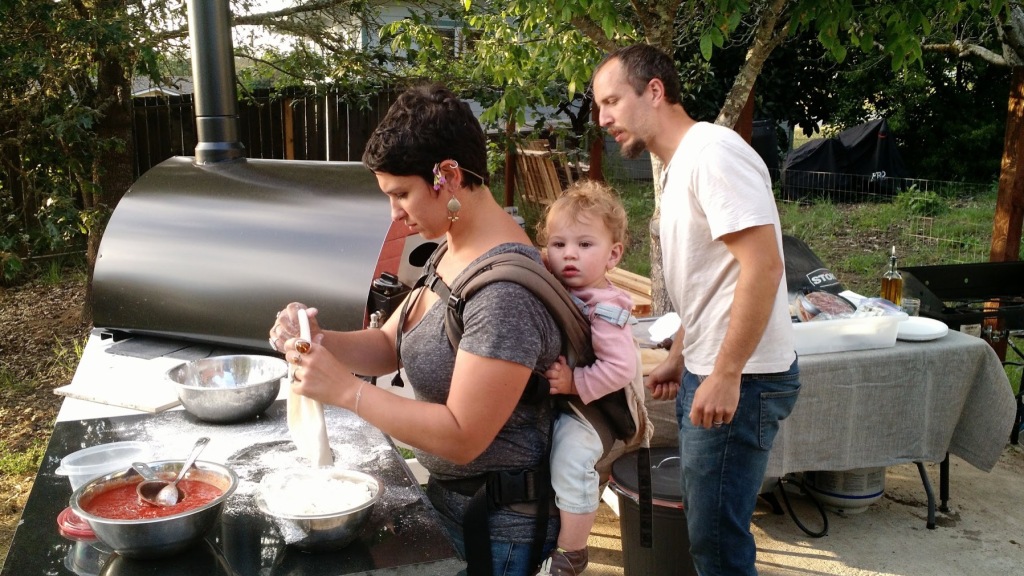 Mangia: the Italian verb “to eat.” Apocalypse: the complete final destruction of the world. Push them together and you get the Mangiapocalypse. This portmanteau was suggested by a friend who was describing the philosophy of preparing for disaster in a way that’s abundant, fun, productive, and oriented toward a better overall quality of everyday life. This is the opposite of a bunker in the woods loaded with military rations and ammunition. 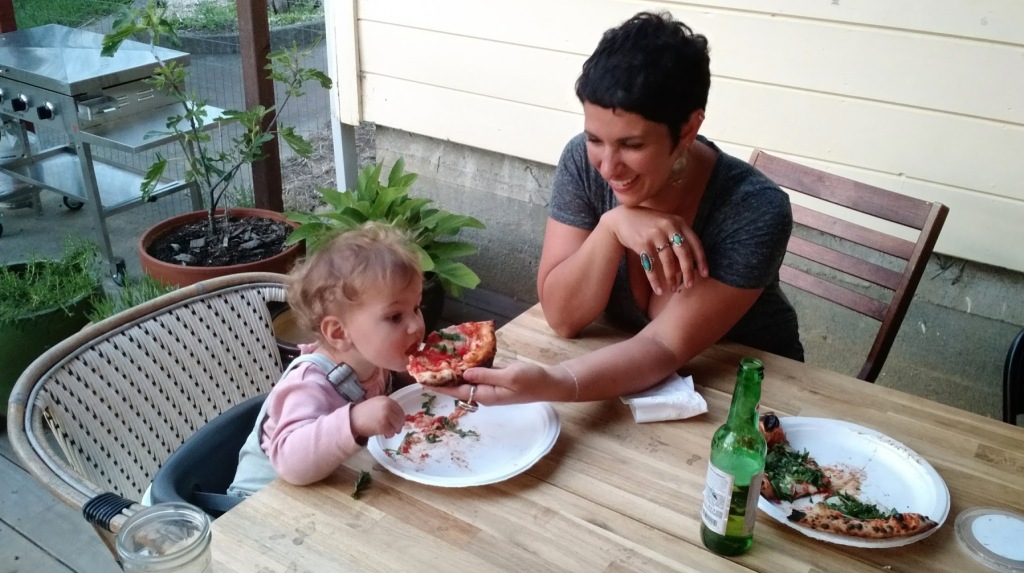 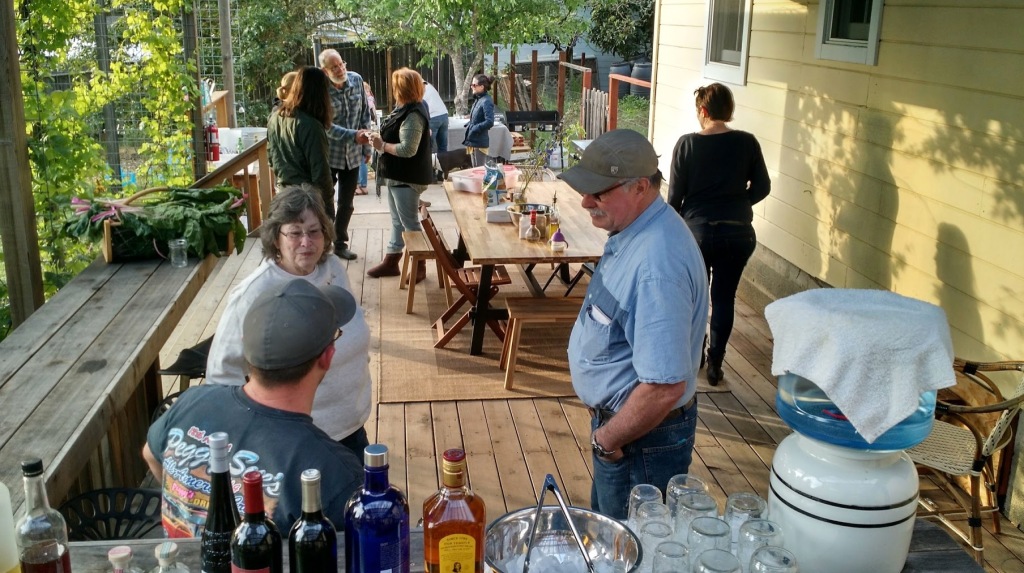 The most important part of any emergency plan is people. Friends, neighbors, extended family, and even folks you may not know terribly well might prove critically useful in a time of need. Yesterday I wandered around the block knocking on doors and inviting everyone to another backyard shindig. The home made pizza and booze did all the persuading. One of the side effects of these parties is community, social capital, or what used to be called “good will.” 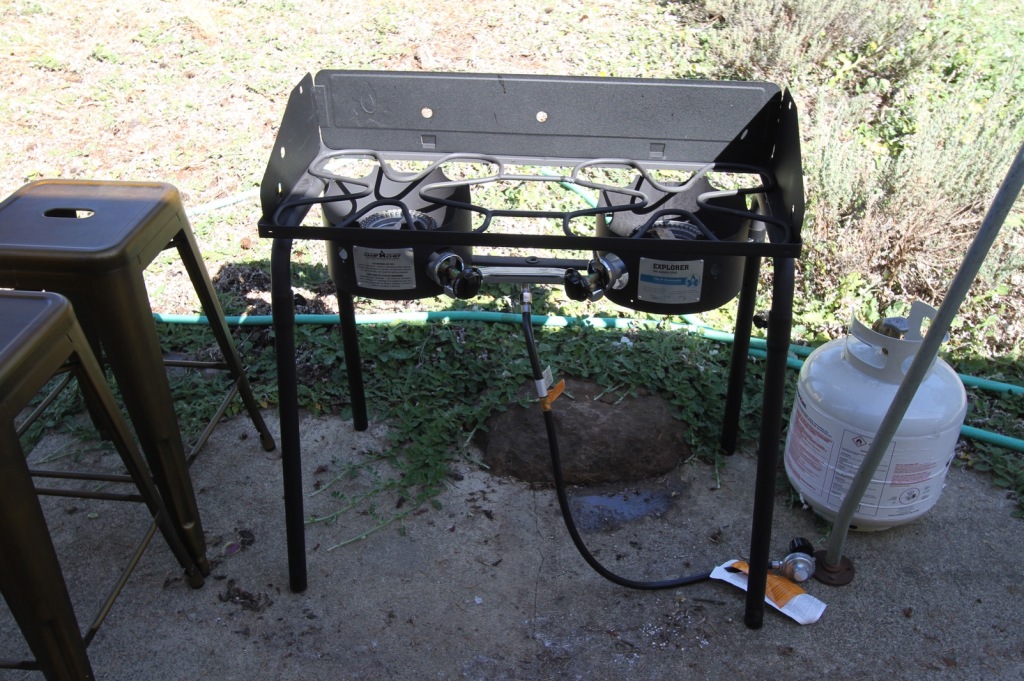 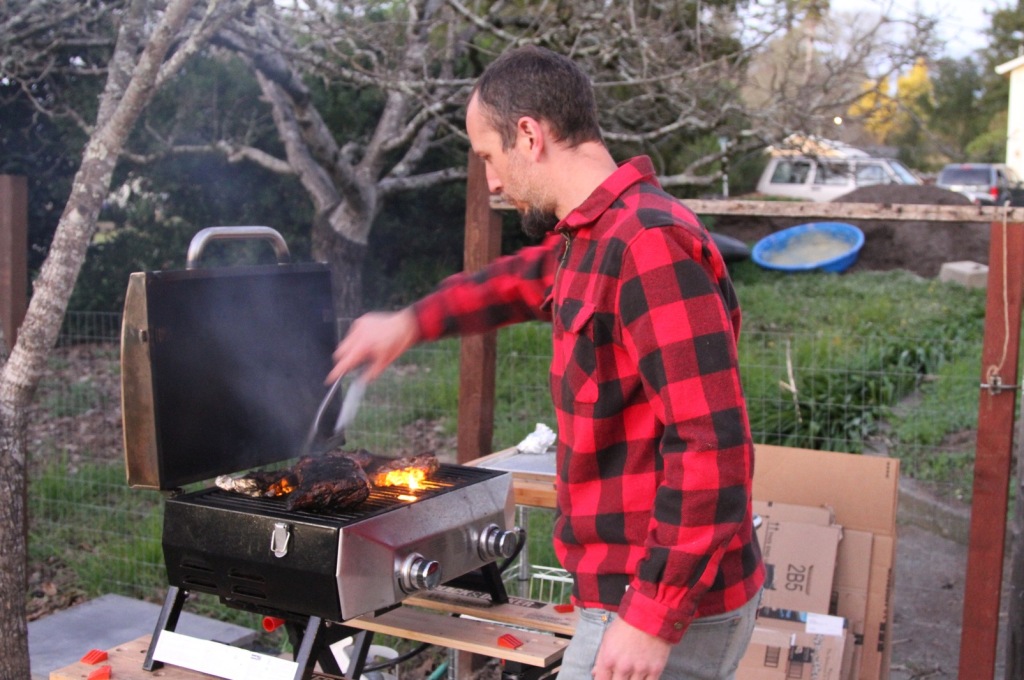 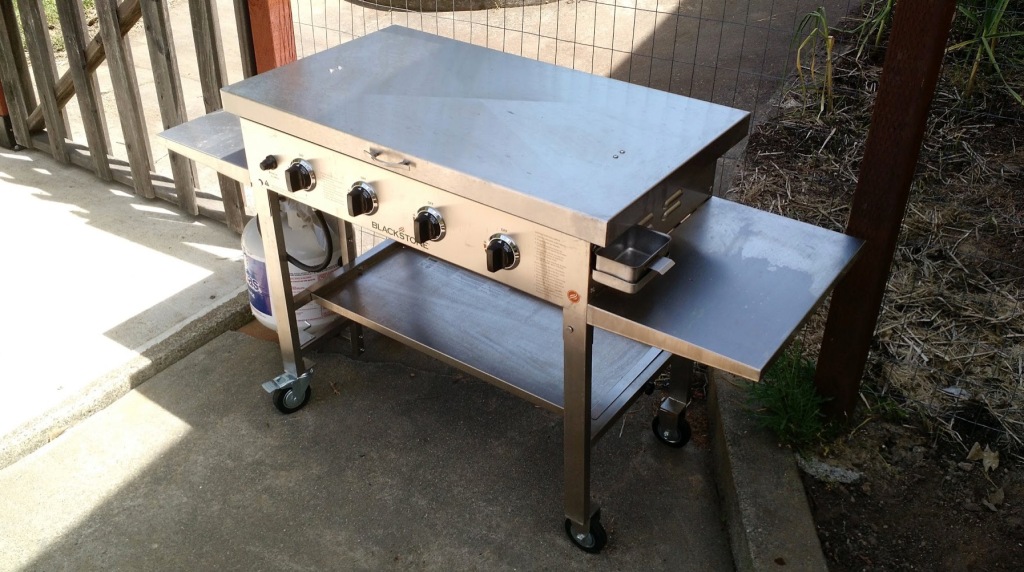 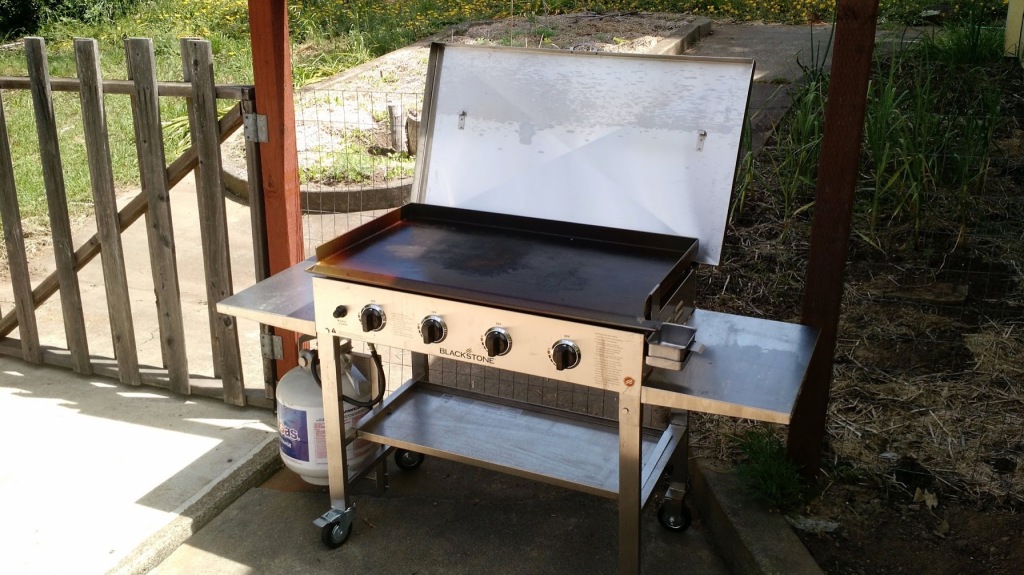 The outdoor kitchen is a work in progress. It began as a collection of temporary individual parts set up on a concrete slab where an old metal shed used to be. A summer kitchen off the back deck is great for weekend barbecues. It’s also the right arrangement for pressure canning and making jams and jellies in summer. In fact, it’s perfect for cooking all meals in warm weather to keep heat out of the house and eliminate the need for air conditioning. And having multiple ways to cook and heat water with a generous reserve of propane tanks and wood fuel might be super handy in a power failure or earthquake when electricity and/or piped gas is unavailable. 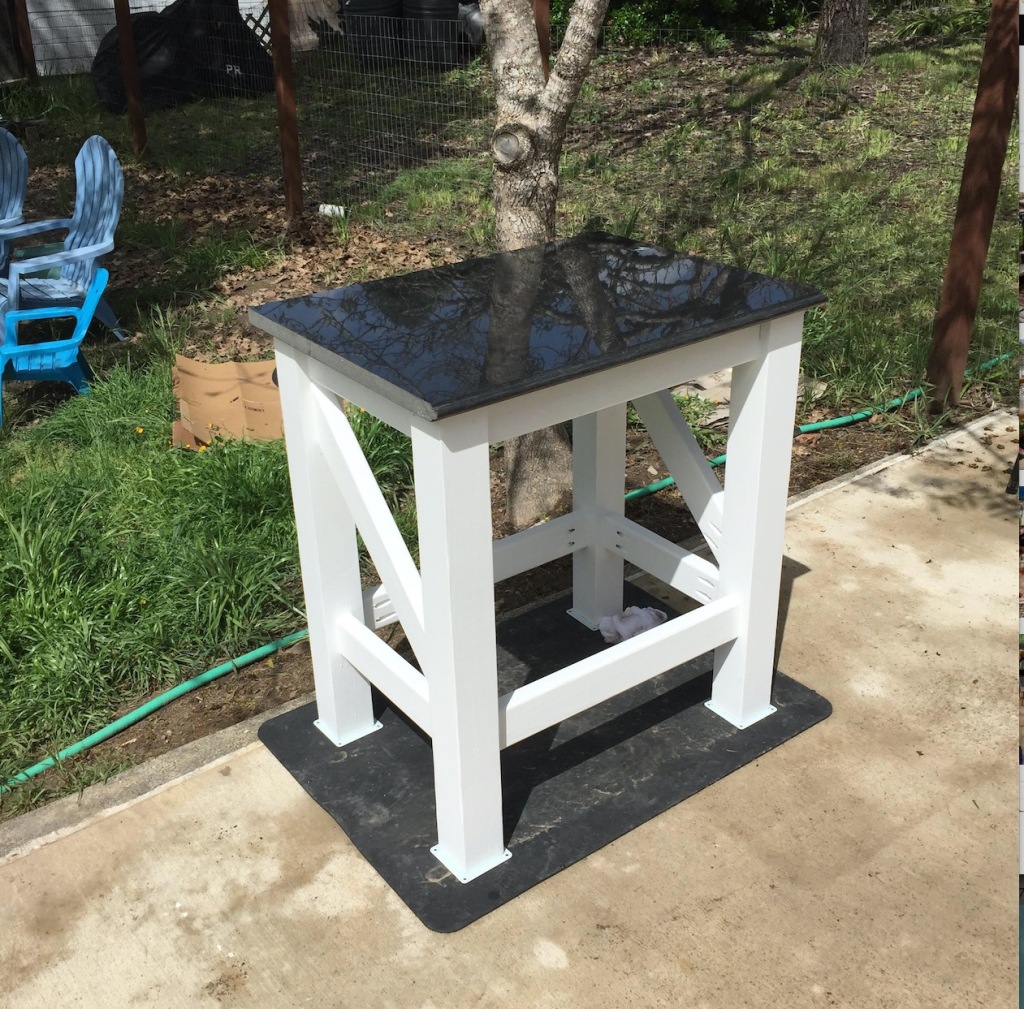 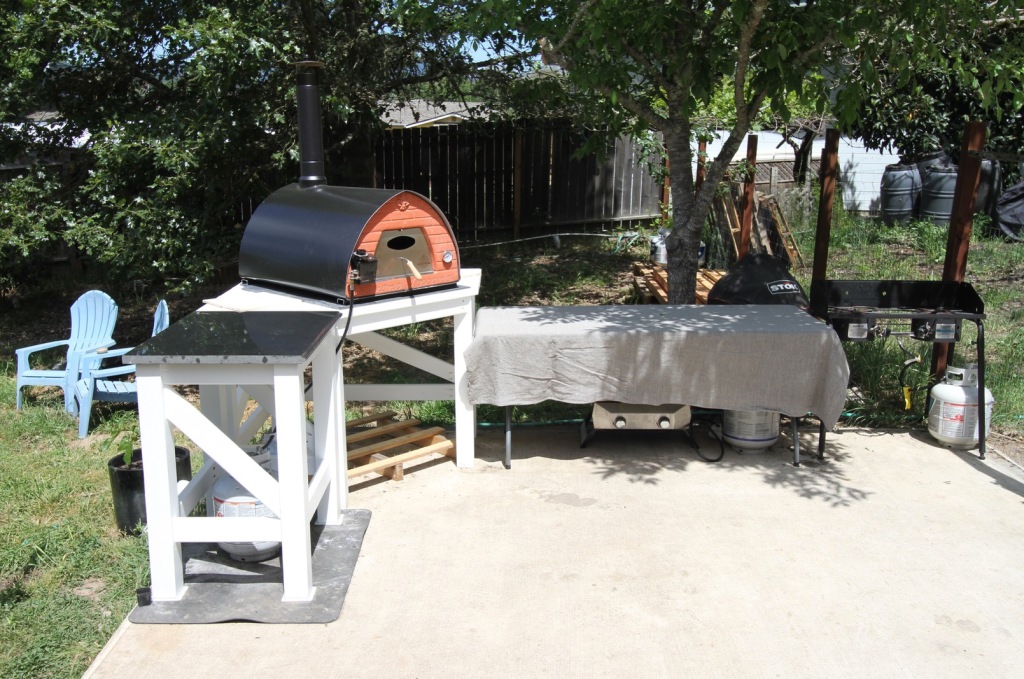 I found three granite slabs with bullnose edges at a salvage yard that work really well as durable outdoor work surfaces. The wooden bases allow the units to be moved around and reconfigured as needed. The folding table will be replaced by the additional counter units as carpentry progresses. 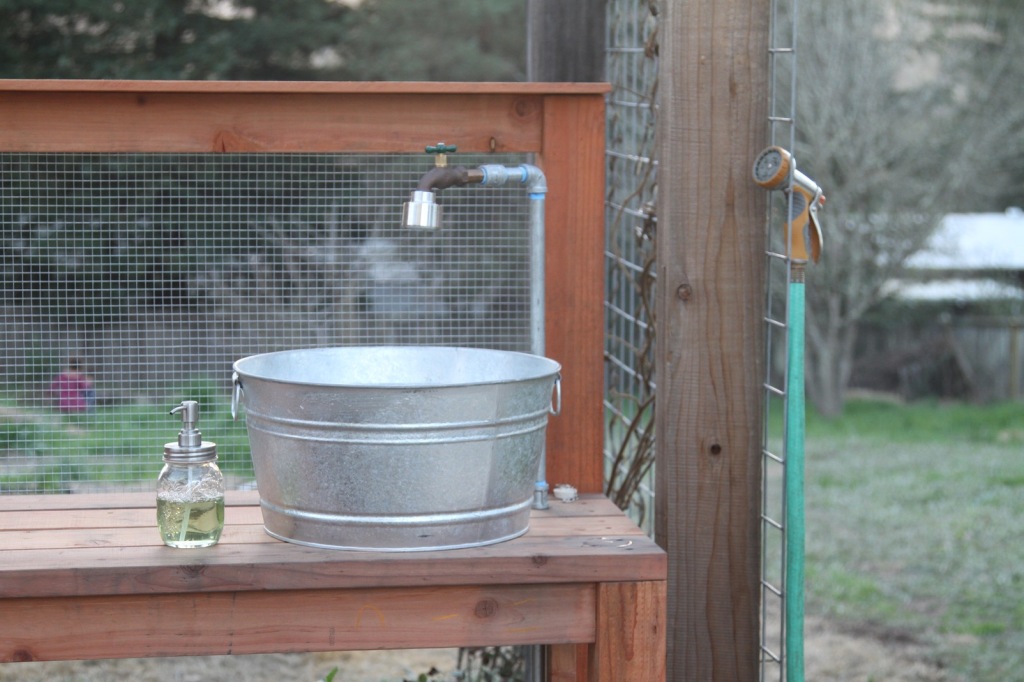 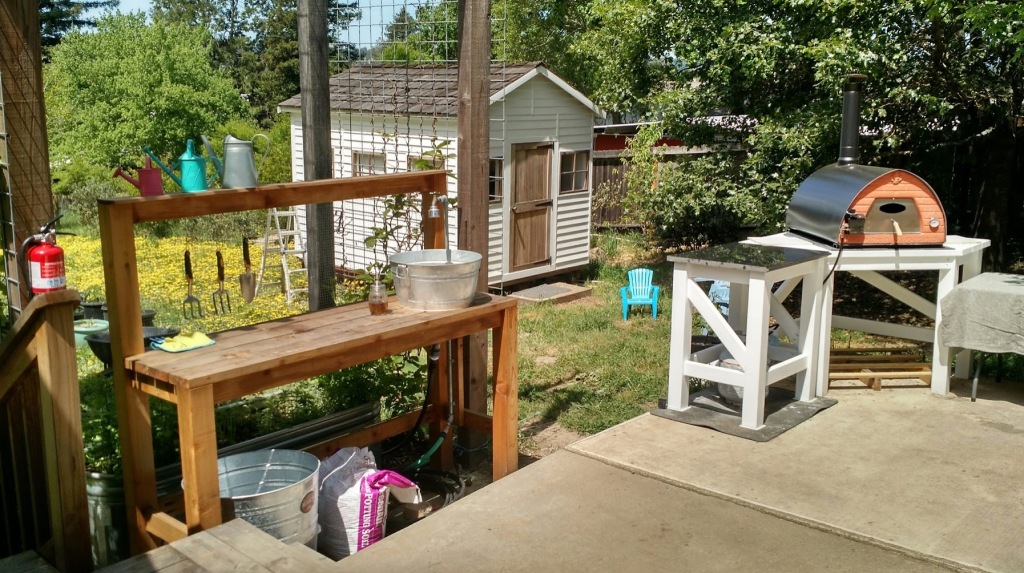 A garden hose attached to a spigot and a galvanized bucket work wonders as an outdoor sink. Camp soap made for outdoor use is garden friendly and nontoxic so waste water can be used to irrigate fruit trees. I hasten to mention that an outdoor sink plumbed with a pipe would have set off a cascade of government regulations and prohibitions. But a garden hose and a bucket? No problem. Why ask for trouble with the authorities? See also: the garden shed/home office/guest bedroom. For a landlord/tenant situation this also makes a lot of sense since parts of the kitchen can be packed up and moved while other parts can remain for the next occupants to use and enjoy. 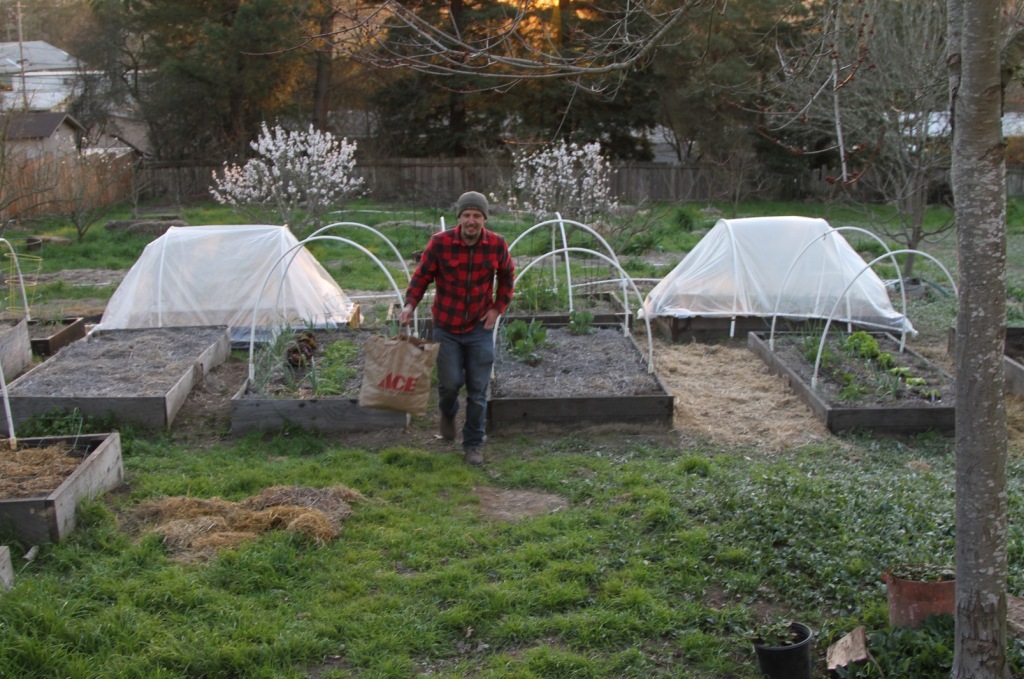 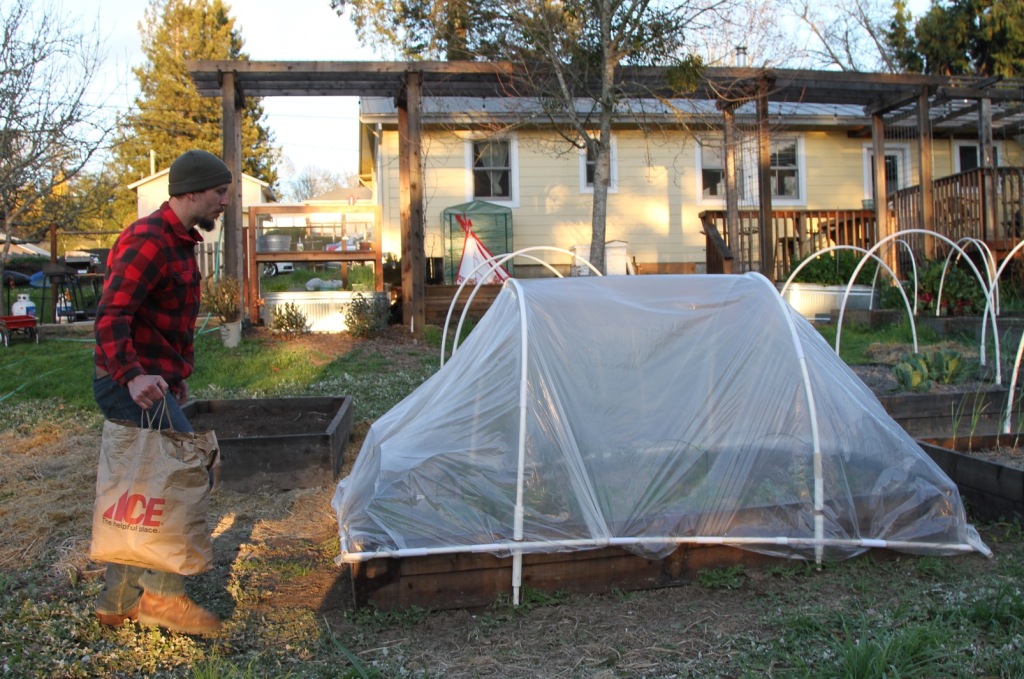 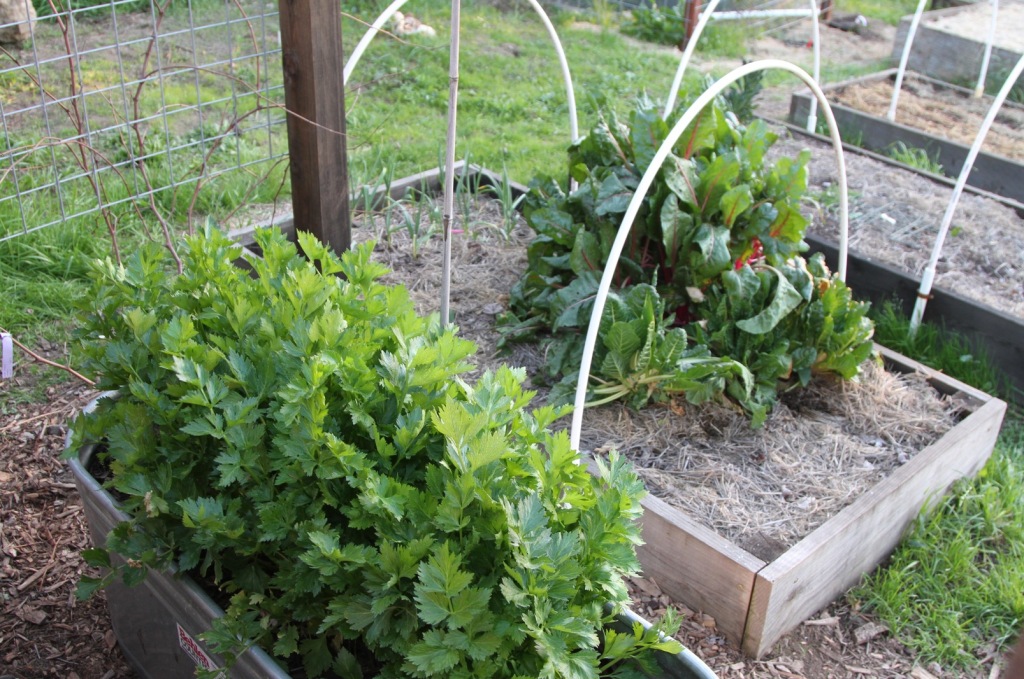 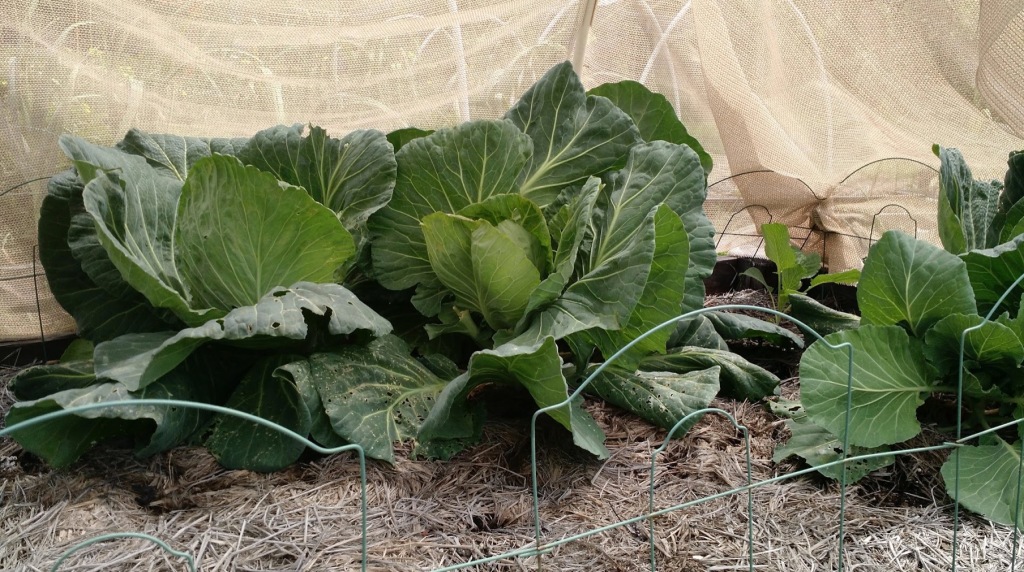 Most homes have at least a little garden space that’s almost always ornamental rather than productive. People are busy. Food from the store is convenient and affordable. And in many locations municipal regulations and home owners associations forbid productive gardens because they aren’t always sufficiently tidy or attractive. But if you can grow a little food it’s a good idea to keep your horticulture skills sharp. Supplemental home grown food might be an important part of your future diet in the event of unemployment or supply chain disruptions. A deep pantry with a generous supply of staple foods compliments a garden. Prepping isn’t about the Zombie Apocalypse. It’s about the mundane challenges of ordinary life. 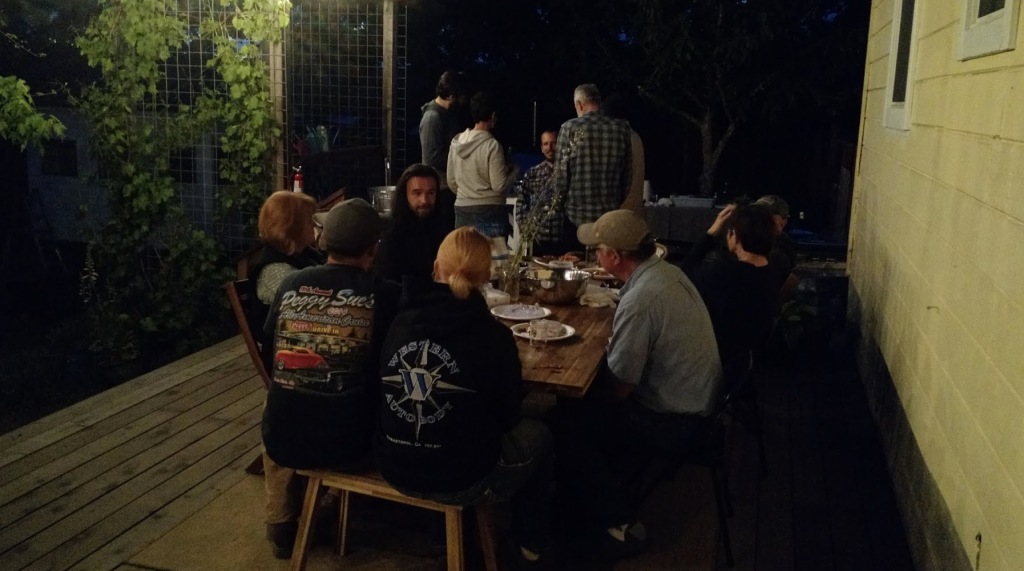 Outdoor rooms double the size and utility of a small house and make entertaining that much more pleasant. The same space that works for al fresco dining and lounging could be pressed in to service as a refuge for people displaced by an emergency event.

This isn’t hypothetical. Thousands of nearby homes burned on the same day a few months back. RVs are now parked around the neighborhood in the driveways of friends and family. They’re occupied by people who are otherwise homeless. You just never know who you might need to take in during a crisis.

Here’s another point that’s often ignored. Owning a modest home outright with little or no debt makes a household radically more resilient than owning a larger home that’s loaded down with debt service. The existence of debt complicates and magnifies all other problems. Leverage can be magnificent on the way up, but it crushes you on the way down. Too few people stop and ask what they really need and can truly afford. That might be the best place to start when considering your own personal mangiapocalypse.