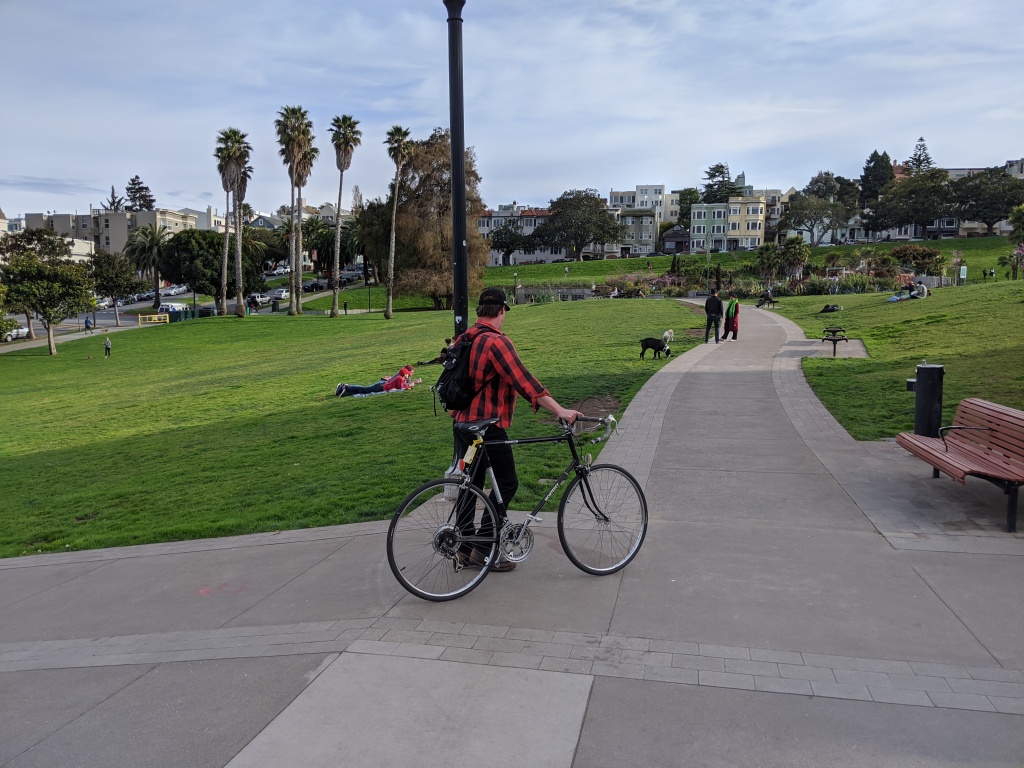 I just listened to a YouTube conversation where Jack Spirko and Curtis Stone discussed the “lock down” and “martial law” that’s been imposed on San Francisco in response to the Covid-19 situation. (Translation: jackbooted Socialist thugs have bludgeoned all the sheeple into submission robbing them of their personal liberty.) See photos above of my neighborhood in San Francisco taken this afternoon. Notice the Communist police state in full force. I’ve been following Jack and Curtis for years (I subscribe to the paid version) and 95% of what they have on offer is solid pragmatic advice that I’ve implemented in my own everyday life. Stay out of debt. Have savings in reserve. Keep a deep well-stocked pantry. Cultivate a big productive garden. Be part of a supportive community. Wean yourself from critical dependencies of all kinds. Good stuff. The other 5% is their version of the Bogeyman. 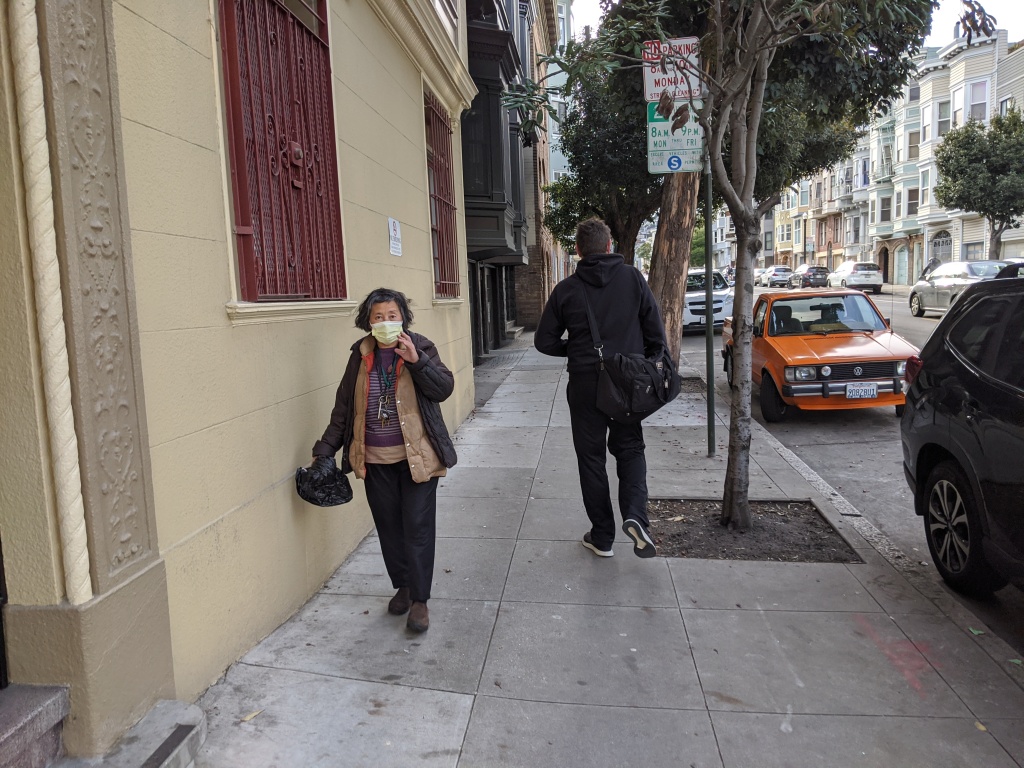 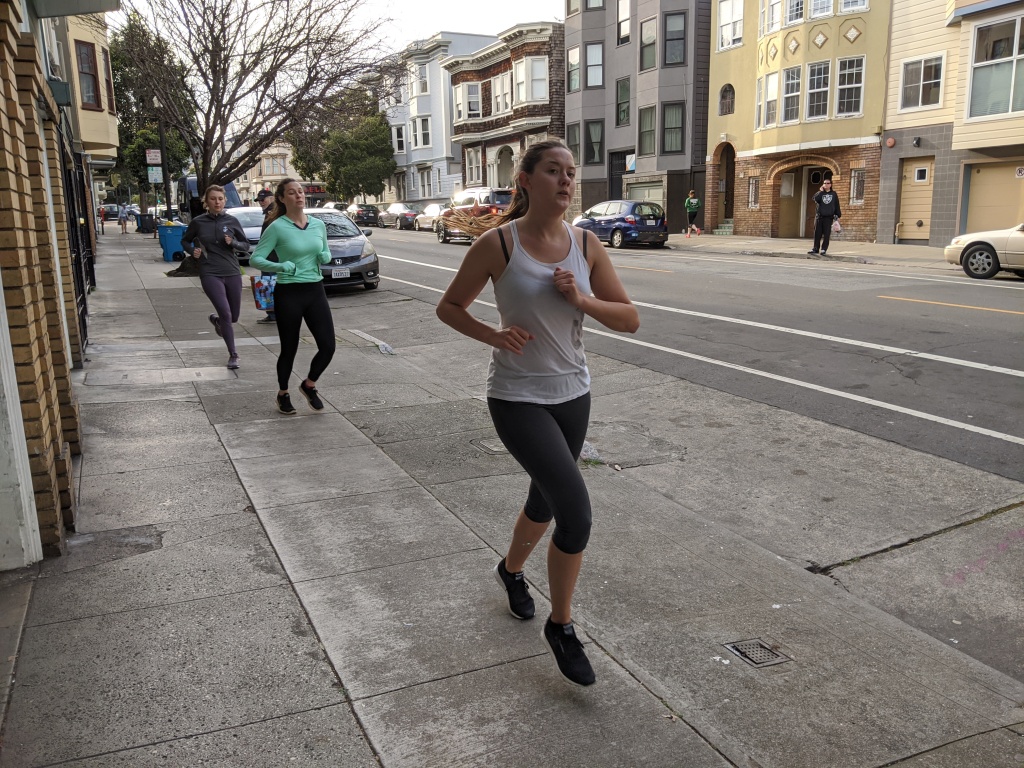 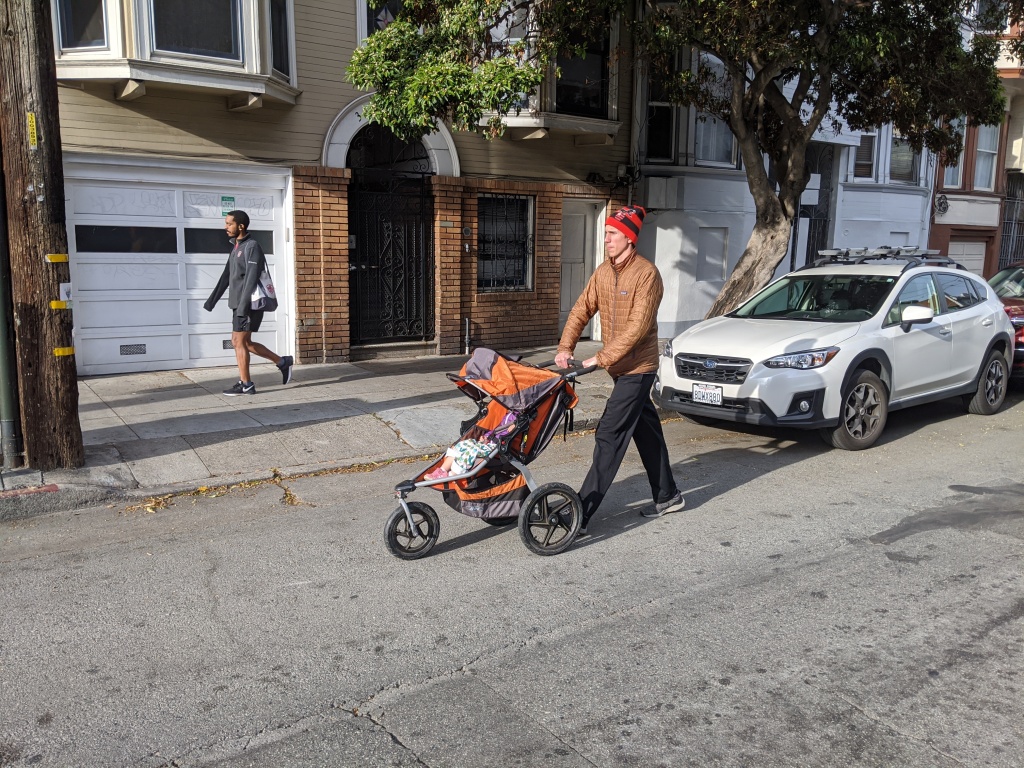 To be fair I follow all sorts of other people on the left who practice exactly the same homesteading and emergency preparedness techniques, except they fear the Evil Corporate Elites oppressing The People. Same coin. Different side. The Bogeyman. I’m not saying any of these critiques of large scale organizations are wrong. All institutions tend to become sclerotic, unresponsive, and self-serving over time. I just focus on things I have some control over. The more self-reliant I am the more wiggle room I have. My primary concern moving forward is a stampeding spooked herd. To quote Jack, “The panic is worse than the virus.” The city is currently overflowing with goods of every kind. The supply chains are delivering everything as needed and shopkeepers have ramped up in anticipation of additional demand. I say this as someone who has genuine concerns about attenuated global supply chains and fragile hypercomplex financial systems. That’s why I always keep a one year supply of shelf stable food and other essentials on hand. But at this particular moment the city is well provisioned. Last week I was up in Sonoma County fifty miles north of the city. This was before any of the local authorities began quarantine procedures. I stopped at a couple of supermarkets to buy some perishables and to see how people were reacting to the health situation. I was perplexed by the purchases of bottled water. A pandemic tends not to disrupt the flow of drinking water the way a hurricane or power failure might. Don’t get me wrong, I think everyone should keep a substantial amount of water on hand. But it’s far more practical to keep it in jugs or tanks that are filled from the tap. I didn’t see anyone at the hardware stores buying durable containers.

And then there were the vacant shelves where the rice usually lives. I personally have plenty of rice in my pantry. But I also have many kids of pasta, quinoa, couscous, potatoes, flour, pancake mix, and so on. Why were people panic buying rice when they could be stocking up on a wide variety of different foods? Do they plan on eating rice at every meal for the duration? I think people feel the need to “do something” and fall back on clichés without having a specific plan. It’s better than nothing I suppose, but folks need to think about things a tiny bit first. I’ll be honest. Mostly I was thinking about the kinds of natural disasters we’ve already dealt with in recent times. Each year massive forest fires have ripped across California. We just watched as Australia burned. By this point everyone in the region should already be well stocked and prepared for what appears to be the new normal. We live in earthquake country. And it should have been obvious to everyone that we were overdue for a cyclical downturn in the economy. So why would anyone need to stock up on anything in a panic now? My guess is that no one has learned anything from the last few years. Ten seconds after this Covid-19 emergency passes most people will go back to doing exactly nothing. But I guarantee the talk about the panoply of bogeymen will carry on unabated and in gooey detail. Grow up people. Get your own house in order before you go looking for someone else to blame.

33 thoughts on “The Bogeyman”