Last week a friend asked me for help in his back garden. This is the first time he’s owned a proper home rather than a condo and he’s not sure how to manage the yard. We’re in a part of the world where it doesn’t rain for most of the year and hand watering gets old fast. I brought over samples of the irrigation tubes and drip emitters I like to use and walked him through the installation process. While I was there I suggested he install some emergency water storage on the property. I was friends with the woman who used to live in this house and showed photos of the tanks I had set up for her some years earlier. There was a long pause and he seemed skeptical, first about the need, then about the health concerns associated with plastic containers, then about the cost.

I gave a game show wave of my arm and pointed out the obvious. We were standing outside “social distancing” with masks on because we were in the midst of a global pandemic. Who would have expected that six months ago? Shit happens. We live in San Francisco. There’s absolutely going to be an earthquake sooner or later. And when the quake hits the city water supply will be compromised.

Given the official response to our current national drama from all sides it’s obvious that households will most likely be on their own for a period of time. I see a couple of 260 gallon water tanks as the absolute bare minimum level of preparedness. So I asked if he wants pure mountain spring water in a perfect surgical steel tank that doesn’t exist because he never got around to it? Or does he want some mediocre tap water in a food grade plastic tank that gets the job done? Or does he want… nothing at all? 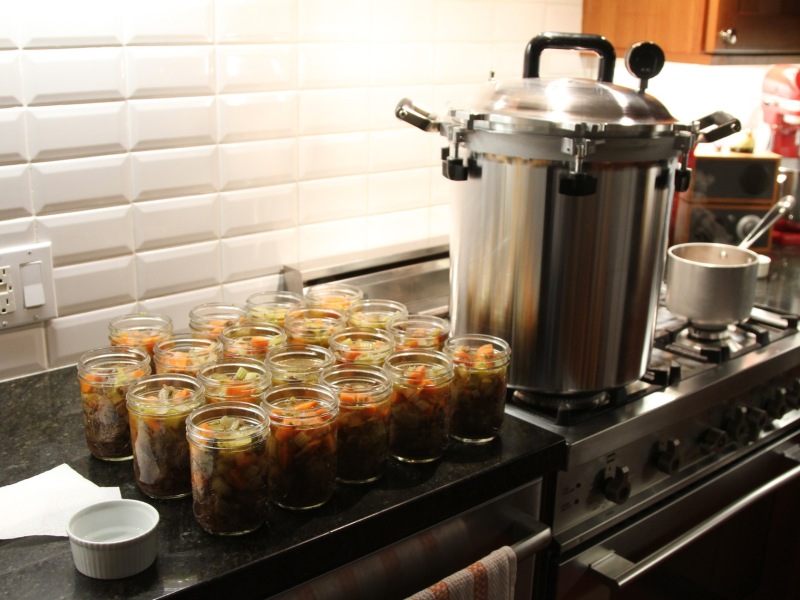 As the Covid-19 situation drags on in what is likely to be a multi-year semi-permanent on again off again condition I’m constantly updating my extended pantry system. I’ve been in communication with my fellow long time preppers and homesteaders around the country along with a newly formed colony of inquisitive acolytes. We’re all seeing the same things.

Just try to buy a deep freezer or pressure canner these days. They’re all sold out and on back order for months. The price of canning jars and lids has more than doubled since the Big Cooties hit five months ago and they aren’t always available. Emergency preparedness websites were picked clean in the early days of the Covid freak out and are only now partially catching up as supply chains wobble. I cringe as folks rush to buy gold at all time high prices in a panic as if it had talismanic powers. What good will a few Krugerrands do if you have no food in the house and the store shelves are bare? The time to acquire such things is always before a crisis hits, not in the middle of one. I was never in danger of running out of much of anything, but as stocks were drawn down these last few months I had to adapt and find new sources for replenishment. I’ve noticed the accelerated “dematerialization” of the retail economy as temporary workers in rented vans replace storefronts and full time employees. Products are now conjured from the ether and arrive directly from the cloud. It’s both more efficient and more precarious. 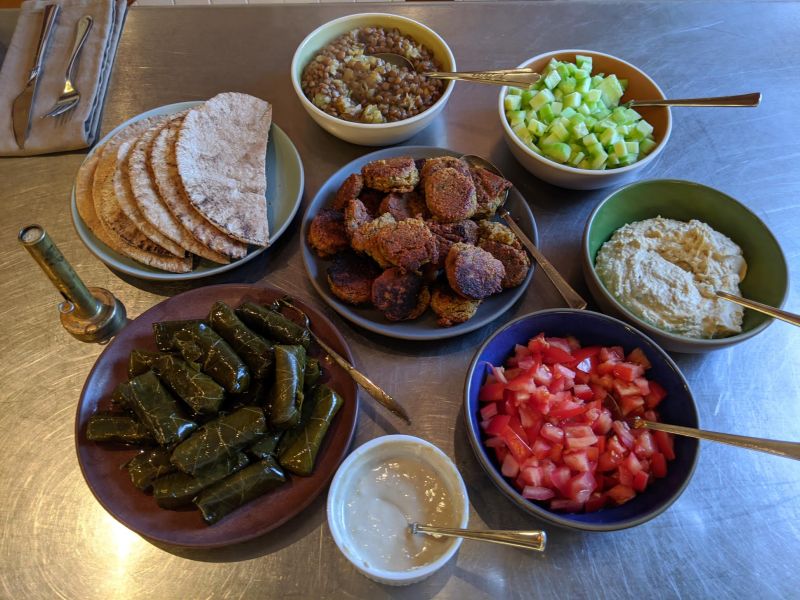 Last night dinner was mezze, a Middle Eastern style assortment of bread, lentils, hummus, vegetables, and so on. An Egyptian friend taught me how to make stuffed grape leaves a while back and I really love them. I have dried chickpeas and fava beans in great abundance, but I decided to test drive a restaurant supply falafel mix which I portioned out and vacuum sealed. It’s not bad and should keep long enough for many such meals over the coming year. I even have a little brass kitchen tool from Jordan that measures and scoops out the falafel mix for frying. Dinner at the lazaretto can be quite good if you plan ahead. Apples are abundant these days so I canned a few big batches of sauce. I enjoy these homespun projects and the peace that comes with knowing I could go a really long time without money or outside supplies and still put food on the table. The more unstable the world becomes the more I prefer to detach as a form of insurance. I upcycled the empty falafel mix bucket and put it to use turning the apple peelings into cider vinegar. A packet of champagne yeast and water are all that are needed to transform waste into something useful. These techniques have fallen out of favor for so long that the thought of making your own vinegar seems ridiculous – kind of like setting water aside for an earthquake. We neglect these things at our peril.